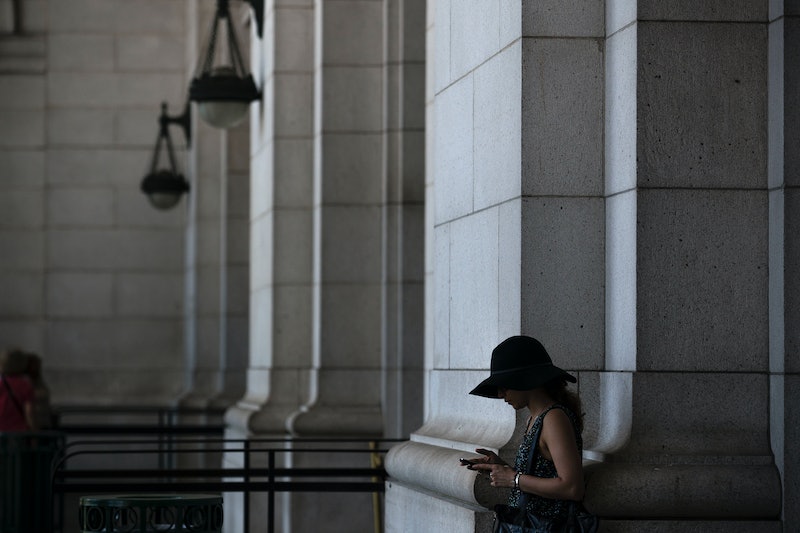 Can you name every social media account you've had in the last five years? That's one of the questions consular officials and customs agents are asking U.S. visa applicants now that the Trump administration has rolled out some controversial "extreme vetting" procedures. Under the new procedures, U.S. visa applicants are asked to supply their social media accounts for scrutiny along with a host of other information.

U.S. visa applicants must now reportedly provide the username of every social media account they've had in the last five years. That means a number of folks will be racking their brains to remember the details of the now-abandoned Livejournal account they kept in high school or the Vine/Foursquare/Tumblr accounts they'd totally forgot they opened. On top of their social media history, applicants are also asked to supply 15 years of biographical information — including residential, travel, and employment history — and five years worth of email addresses and phone numbers. The questionnaire even asks applicants to recount the source of the funds they used to pay for every trip they took outside their native country over the course of the last 15 years.

State Department officials reportedly told Reuters the more rigorous vetting will only be used for applicants "who have been determined to warrant additional security on connection with terrorism or other national-security related visa ineligibilities." However, immigration advocates and lawyers have voiced concerns that the extensive information asked for in the questionnaire is more likely to penalize applicants for an "honest mistake" like misremembering an old email or forgetting that YouTube is a social media website. They questioned the need for introducing more "extreme vetting" procedures to an already rigorous process.

"The United States has one of the most stringent visa application processes in the world," San Francisco-based attorney Babak Yousefzadeh told Reuters. "The need for tightening the application process further is really unknown and unclear."

But the Trump administration isn't responsible for bringing digital scrutiny to the U.S. visa application process. According to Fortune, the Department of Homeland Security first began requesting information about visitors' social media accounts last year while former President Barack Obama was in office. In April, under President Trump, the department announced intentions to expand screenings of phones and social media accounts to visitors and applicants that hail from countries considered to be close U.S. allies.

New questions regarding applicants' social media history are reportedly voluntary, although the questionnaire states that omitting the information may result in an individual's application being delayed or even prevented from being processed.