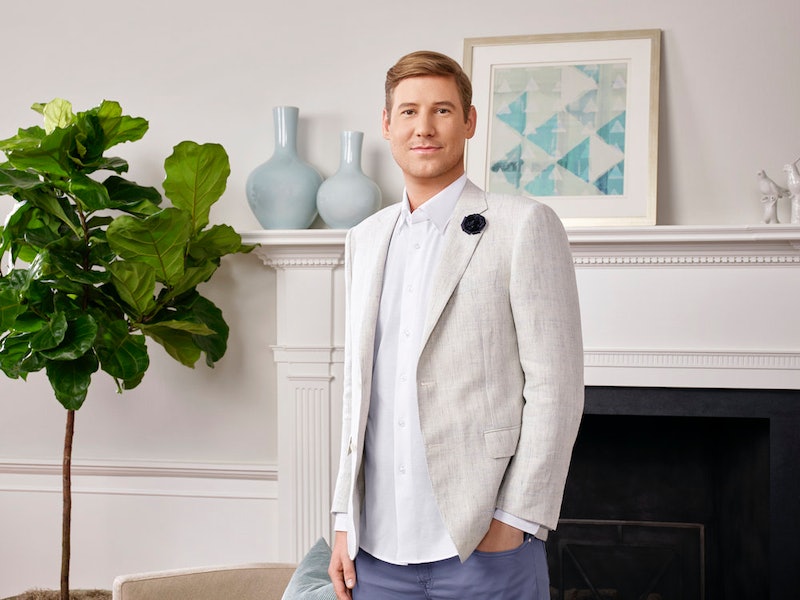 On Southern Charm as it's currently airing, Austen and Madison are very much broken up. After an intervention from Shep and Craig (yes, because everyone should take dating advice from them), Austen ended things with Madison after infidelity rumors (on both sides) got the better of their relationship. But they reconciled at some point, because Southern Charm stars Austen and Madison are still dating in 2019.

According to Us Weekly, Southern Charm Season 6 began filming in October of 2018. A lot of time has passed since then, and Austen and Madison decided to give things another try. As Lindsay Denninger previously reported for Bustle, Madison later told a fan on Instagram why she and Austen gave each other second chances. "Like every relationship — we have went through a few bumps in the road to get where we are now. A video taken several months ago, while we weren’t in a relationship is showing one side of a story, this will not tear us apart," she said. "We chose to forgive, forget and move forward with a fresh start.”

Later, in an interview with Entertainment Tonight published in May, Austen confirmed, "The relationship is intact today." The interviewer then asked if Madison was "the one" for him. Austen seemed flustered by the question, eventually answering, "We'll just see."

The two are pretty chummy on Instagram, though, so it definitely could be leading to "the one" territory.

They Had A Staycation in Kiawah Island, South Carolina

They looked pretty cozy on this March 2019 trip.

Madison Posted Her Own Sweet Photo From The Vacation

She captioned this shot, "ILY from my head to my toes."

She Was There To Support His New Beer

In early March, Austen attended an event on behalf of his beer TropHop, and Madison was right by his side (even though she's seemingly drinking wine?).

They Celebrated A Special One Year Anniversary

They Also Hung Out In The Isle of Palms With Friends

Yep, that's Austen and Madison with Naomie and Kathryn and some of their other friends in late April.

Most of the couple's new joint photos started appearing in March and April of this year, so that could be around the time when they reconciled. Depending on when Southern Charm finished filming, it may not make it to when they got back together. But, expect Austen to dish all during the reunion which gets taped later.

Austen never really seemed like he wanted to break up with Madison in the first place. He was prodded along by Craig and Shep, and he seemed truly devastated afterwards. If that decision wasn't really even solely his to begin with, it's not surprising that he didn't stick with it. The full story will eventually come out either on the Season 6 reunion or in Season 7, but, for now, Austen and Madison have put the past behind them and are moving on through life together — whether Shep and Craig like it or not.