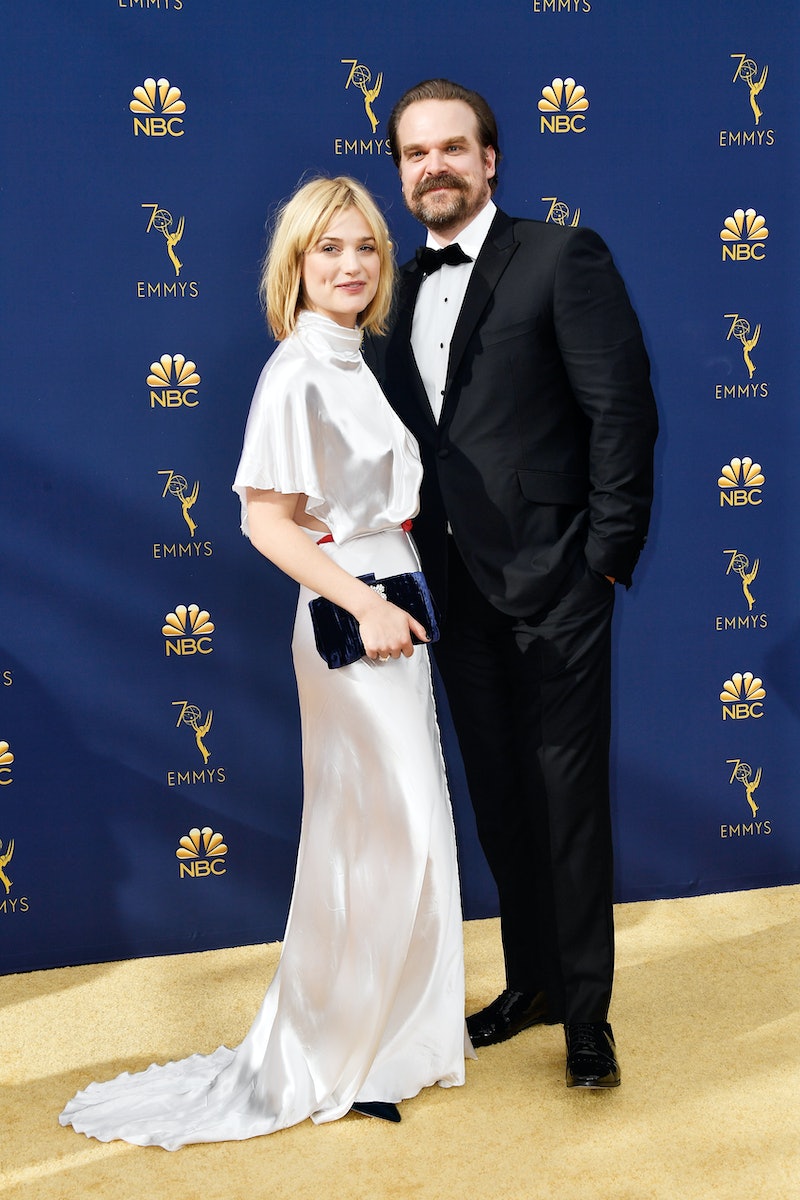 It's impossible not to fall in love with Jim Hopper from Stranger Things, however, his real life counterpart is just as beloved by fans, which is why many of you out there may be wondering about his current relationship status. Are David Harbour and Allison Sudol still together? The duo have been dating for quite some time now, according to various reports. And as far as anyone can tell right now, the couple remain a solid item even to this day. In fact, their Instagrams are pretty much the definition of #relationshipgoals and indicates that the Stranger Things star may have very well found his perfect match.

If you're thinking that Sudol looks very familiar, it probably has something to do with the fact that she currently stars in the Fantastic Beast films, Fantastic Beasts And Where To Find Them and Fantastic Beasts: The Crimes of Grindelwald, portraying the role of Queenie Goldstein. She's also a talented musician and served as the lead singer of the indie folk band A Fine Frenzy. Harbour has been very supportive of both of her budding careers in the past, posting clips of her songs and praising her work in the Fantastic Beasts franchise on his social media.

"She’s very sad in it. She wrote it before she met me. Luckily. Because after meeting me, your life becomes unbearably happy and you can never write sad songs again. You can only write about sh*tting rainbows and farting glitter. Cause you’re so. Damn. Happy."

And when they aren't too busy supporting each other, they've been known to partake in a little Christmas caroling when the mood strikes them around the holiday season.

Esquire reported in an interview with Harbour last month that the actor was, in fact, not only still seeing Sudol, but that the two of them actually now have a puppy named Gertie after Drew Barrymore’s character in E.T. Needless to say, their relationship only continues to get more and more adorable as time goes on.

Harbour and Sudol first went public with their romance back in 2018 when they attended both the Golden Globes and the Critics’ Choice Awards together. From there, as they say, the rest is history. Nowadays, neither actor holds back on gushing about the other, making it clear just how happy they are to be sharing their life together.

"Ok so I did a lovey dovey post on valentine’s day and too much public squishiness makes both of us feel funny. so I’ll contain myself," Sudol wrote in an Instagram post back in April about Harbour. "But it’s this guy’s birthday, and all I’ve got to say is, I’m really, really glad you were born, @dkharbour - you really are the all of it."

It's unclear whether or not any wedding bells may be in their future, but quite honestly, it doesn't really matter so long as they're both happy. If things keep progressing the way they are, this Hollywood romance could be for keeps.

More like this
'The Queen’s Gambit' Season 2 Tweet Wasn’t From Anya Taylor-Joy
By Mary Kate McGrath, Jack Irvin and Grace Wehniainen
RHOP’s Robyn Dixon Explained Why Juan Paid For Another Woman's Hotel Room
By Brad Witter
'RHOP' Stars Robyn & Juan Reportedly Got Remarried & Filmed The Ceremony
By Brad Witter
Netflix Shut Down 'Bridgerton' S3 Rumours About A “Very Dark” Storyline
By Bustle
Get Even More From Bustle — Sign Up For The Newsletter
From hair trends to relationship advice, our daily newsletter has everything you need to sound like a person who’s on TikTok, even if you aren’t.