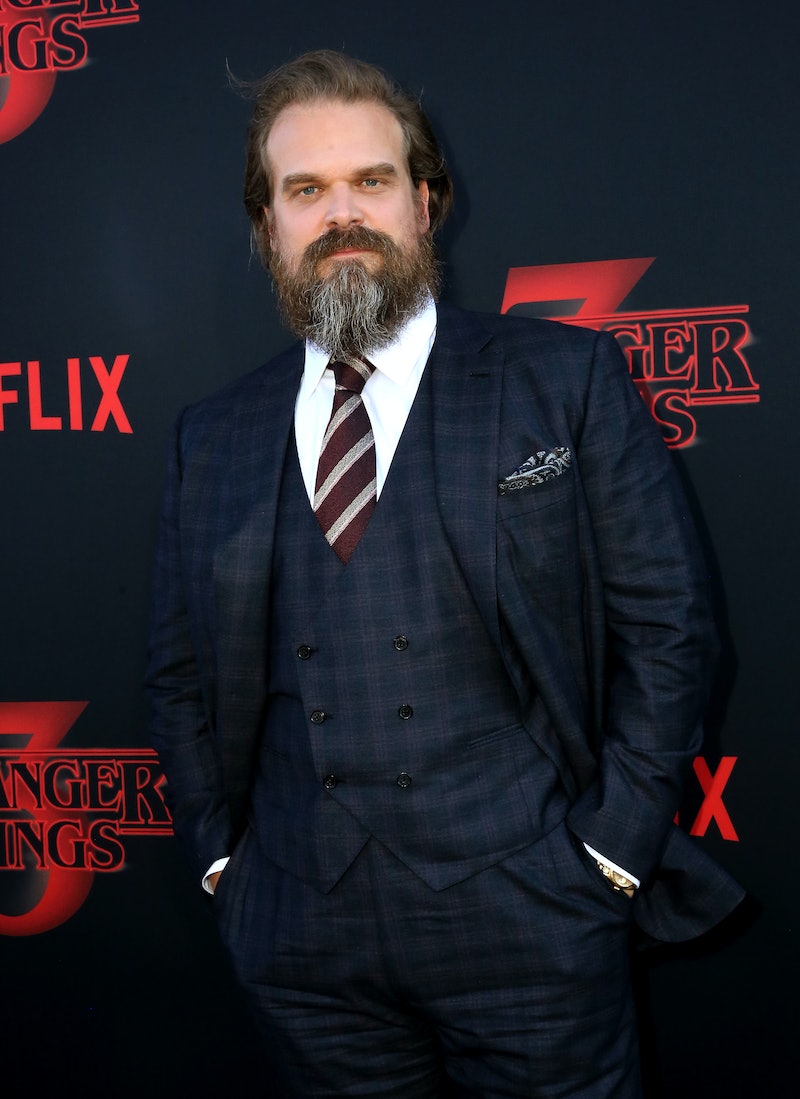 After a PDA-filled weekend in New York City, Lily Allen and David Harbour seem to be taking their relationship public. The couple was first snapped casually hanging out in London this summer, but following the Stranger Things star’s Saturday Night Live hosting gig this weekend, things between them seem anything but casual. (Bustle reached out to reps for Harbour and Allen for comment, but did not receive an immediate response.)

In early August, Harbour and Allen were spotted spending time together in the singer's hometown of London, where the pair reportedly caught a performance of The Lehman Trilogy, grabbed dinner, and scooted off together in a cab, according to E! News. The whole thing sounded pretty casual at the time, but some recent developments (read: PDA) suggest their relationship has since headed in a more romantic direction.

When Habour hosted SNL on Oct. 12, the actor put his newly-jacked arms on display while portraying a tank top-sporting cycling instructor, which resulted in some serious Twitter thirst. Allen was pretty impressed with Harbour's biceps too, since the day after the episode aired, she posted a zoomed-in shot of his muscles on Instagram Story and wrote "mine."

Allen was partially responsible for a second viral sketch from Harbour's time on the show. According to a tweet from writer SNL Streeter Seidell, Allen had a hand in developing the "Grouch" digital short (a Joker and Sesame Street mash-up), although it's unclear how big of a role the singer played in the sketch's development. According to E! News, Harbour and Allen also went to the SNL afterparty together, and they were accompanied by none other than Harbour's father, Kenneth.

Allen was most recently linked to MC Meridian Dan, but the couple broke up in January after three years of dating. Prior to Dan, Allen was married to Sam Cooper for five years — the pair got hitched back in 2011, split in 2016, and just finalized their divorce last summer. They share custody of their two daughters — Ethel, 7, and Marnie, 6 — and are "both really friendly" with one another, according to a talk show interview Allen gave in June 2018.

Harbour, for his part, had been dating Fantastic Beasts and Where to Find Them star Alison Sudol since around January 2018. They reportedly split in July 2019, according to a source for Us Weekly, not long before he and Allen were first spotted together. So far, it's unclear how or when Allen and Harbour originally crossed paths. But based on all the evidence so far, they're enjoying each other's company.