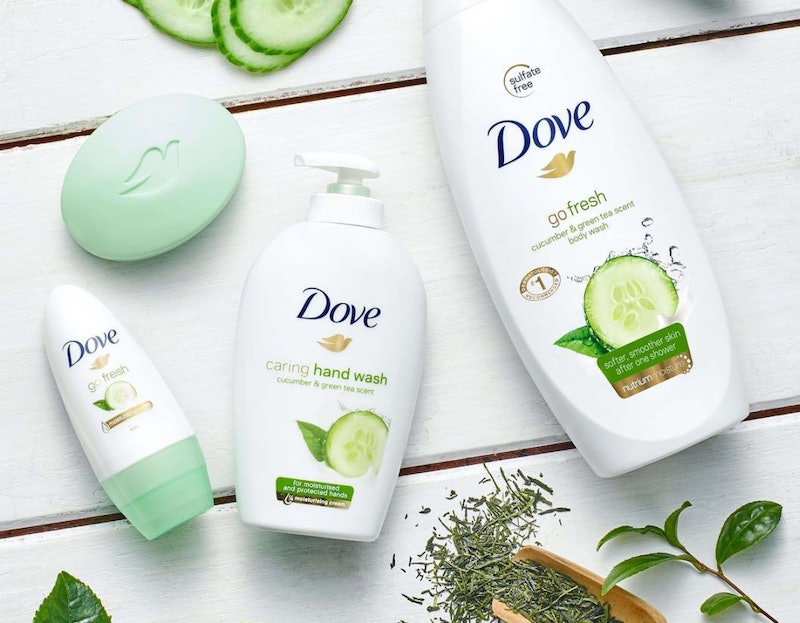 There are innumerable brands and offerings lining the personal care shelves of retailers from Sephora to CVS. Prettily packaged products that smell, feel, and make you look good are readily available. Choosing among them is difficult. Drugstore behemoth Dove is officially a cruelty-free brand sanctioned by PETA. This news reminds us that many shoppers wade through the product ether and ultimately purchase items that align with and support their personal beliefs.

This news highlights the customer's desire for transparency and their need and right to know what goes into the creation of the products they use. It's also a big deal for the brand for many reasons.

Since consumers with animal sympathies answer with their dollars, many shoppers were apparently avoiding Dove out of concern over its animal friendliness — or lack thereof. There was an absence of the full complement of information and a clear divide between the brand's image and its practices — since Dove has actually been cultivating this status for three decades.

For over 30 years, Dove has used multiple alternative, non-animal approaches, such as computer and cell-based models, to test the safety of its products and ingredients.

In a further critical move, the company has removed all testing of its products by governments on the brand's behalf.

Many shoppers will still eschew brands whose products are still tested on animals in overseas markets even if they don't participate in such horrific practices domestically or directly. Dove has now removed this action from the equation, which is great news for our furry friends.

These moves open Dove up to a wider customer base. It appears that the public was never quite sure about Dove's cruelty-free status, as evidenced by the social media comments that brand shared with Bustle. Those are posted below.

Consumers were vocal about not purchasing Dove products due to concerns about its animal policies.

The effects of not having the correct information are far-reaching and effect not only perception but also the bottom line.

In the press materials the brand sent to Bustle, Dove pointed to a recent study which indicates that nearly two-thirds of the world's consumers will either buy or boycott a brand based on personal beliefs. If a brand's ethos falls in line with one beliefs, they support it. If it doesn't, they shop elsewhere.

Dove listened to consumers and decided that supporting their values and not harming animals is paramount.

Beginning in 2019, all Dove products will feature PETA's cruelty-free symbol on the packaging. While PETA itself can be controversial for some of its tactics and outward displays, the fact that Dove is celebrating its cruelty-free status should not be downplayed.

The cruelty-free PETA stamp clarifies and magnifies the brand's animal testing stance. "Cruelty-free" means that animals were not used in, harmed, or killed during the manufacturing of the products. "Vegan" status means that no animal byproducts or animal-derived ingredients are used in the products. Dove is not being labeld as "vegan" at this time.

If your animal sympathies extend to your personal care purchases, then you can feel good about buying and using Dove products.

Of course there were further inquiries about Dove being certified cruelty-free. The brand was both revelatory and responsive to these asks in the comments of the Instagram post revealing its cruelty-free designation.

Some consumers still inquired about the brand's methodologies and Dove answered.

Here is further clarity on the animal testing policy. Dove appears fully committed to being cruelty-free and will pull product from the marketplace if other agencies attempt to conduct animal tests on their suite of products.

You can shop Dove with confidence and a conscience and not worry about using a product that smells good and smooths skin having harmed that of another living, breathing creature. You can look good and feel better about using the Dove assortment of body washes, lotions, and shampoos.