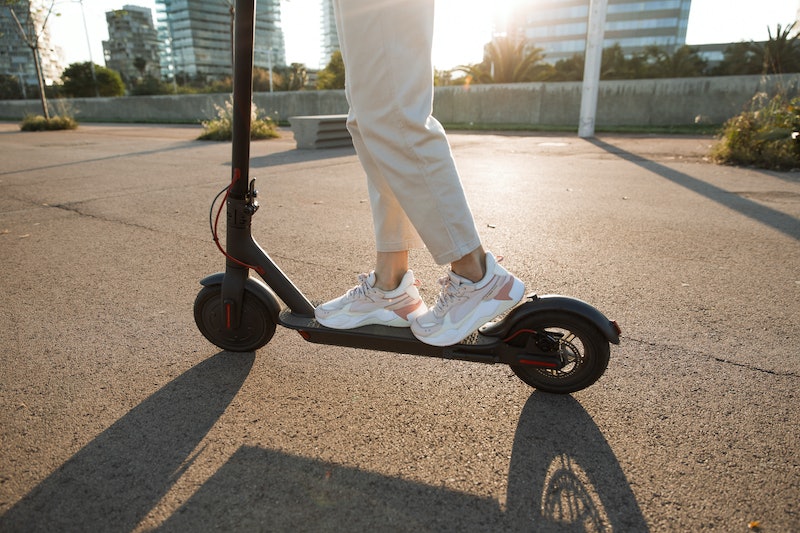 Technically, UK law bans the use of electric scooters on public roads and pavements — and yet you've probably encountered them on your daily commute all the same. But are electric scooters safe? According to a new study from Rutgers University, in the U.S., head and facial injuries sustained while riding the scooters have tripled between 2008 and 2017, and over half of those injured weren't wearing helmets at the time.

Published in the American Journal of Otolaryngology, the study used data from around 100 hospitals in the U.S., collected in the Consumer Product Safety Commission’s National Electronic Injury Surveillance System. The surveillance system extrapolates the data from these hospitals to create an estimated national figure. Between 2008 and 2017, 990 head and facial injuries were recorded by the hospitals, leading to a national estimate of 32,000 such injuries. In 2008, the national estimate was 2,325; by 2017, it rose to 6,947.

The most common injuries were "closed head injuries" — bruising or bleeding of the brain, for instance, or concussion. Cuts or abrasions to the face were the second most frequent injury. Alarmingly, around 5 percent of head and facial injuries were fractures, typically of the nose or skull. And of the incidents where the use of a helmet was recorded? A staggering 66 percent of scooter riders who were injured weren't wearing one.

The majority of the scooter riders who sustained an injury were adult men, between the ages of 19 and 65, but a third were children between 6 and 12, the researchers found. Coauthor Amishav Bresler, resident at Rutgers New Jersey Medical School, said in a press release, "Children use motorized scooters marketed as toys, but in reality, certain models can reach speeds of almost 30 miles per hour."

Earlier this month, a scooter rider died after he was hit by a truck in Paris, where electric scooters are legal and U.S. rental firms like Lime are popular, CNN reported. In May, France banned the use of electric scooters on pavements. A U.S. government study released the same month found that of injured riders, a third were injured on their very first ride.

In the UK, as the Observer reports, electric scooters remain illegal: if you ride one on the pavement, you contravene the Highway Act of 1835, while if you're riding on the road, you're almost certainly violating the Road Traffic Act of 1988. But that could soon change: Jesse Norman, the Department for Transport's former minister of state, told the newspaper in March that he would "look quite closely" at how electric scooters, electric bikes and other similar vehicles "might be either permitted or licenced or regulated to go on to the road, or other forms of land."

"At the moment, you cannot legally ride a scooter on a UK road or pavement, but we see a lot of them being ridden and they’re not on private land," he added. "There’s a question of how we react to that. And that, in turn, relates to a question about safety. We want to create a transport system that is as safe, resilient and convenient as possible." If they are eventually legalised in the UK (and rental firms like Lime and Bird enter the market)? Please invest in a helmet before you step aboard.