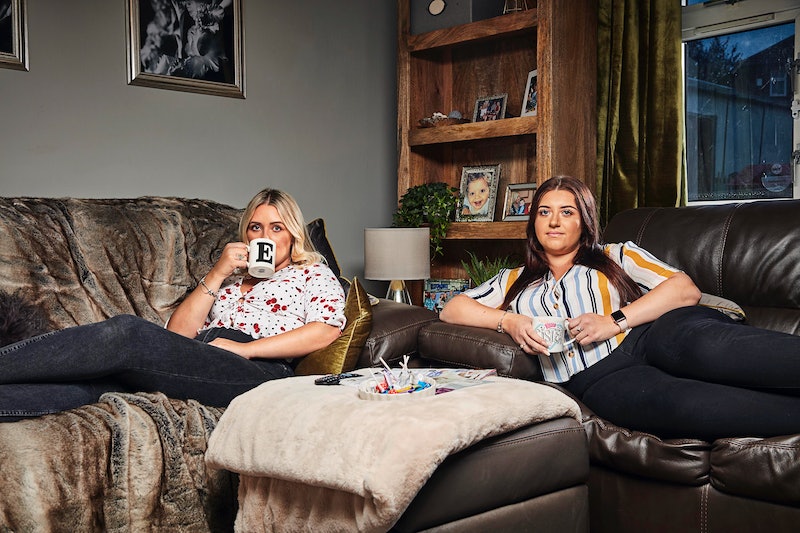 When Channel 4 launched Gogglebox, TV fans were excited to see a fresh new take on the reality TV genre. The show offers viewers the chance to literally see their experiences reflected, as the whole idea is that they watch people watching TV. However, with a show as unvarnished as this one, there's bound to be some moments of controversy, just like to one that happened last week with sisters Izzi and Ellie. But, after all the outrage they caused, are Izzi and Ellie still on Gogglebox?

Although they fast became a hit with Gogglebox fans when they first appeared on the show back in 2015, Izzi and Ellie have fallen out of favour due to a discussion had in a recent episode, which aired on Friday Sept. 20.

While watching the 2019 World Chase Tag Championships, the two girls were chatting about their experiences of the playground game. It was then that Ellie admitted to playing a version of the game with her friends in which they grabbed each other's "boobs and bum" and shouted "me too" when they were caught.

The comment immediately sparked backlash, with viewers taking to Twitter to express the their shock at the conversation.

"Who's idea was it to keep the #metoo tag game in #Gogglebox?" one wrote. Another said: "Ellie from gogglebox making a joke about the me too movement after wearing a girls support girls t shirt...hypocrisy at its finest."

Things got even worse when the sisters returned to the show in the following episode on Friday Sept. 27. "Why are Ellie and Izzi still on #Gogglebox after their awful #MeToo comments last week? It's disgraceful. @Channel4 Get rid of them!" one viewer wrote after seeing them on screen. "When are they going to get rid of Ellie and Izzi? #Gogglebox" another person asked.

Whether Ellie and Izzi will be in tonight's (Oct. 4) episode remains to be seen. I have reached out to a rep at Channel 4 to ask about the girls' future on the show, and whether the network has any official comment about the situation. I'll let you know if I hear anything.

This isn't the first time the pair have come under fire from fans. Back in March of this year, viewers were unhappy when one shot appeared to show Ellie pushing her dog Mick off the table. As the Daily Mail reported at the time, one Twitter user wrote "Actually disgusting the way she shoved the dog to the floor. One even went so far as to get the RSPCA involved, tweeting at them, "Dog Abuse #Gogglebox @RSPCA_official," the newspaper reported.

After this, Ellie took to her Twitter account to apologise. "Sorry everyone was scolded by burning hot beans, the foot stool is literally a foot from the floor so mick was not hurt," she wrote, before continuing: "I love my dog and would never hurt him and I also would not let him eat Kentucky fried chicken as it is not suitable food for dogs."

More like this
Yes, Luca Bish Really Doesn’t Drink Alcohol
By Shahed Ezaydi and Sophie McEvoy
Winter 'Love Island' Is Officially Coming Back & Twitter Has Thoughts
By Sam Ramsden
'Love Island’s Latest Bombshell Has His Mind Set On One Girl In Particular
By Sophie McEvoy
Twitter Has *Many* Thoughts On Amber & Ikenna’s Dumping From ‘Love Island’
By Frances Stewart
Get The Very Best Of Bustle/UK