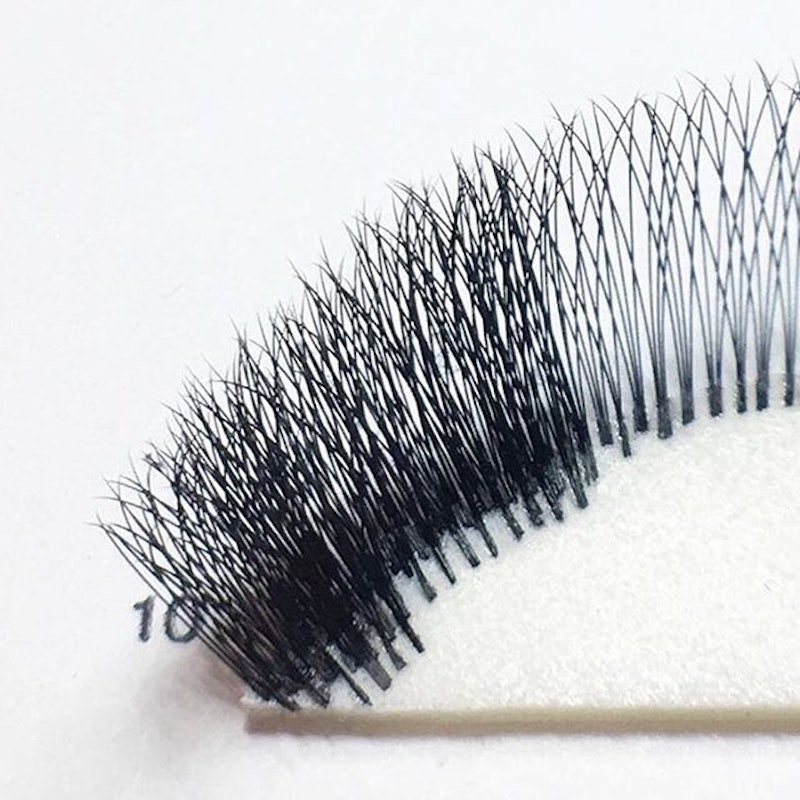 It may seem crazy to spend $200-300 once a month to get your lashes done, but the reality is that you get what you pay for. Not only do cheap lash extensions fall out much more quickly, but they can have seriously harmful effects on your eyes, skin and lashes. "When you cheapen out on this service, it’s most likely not done right and with low quality product applied by inexperienced artists causing costly results," says Courtney Buhler, CEO & Founder of Sugarlash PRO.

Case in point: A friend of mine once got "affordable" lash extensions the day before a big event, and ended up with her eyes swollen shut. Not only did it ruin her day (and kept her out of all the photographs) but it left her in horrible pain, which scared her away from lash extensions forever.

If that personal anecdote isn't enough to scare you away from going cheap (though trust me, if you had seen it in person, it would be) here are five reasons why you should splurge on lashes to make sure they're done right.

Just like you wouldn't let an inexperienced waxer near your bikini line, you shouldn't let an inexperienced lash-pro near your eyeballs. "The skin under our eyes is the thinnest skin on the human body, making it susceptible to irritation," says Buhler. "Experienced artists know that eyelash extensions do not touch the skin," and this can mean the difference between gorgeous looking eyelashes or a nasty infection. Yes, this may mean the extensions cost more money, but for this reason alone spending a few extra dollars for lash extensions is absolutely worth it."

Cheap services tend to use cheap products, which can do serious damage to the skin around you eyes. "The cheap services use harsh products that often contact the skin causing negative reactions leaving eyes swollen, red and even infected," says Buhler. And who cares if you have amazing looking lashes if your eyes are swollen shut? It's definitely not a good look.

This should be pretty obvious, but not all eyelashes are created equally, and therefore we can't all use the same type or size of fake lash. "When you opt for cheap lash extensions, it’s often a one-size-fits-all service when in fact, everyone’s natural lashes are different," says Buhler. This can lead to problems with the skin, eyes and lashes, so it's better to work with someone who knows how to properly fit fake lashes to work properly with the ones you already have.

Having long, luxurious eyelashes is awesome, but not at the expense of your real lashes. "Top artists apply only what you can handle, allowing your natural lash to continue its natural growth and shedding cycle," says Buhler. "The cheap version will cause stress to the follicle and ultimately damage your natural lashes." Make sure you work with someone who won't permanently destroy your real lashes, otherwise you'll be stuck getting (and paying for) falsies for the rest of your life.

With all of that in mind, there's one more important factor to consider: Cheap lash extensions simply don't last. "Even though you may have saved on the first application, you’ll be right back in half the time that you would if you opted for a luxury lash extension application," says Buhler. Ultimately, you'll end up spending more, so you may as well get the best product you can the first time around.