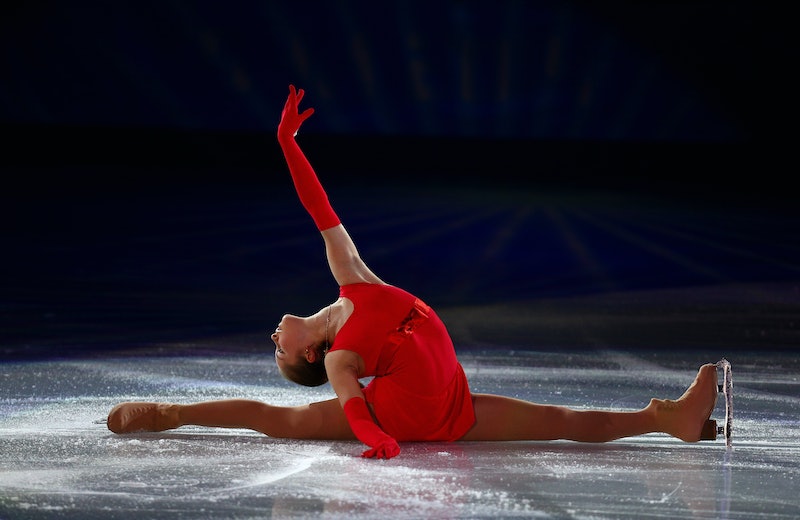 When it comes to who leaves PyeongChang, South Korea with a medal, and who goes home empty-handed, Olympic figure skating judges hold all the power. Unlike sports that involve a quantifiable race or mark, like running or skiing, the figure skating scoring system is more subjective. Unfortunately, figure skating has also gained notoriety for its scandals, and whether figure skating judges are biased has been debated for years.

Ahead of the 2018 Winter Olympics, NBC News found that 33 of 164 judges eligible to officiate PyeongChang's figure skating competitions have held leadership positions in their respective national skating federations. Of the 48 officials listed on the PyeongChang 2018 website, 11 either currently or previously worked for a national federation.

Making the scoring even more controversial, there has been no dearth of uncovered conspiracies to fix competition results in the sport's history.

In 1998, A Ukrainian judge was suspended for a year after caught on tape detailing which skaters would medal before the Winter Olympic competition took place. And the following year, two Russia and Ukrainian judges were suspended after they were caught exchanging signals during the world championships.

More recently, the world was stunned when Russian figure skater Adelina Sotnikova was awarded a gold medal over South Korean skater Yuna Kim, who was seen as a shoe-in for gold at the 2014 Winter Olympics. Two Russian judges were on the panel that gave Sotnikova the highest scores of her career, one of whom was married to a Russian skating federation official.

However, the ISU rejected Korea's complaints and refused to fire the judge in question. The ISU wrote in its official decision: "When leaving the judges' stands at the end of the ladies’ free program, the official duties of the office of the judges at that competition were completed."

Both ski jumping and figure skating have nationalistic judging biases, where judges give higher scores to athletes from their countries. But the sports take very different approaches to dealing with this. Ski jumping has its international federation select the judges for competitions like the Olympics, and I find that they select the least biased judges. Figure skating lets its national federations select the judges, and my research showed that they select the most biased judges.

While the Russian judge who stirred controversy at the 2014 Games wasn't dismissed, the punishment for those who are found guilty of deliberate bias raises other concerns about the integrity of figure skating's scoring. The judges suspended in 2002, 1999, and 1998 were just that: suspended. They were not fired. Their accreditation was not revoked. That isn't to say they jumped back into judging positions, but they were only banned for a maximum of three years.