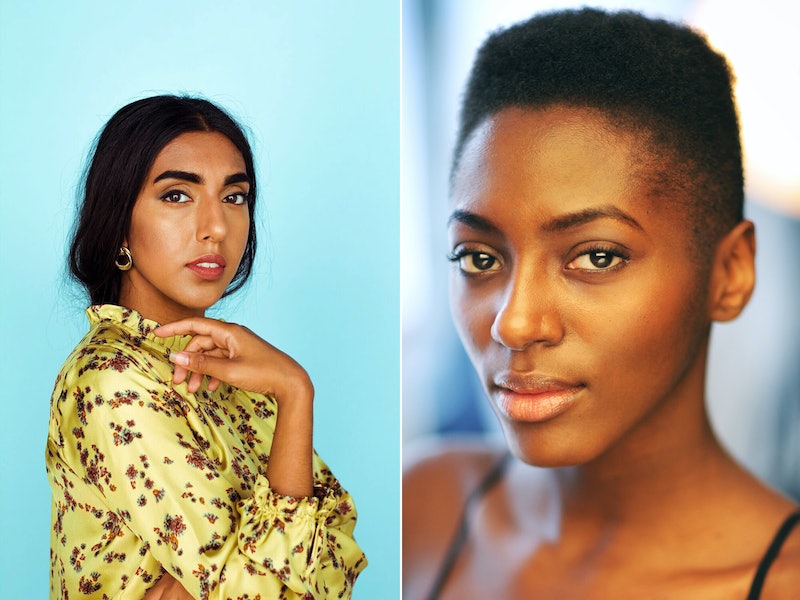 Collectively, they’ve assembled millions of Instagram followers. Some have even garnered a celebrity following. More often than not, that social media-fueled fanbase is translating to book sales. Rupi Kaur, Amanda Lovelace, Yrsa Daley-Ward, Lang Leav, Nayyirah Waheed, Warsan Shire — the ‘Instapoets’ who, among others, are not only responsible for poetry going viral at a time when the genre was alleged to be all but dead, but are stacking up plenty of print bestsellers as well. (It is worth noting that Shire — who many consider the OG of social media poets — is known for her Tumblr and Twitter, but still boasts over 40.4K followers on her poetry-free Instagram account.) Market research has shown that as sales of these poets’ collections skyrocket, poetry sales on the whole are increasing as well.

So why do so many fellow writers, and so-called ‘poetry traditionalists’, hate them?

Their work has been called contrived, reductive, formulaic, shallow, lacking in both form and content, transient and trivial, low-brow and cliché. They’ve been accused of everything from unoriginality to blatant plagiarism; critiqued for their accessibility, sharability, and marketability. They’re mocked through memes and social media profiles that parody their work. Poets who themselves have suffered limited success use online forums to bemoan the post-graduate writing workshops that cost more than the average first collection of poetry earns, while these Instapoets clog up the market with their minimalist one-liners. Bestselling authors take to Twitter to disparage the Instapoets under the thin guise of thoughtful discourse. Critiques range from actual thoughtful discourse to outright bullying. Even those who tepidly recognize the value these writers hold in the literary sphere are careful to clarify that while they might enjoy the occasional dose of Instagram poetry, their shelves are still stocked with Frost, Whitman, Eliot, Keats, Plath, and Ginsberg.

Readers and critics everywhere are wondering: are these Instapoets a corruption of poetry, or a revival?

Kaur, the young, Indian-Canadian poet and bestselling author of milk and honey and the sun and her flowers, has by far born the brunt of these critiques. For every positive review of Kaur's work there is at least one scathing critique, ranging from actual engagement with her writing to cheap shots claiming she's commodified her South Asian heritage. But the writers who join her on the poetic pillory are almost always also young and female themselves — and, as even positive reviewers will sanctimoniously note, their readers are as well. (“Young” and “female” to mean “too young” and “too female”, and therefore not capable of or interested in engaging with serious poetry.)

Certainly, there are plenty of male — or, presumably male, in this anonymous online world — Instapoets as well, several who have risen to similar levels of pop-stardom as Instapoetry’s women writers: Tyler Knott Gregson, Christopher Poindexter, Michael Faudet, R.M. Drake, RM Broderick, Atticus. Yet, on the whole, they’re subject to far less criticism. When they are critiqued, those critiques rarely go viral. Though the vast majority of Instapoets — male or female — explore similar themes: love and lust, relationships and heartbreak, identity and empowerment, it is too-often only the female Instapoets for whom such themes are reductive.

Is this just the same old snobby, misogynistic elitism that women writers and artists have been subject to since the beginning of time? After all, Ernest Hemingway wrote (minimalist prose) about erectile dysfunction, Raymond Carver wrote (minimalist poetry) about love, volume upon volume of war stories have been written and published and rewritten and republished — all to timeless critical acclaim. But women penning their own experiences to page are mere composers of confessional chick-lit. Or, in the case of the Instapoets, confessional click bait.

But here’s the thing about Instagram poetry: on a basic level, these Instapoets are scrollable. Their words are already at the fingertips of every reader glued to their smartphone. Would grabbing a print collection or anthology before I walk out the door every day have the same effect? Certainly. But for most people, carrying a book everywhere isn’t quite as ubiquitous as Rory Gilmore made it seem. And personally, I like the fact that sometimes, when I’m looking for a really great cat meme, I stumble across a poem instead.

These Instapoets are also meeting a certain set of values held by the modern reader — in the same way that poets like Frost, Whitman, Eliot, Keats, Plath, and Ginsberg engaged the values of the poetry readers of their respective generations. The Instapoets are sharable; they’re screenshot-able; they’re easy to recall if one is in need of an inspirational quote or late-in-the-day mantra or an impulsive Saturday night tattoo. And, they’re relatable. Damn right, Amanda Lovelace, I might think after a particularly man-splainy encounter, my bitch-fire will survive them all. Or, right on, Nayyirah Waheed, after an argument with a friend, I too deserve someone who supports my breath. They’re making not just poetry more accessible to the Millennial and post-Millennial reader, but the themes poetry addresses more accessible as well — and since when is the complexity of love, or culture, or domestic violence, or feminism contingent on the number of words used to describe them or the medium through which those words can be found?

They’re also daring to fill the almost suffocatingly toxic landscape of social media with a little beauty. A little vulnerability. Do I wring my hands and furrow my brow over Rupi Kaur’s latest Instagram post in the same way I would over, say, Shakespeare’s 107th Sonnet? No. But also, maybe? While the brow-furrowing inspired by Shakespeare has everything to do with the poet's actual words on the physical page, the thought that goes into digesting Kaur’s (and others’) work has to do with the issues her verse makes me consider in my own life and the lives that exist around me. Where Kaur’s poem acts as the jumping off point for considering universal experiences of love and loss and pain and redemption, Shakespeare’s 107th sonnet is the whole point. Perhaps it’s not that one is any more or less “poetry” than the other, but rather that different kinds of poetry appeal to readers at different times, for different reasons.

One need only be reminded of the Beat poets — similarly maligned writers categorized by a folksy moniker and reduced, in their time, to non-conforming hedonists whose work was generally considered undeveloped, experimental, spontaneous junk. Yet, love them or hate them, few would make the case that writers like Burroughs, Ginsberg, and Kerouac don’t deserve their place on the shelves of enduring, important literature. In time, is it not likely that Kaur, Lovelace, Waheed, and others will join them? Perhaps the Instapoets are nothing more or less in 2018 than what the Beat poets were in 1950: neither a corruption of poetry, nor a revival, but simply a band of writers doing what writers and creatives have always done: examining their present moment and turning that moment into art.

More like this
Prince Harry Incorrectly Recites Christina Aguilera’s “Genie In A Bottle” Lyrics
By Jake Viswanath
Ashamed Of Your Screen Time Stats? Here's How To Change That
By Alexis Morillo
Learning To Love, Not Judge, The Lunchbox Wives Of TikTok
By Esther Zuckerman
How To Turn Off TikTok Profile Views So You Can Stalk Other Accounts In Secret
By Alexis Morillo
Get Even More From Bustle — Sign Up For The Newsletter
From hair trends to relationship advice, our daily newsletter has everything you need to sound like a person who’s on TikTok, even if you aren’t.