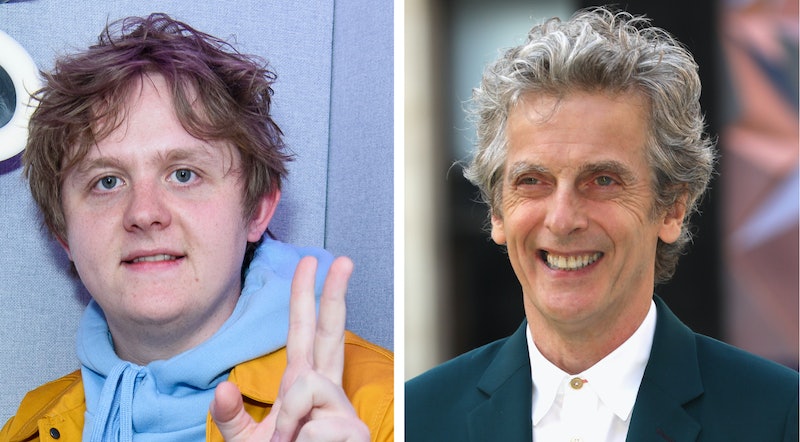 He is the singing sensation that has shot to the top of the charts in the last year and may be the funniest man on social media. It is impossible not to like Lewis Capaldi. From his amazing chart topping songs to the best use of Instagram stories I have ever seen, he is the perfect kind of A-list celebrity: undoubtedly talented and completely relatable. But he also shares his name with another British legend and it has got fans wondering are Lewis and Peter Capaldi related? Peter Capaldi is acting royalty taking on roles on both stage and screen. And it turns out fans were right to question whether the superstar pair were in some way connected, as talent seems to run pretty strong in the Capaldi clan.

It was impossible not to wonder if the Doctor Who star was a relation of Lewis Capaldi’s after he starred in the music video for his smash hit single “Someone You Loved” in Nov. 2018. In an interview with The Sun Lewis Capaldi revealed when they pair met “we were just trying to work out how exactly how we’re related. Like my great gran was his auntie or something.” He continued:

“It was very confusing f***ing thing but he was very complimentary, it was very nice about the show and he seemed to really enjoy it. I’m a big fan of his work as well so we were just mutually complementing each other.”

It transpired that Peter Capaldi is the second cousin of Lewis’ dad, according to The Sun. While the pair may be related, they hadn’t met until Peter attended one of Lewis’ shows. As the singer revealed to Heat World:

“Despite being related, prior to the video I’d only met Peter once when he came along to a show of mine in London last year. It was such a massive honour getting to work with him and director Phil Beastall over the two days we shot. He’s absolutely incredible in the video and I’m so proud of how it turned out.”

He may have a BRITs nomination underneath his belt and 510,000 thousand followers on twitter but Capaldi has managed to remain grounded. From his hilarious tour escapades, which he shares with his social media followers, to turning up to serve people at Greggs, he seems like a completely ordinary guy. Speaking to the BBC he said, "I don't think I'm a pop star necessarily. I don't think I have the poise or grace or air about me for that. I'm a singer — I've definitely done that a lot!” He continued:

"People just like to know where their stuff is coming from in 2019, whether that's food or meat or vegetables. People want to know it's not genetically modified and they want to know that music is coming from someone that talks about going to bathroom as much I do."

The fact that Lewis and Peter Capaldi could collaborate on a music video after having never met is a pretty cool thing. It would seem it is only onwards and upwards for Lewis Capaldi, as he has just upgraded his arena tour in 2020. If you are as desperate to see him live as I am, watch this space.