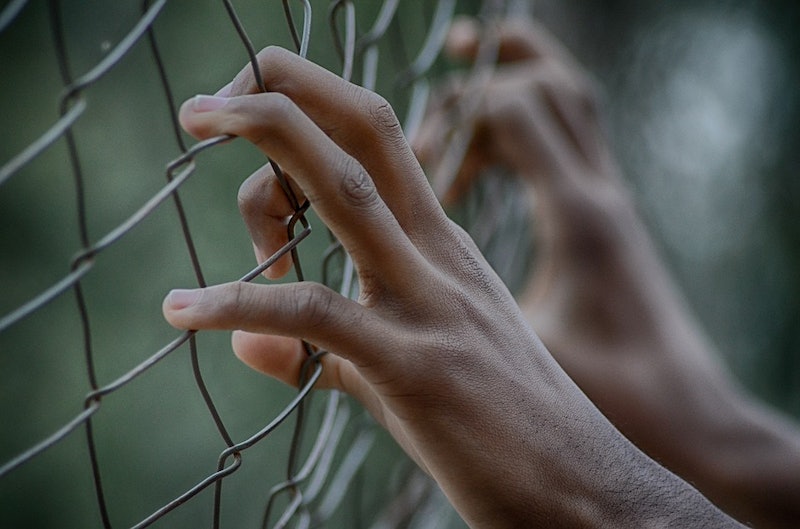 Incarcerated women often get left on the fringe of the women rights’ movement, their stories and struggles (quite literally) separated from the rest of the world. Thanks to a push from senators like Kamala Harris, Elizabeth Warren, and Cory Booker, women will now receive basic human rights long overdue while incarcerated. The Federal Bureau of Prisons has finally required all federal prisons must provide female inmates with free pads and tampons, as well as multiple size options for each menstrual hygiene product.

This new stipulation comes right at the precipice of the Dignity for Incarcerated Women Act, a bill that CNN reports will “ban shackling pregnant women, require the location of inmate's children be taken into account when placing the individual in a prison facility, and require the Bureau of Prisons to provide free feminine hygiene products, such as tampons, to inmates.” Prior to the requirement, incarcerated women forced to buy menstrual products from commissary, using large portions of their prison labor wages to buy basic hygienic necessities.

The TV series Orange Is The New Black popularized this struggle in 2016 when they featured a maxi pad and tampon shortage at the fictional Litchfield Prison. Throughout the fourth season, many characters resorted to substituting proper menstrual products with wads of thin toilet paper, and one character even considered using her sleeping mask in lieu of a pad. Former inmates have critiqued the Netflix show’s depiction of prison life, but many applauded their accurate portrayal of what it’s like to have your period in prison IRL.

The new requirement from the Bureau of Prisons is a huge step in the right direction, but our prison system still has much more progress to make in regards to reproductive health and hygiene. According to The Prison Policy Initiative, the majority of incarcerated people are in state penitentiaries: This means many women won’t benefit from this free menstrual product initiative at all. These incarcerated women will continue sacrificing their basic well being and compromising their health until a similar requirement is enacted.

Additionally, the memo released by spokesperson Justin Long addressed facilities who house female inmates, but did not extend these requirements to facilities who may house menstruating transmen or nonbinary folks. The trans community already faces disproportionate amounts of violence in and outside of prison, so it's important to demand that their personhood is also respected.

There are many ways to help incarcerated women receive their basic care from outside the prison walls. Most prisons accept unopened donations of necessities, so if you have spare menstrual products consider directly donating a box of pads and tampons. Also, many local feminist groups will host tampon drives and donate the products to the prisons in your area. Hopefully, with the Bureau of Prisons’ announcement, state prisons will follow suit and realize reproductive health and menstrual hygiene are basic human rights.