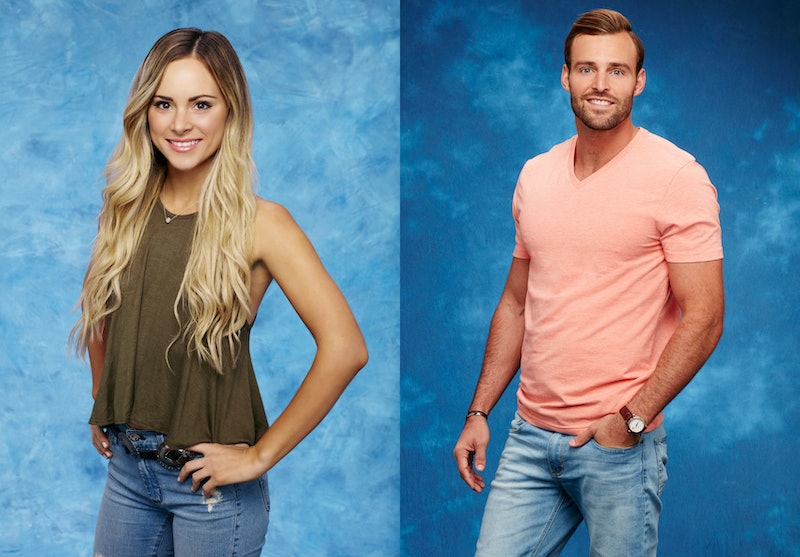 The newest season of Bachelor in Paradise has barely begun and already the alarm bells for a new couple are being set off on social media. Early Monday afternoon, radio station Z108 posted a photo of BIP contestants Robby Hayes and Amanda Stanton possibly walking hand-in-hand to their Twitter account. Both Hayes and Stanton have yet to publicly comment on the photo. Bustle has also reached out to Hayes' and Stanton's reps for comment, but have not yet heard back.

In the meantime, this photo certainly has all the trappings of a photo of a newly-minted couple. Look at the body language of both Hayes and Stanton; they certainly look quite close and comfortable together. It also really looks like the BiP stars are holding hands as Stanton appears to be looking up at Hayes, who appears to be smiling. At the very least, these two seem to be enjoying one another's company as they reportedly strolled through West Hollywood, according to TMZ.

TMZ was also quick to declare in their report that the Bachelor Nation stars are "a thing" and presumably, they've been a couple since shooting recently wrapped on the set of BIP in Mexico. By all accounts, this couple would be very newly minted indeed, since The Hollywood Reporter confirmed shooting on BIP Season 4 took place from June 24 to July 4; which would mean this two would have been together for nearly a month.

If these two are in fact a couple, there would definitely be cause for celebration in Bachelor Nation. Hayes had his heart broken on national television during JoJo Fletcher's Bachelorette season after making it to the final two before she got engaged to Jordan Rogers. His first trip to BiP seems to have been a lucky one. As for Stanton, the single mother of four has traveled a long road in her romantic life before she possibly began dating Hayes. She was, for a long time, romantically connected and briefly engaged to former Bachelorette contestant Josh Murray after the two met while filming a previous season of BiP.

Let's hope we get confirmation of their coupledom because Hayes and Stanton really do look cute together.