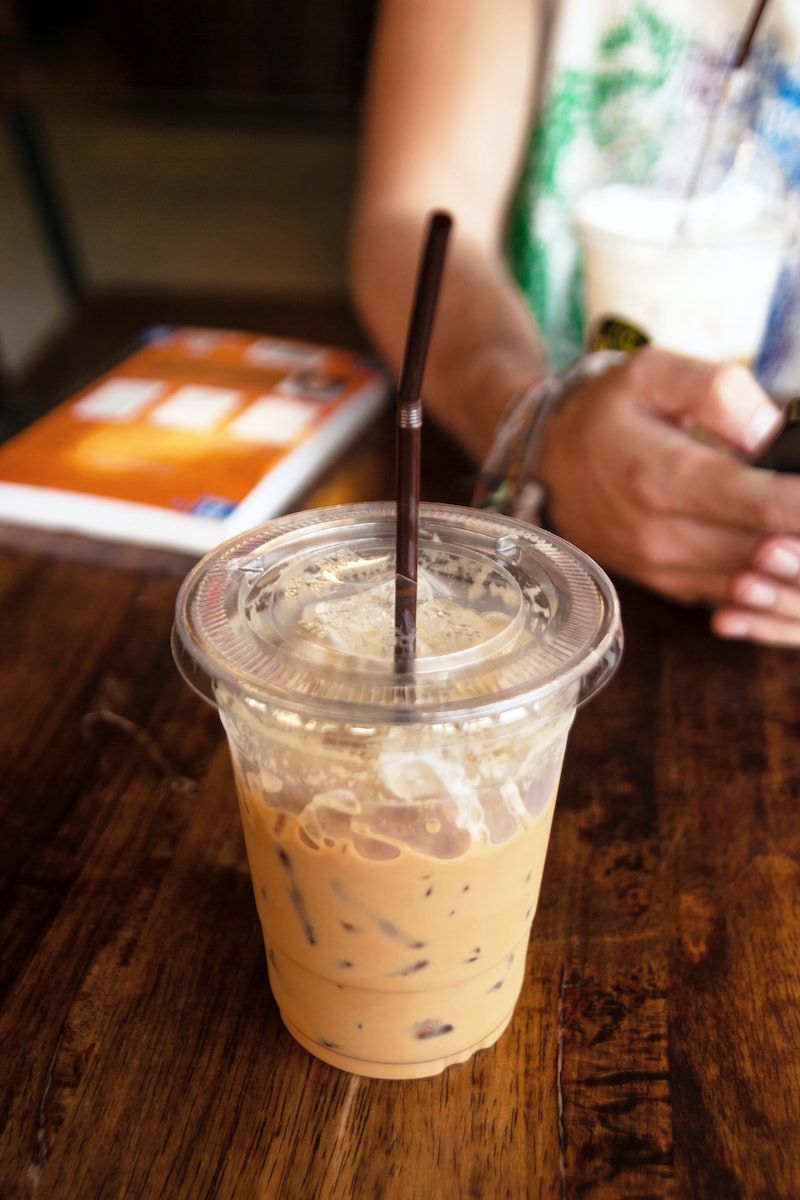 Have you ever gone to a restaurant where you have to practically chase the waiter down for a straw? It can be annoying, but not automatically giving out straws is actually a really good way to help Mother Earth. Single-use straws are pretty bad for the environment, but a California lawmaker has a plan to stop — or at least seriously curb — some of the waste caused by straws.

According to reporting from The Los Angeles Times, California Assemblyman Ian Calderon, a Democrat, came up with an idea to prohibit sit-down restaurants in California from providing straws to customers unless they are requested after reading reports by environmental groups about straw waste in the United States. According to The Last Plastic Straw project of the Plastic Pollution Coalition, over 500 million plastic straws are used every day in the U.S. (Nope, that's not a typo.) That’s a lot of straws, and because most straws are only designed to be used once, that’s a lot of waste.

This legislation isn’t meant to be a straw ban, but Calderon believes more people will decide to not use straws once they know how harmful they can be to the environment. Adrian Grenier, the actor who is leading the Strawless Ocean campaign, told CNN, “A straw may be small, but it’s the DNA of carelessness and it just might be a gateway into solving the much larger issue of plastic pollution. They connect all of us, no matter where we live or how much money we make, and they’re an opportunity to start a conversation.”

And he’s totally right. Think about it. How many straws are you offered on the average day? Between coffee and smoothie runs and free water at restaurants, you may be offered between five and 10 straws a day. Calderon’s proposed legislation and the Strawless Ocean campaign are great ways to start a conversation about the environmental degradation caused by straws.

Republican California Assemblyman and gubernatorial candidate Travis Allen made his opposition to the proposed legislation known in a tweet. “Is there any part of your life that Democrats don't want to control?” Allen wrote on Jan. 16. “As Governor, this is exactly the type of legislation that I will VETO.”

The California Restaurant Association said that it is holding off judgement until the legislation's language is finalized. Sharokina Shams, the organization’s vice president, told The LA Times, “We do believe that the option to request a straw is preferable to an outright ban. Hopefully, the bill language will support the idea of protecting the environment while also allowing consumers and businesses some cost-effective options.”

If you’re concerned about the amount of straws you’ve been using, there are some practical ways to reduce or eliminate your straw use completely. First, when you’re at a restaurant you can politely ask the waiter to just not give you a straw. Instead, use your own paper, glass, bamboo, or stainless steel straw. This simple action will likely spark a conversation with the people you’re eating with, so they might decide to decrease their straw usage, too. You can also reach out to local restaurants to change their policy to only handing out straws upon request, or you can ask those places to make the change to more sustainable straws like paper ones. And if you want to involve the community in your environmental activism, consider screening STRAWS the film in your neighborhood. You have the power to start a movement among your neighbors.

Small changes can have a huge impact, so don’t think your actions cannot help the environment. Even if your state isn’t introducing straw-related legislation, you can still do your part and reduce your own personal usage.