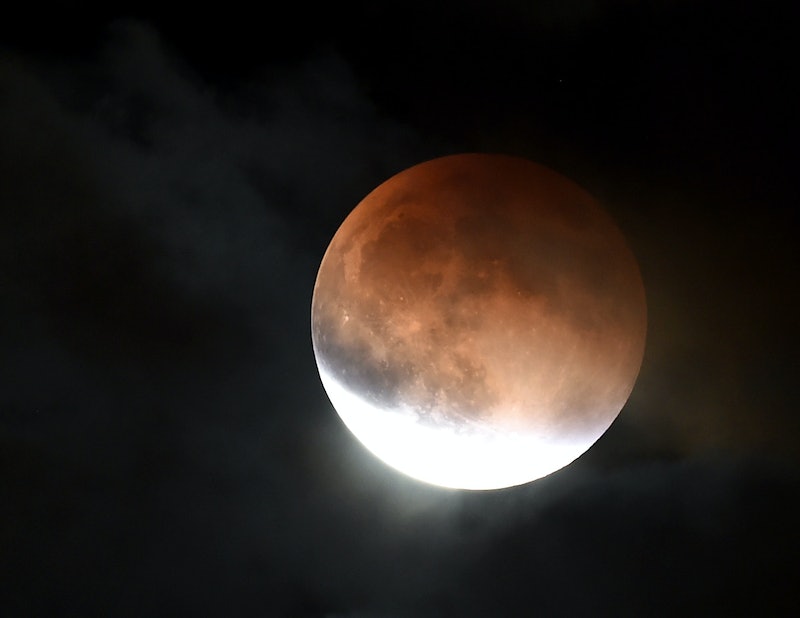 The full moon is the ultimate night light. Its bright beams may not be as illuminating as the sun, but they can definitely keep you up at night. And when we're under the spotlight of a supermoon you can kiss your beauty rest goodbye. If you're wondering, "are supermoons rare" — well, they kind of are. And if anything, they're certainly a spectacle. You actually might not want to sleep in order to not miss a second of the bright astronomical spectacle you can actually gawk at without compromising your eye sight.

Winter nights might now start at what was formerly known as the afternoon, with the sun setting around 4 p.m., but this could be a good thing in the case of the full moon. First of all, it's glowing orb like wonder isn't the worst substitute for the sun. Second, there's more time to get a good glance at the growing moon as it seemingly shrinks us mere earthlings in the expansive night sky. This is a supermoon you're not going to want to miss. The moon cycles of 2017 have been nothing short of an astronomical gift, and Dec. 3's supermoon will be the rarest of them all. I would say to have your binoculars ready, but, I don't think you're going to need them.

To understand if supermoons are rare, you have to first understand what a supermoon is. Dishing the facts will have your friends wondering if you've suddenly decided to apply for a position at NASA at the full moon viewing slumber party you're surely throwing. When the moon orbits the Earth, it doesn't do so in a perfect round — my apologies to all the perfectionists out there. It can be so far from the Earth that it doesn't even seem to even appear in our night sky. But that means that along its orbit it can sometimes seem to practically graze Earth's atmosphere. This is officially known to astronomers as "the perigee". A good vocabulary word to have in your star gazing pocket. Because, fun fact, the term "supermoon" isn't ~actually~ an astronomical term.

December's supermoon will appear seven percent brighter and 16 percent larger than usual, according to National Geographic. While we've seen some great, traffic-stopping moons in 2017, Dec. 3's moon is considered the only supermoon of 2017. Of all the moon cycles, one official supermoon of the year is pretty rare! While other moons can appear to be super, this one in particular will be the closest to the Earth at 222,443 miles. Supermoons don't occur every month as the full moon doesn't always coincide with the perigee.

To catch the spectacle, and feel like you're living in a science fiction film, National Geographic suggests the best time to catch the full moon will be just after your local sunset on December 3rd. In New York, the moon will rise on December 3rd at 4:59pm. But if you're stuck in work or have a moon being blocked by a curtain of clouds, no need to worry. At the start of 2018, astronomers are reporting that there will be two opportunities — in a row — at catching a glimpse at a full moon hitting near perigee. The Jan. 2 and Jan. 31 full moons will be considered supermoons. That is pretty rare.