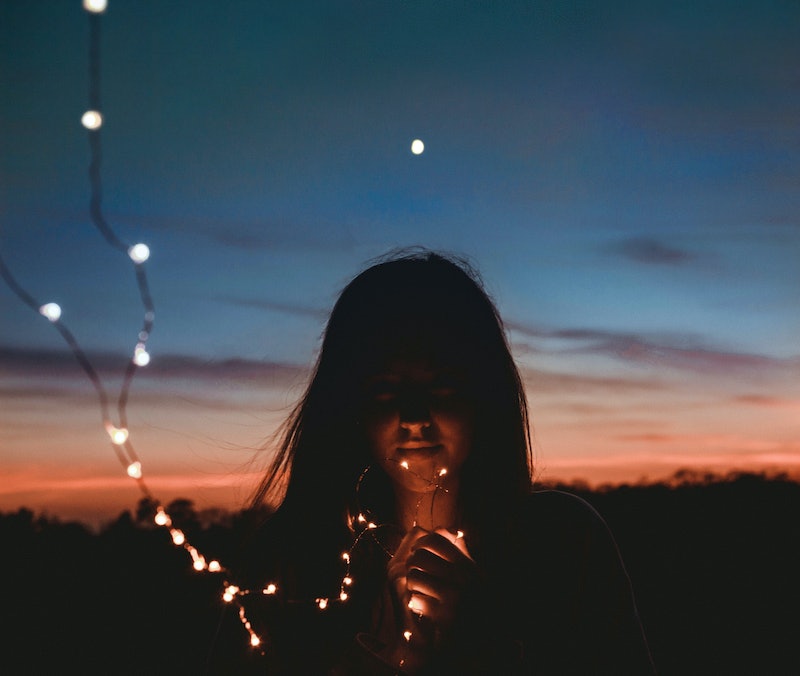 While empathy is arguably the greatest, most powerful gift a human can possess, it can also be one of the most painful. Empaths and empathic people often feel overwhelmed in a world full of cruelty and injustice. One can simply check social media and be broken to pieces by the latest news. There's suffering everywhere and it's painful to think about — and feel.

Judith Orloff, a psychiatrist who specializes in treating empaths, recently released The Empath's Survival Guide Emotional Freedom, a manual for surviving in our modern day world. She describes empaths as "... emotional sponges who absorb both the stress and joy of the world." Dr. Orloff, who identifies as an empath herself, adds, "We feel everything, often to an extreme, and have little guard up between others and ourselves."

As a self-identifying empath, I immediately related to her definition, especially as I reflected on the grief, sobbing, and breakdowns I've had about factory farming and carnism, about Donald Trump becoming President of the United States, about the pervasiveness of homelessness in my city, Philadelphia. Growing up, I was always told I was too sensitive. I was told that I needed to grow thicker skin. I wondered how people could simply stop thinking about the sad eyes of a shelter animal or a hungry child. I'd see something awful, and I'd feel it — often for hours or days after the fact. I knew I was different, but I didn't know how. I didn't know whether it was a good thing or a bad thing.

Before reading this book, I had heard of empaths. But most times, I found that empaths were discussed a fictional, magical sense. They seemed more... paranormal than normal. Even still, I felt a connection. Something clicked. "Empath" became a label I carried silently within myself, something I didn't know enough about to claim outwardly as a part of my identity.

But when I stumbled upon The Empath's Survival Guide, I was impressed by the simple yet effective title. Being an empath can often feel like living in a world that was not meant for you. Being an empath can feel like a curse from something terrible that you did in a past life. But really, as the book demonstrates, it's a gift. Dr. Orloff wrote the book to help people cope with and embrace the gift of empathy. She writes:

"I offer The Empath's Survival Guide as a resource for kindred, sensitive souls to find understanding and acceptance in a world that is often coarse, heartless, and disdainful of sensitivity. In it, I challenge the status quo and create a new normal for how to view sensitivity, wherever you are on the spectrum. There is nothing "wrong" with being sensitive."

What's important in all of this is to make a distinction between ordinary empathy and being an empath. Dr. Orloff explains: "Ordinary empathy means our heart goes out to another person when they are going through a difficult period." She adds, "As an empath, however, we actually sense other people's emotions, energy, and physical symptoms in our bodies, without the usual filters that most people have."

Not only this, but Dr. Orloff later adds that there are different kinds of empaths and that one doesn't have to feel everything to be an empath. In fact, some people only experience only one type of empathy, whether it be emotional, physical, or intuitive.

Reading this book, as a self-identifying empath, I felt validated. There are people out there feeling and experiencing a very similar reality to my own. I was able to forcefully affirm within myself, There's nothing wrong with you, for the first time in a long while.

As someone who cares about people and animals — and does more than just talk about it — it can be difficult not to feel overwhelmed or depressed all the time. Dr. Orloff offers wonderful life strategies for empaths in hopes of helping them to live happier, healthier, less overwhelming lives. I can't say for sure whether or not her suggestions will change my life. What I can say, however, is that I'm going to try them.

If you're an empath or empathic person, this book might be exactly what you need. And, if not, it never hurts to learn more fascinating, concrete science —empathy is related to your neurological system — behind something that many people perceive to be solely emotional or spiritual.

Empathy is real. It's a blessing and a curse, but, at the end of the day, it can change the world. So, in hopes of seeing that change, empaths have to get better at surviving.