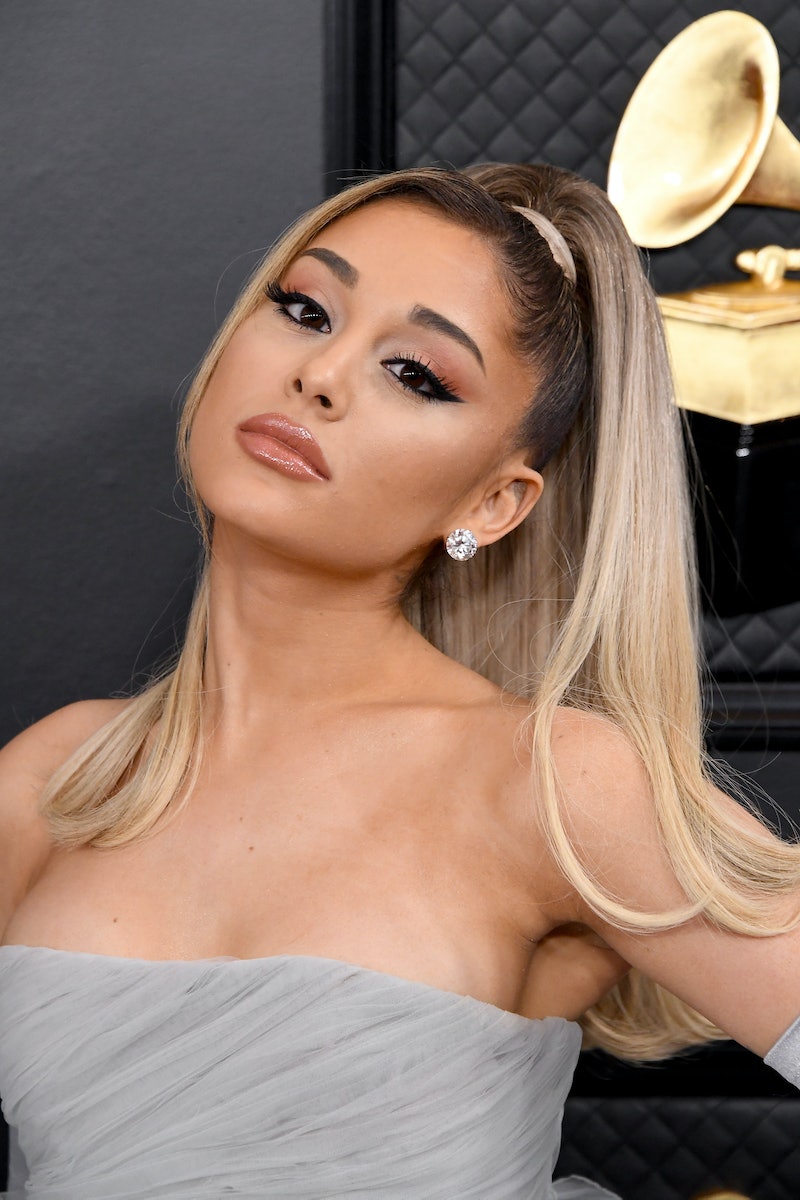 Ariana Grande and Justin Bieber's new collaboration is an ode to social distancing with the ones you love — so naturally, there's no better way to share your new romance with fans. On Friday, May 8, Ariana Grande and Justin Bieber released the music video for "Stuck With U," and in their star-studded collaboration, the former confirmed her new relationship with real estate agent Dalton Gomez.

While Grande spends most of the clip serenading her beloved dogs, Tolouse and Myron, and drinking wine in her bedroom, at the very end of the video, the singer can be seen dancing around the room with a mystery man wearing an oversized black hoodie. After Grande appears on screen and hugs him, the camera pulls back to reveal Gomez, spinning the singer around while they grin at one another.

While the relationship might be relatively new — according to E! News, Grande and Gomez were first spotted together back in March — the pair knew each other for quite some time before they decided to quarantine together. "They run in the same circle," a source told E! at the time about Grande's new beau. "He used to be a dancer and they have many mutual friends. She's gotten to know him quickly with the quarantine. They've been spending a lot of one on one time at home."

Grande isn't the only pop star who used the "Stuck With U" video to confirm a new romance; around the 2:46 mark, Demi Lovato can be spotted dancing with her rumored boyfriend, actor Max Ehrich, wearing matching onesies. In addition to the new couples, the star-studded video also featured clips of some of Grande and Bieber's famous friends enjoying quarantine with their loved ones, including Kendall and Kylie Jenner, Steph and Ayesha Curry and — of course — Bieber's wife Hailey, who cuddles up to the singer in the kitchen and goofs around with him on a socially distant walk.

The romantic, R&B-tinged ballad is the first proper musical collaboration from the pair, (though Grande appears on a remix of 2015's "What Do You Mean?) and Grande wrote on Instagram that she's "so happy" that she and Bieber waited for the perfect moment to record a duet. "This moment really means so much more than it ever could have if it had happened any other way or if it had been any other song," she wrote, shortly before the track's release.

"Being able to lend our voices to this project and collaborating on this has been so fulfilling and I really just love this song so much," she continued. "Grateful to be doing this with my friend." Grande also thanked the "brilliant creatives who worked on this song" with her and Bieber, as well as their record labels and streaming partners, who are helping the pair raise money for a "greater cause" with their single.

"All the net proceeds from the streams and sales of 'Stuck With U' will fund grants and scholarships for children of first responders who have been impacted by COVID-19, in partnership with the First Responders Children Foundation," reads a card at the end of the video. Fans also have the option to donate via Grande's official YouTube page.