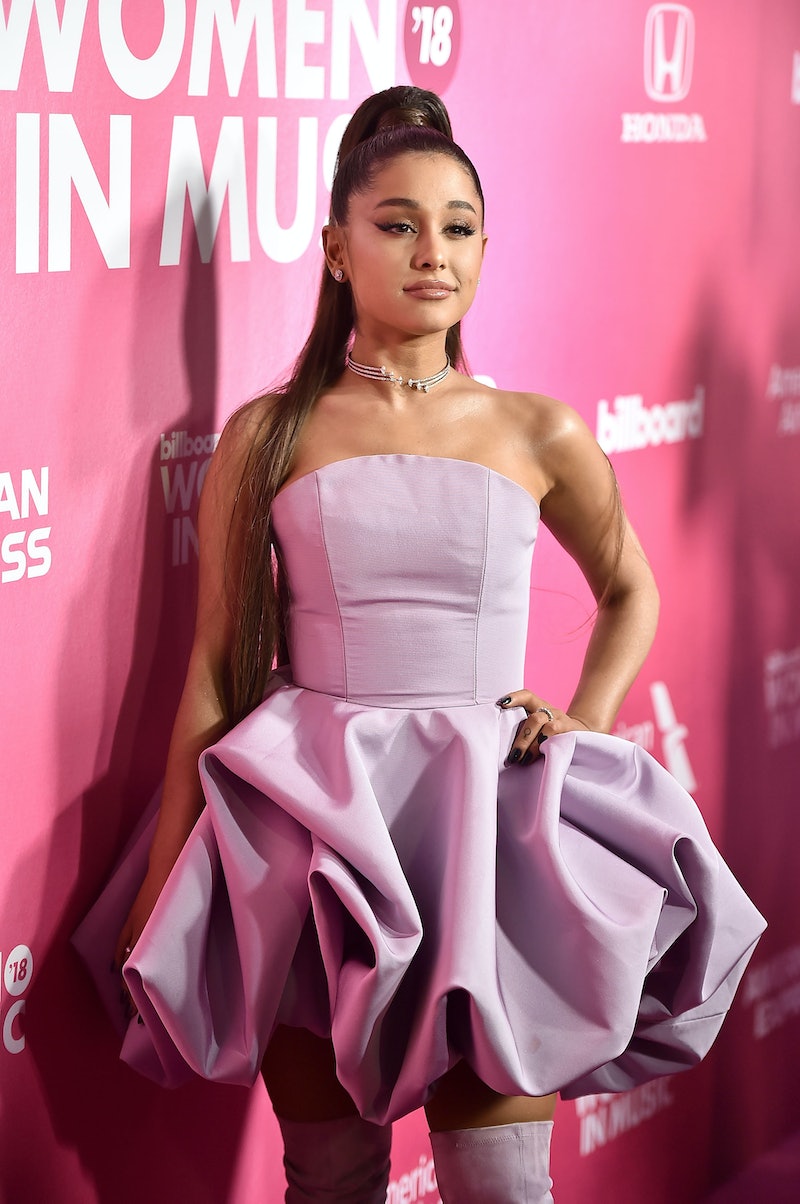 Who doesn't like a tropical fruit? Ariana Grande's mango tweet has a surprise twist, and her fans are honestly loving it. The singer shared a short poem about the fruit, which is purposely misleading. At first, it seems like the words are for a love interest, but by the end of the poem, it's revealed that the loving words are actually for a mango. It was a fitting post for the star, whose music and social media presence has had an emphasis on self-care as of late. Fans definitely got a laugh from the poem, and many tweeted back their own love for mangoes in response.

On Saturday, March 16, Grande pinned the poem about her favorite fruit on Twitter, and it immediately caught her fans attention. The tweet read:

"He Visits My Town Once A Year,

He visits my town once a year. He fills my mouth with kisses and nectar. I spend all my money on him. Who, girl, your man? No, a mango. "

The tweeted verse is from a collection titled In the Bazaar of Love by Amir Khusrau, according to Billboard. Khusrau was one of the greatest poets of Medieval India, and has remained an influential cultural icon in the country for over 700 years, as per to the poetry collection's introduction. It's unclear how Grande stumbled on the poem, but even all these years later, fans still found it pretty relatable.

A few fans found the tweet confusing, but most people were supportive of the mango love. In the replies, Twitter user @lovedrunkswift wrote, "Lmao that plot twist I’m laughing." Another fan, @nasasbuteras, wondered if the mangoes would be going on tour, tweeting, "petition for Ariana to bring a mango on stage." Yet another user, @nasasdeluxe, agreed with the tweet's thesis, writing, "we all gon drop men and marry mangos now."

Khusrau's poem was just the latest in a series of mango-themed tweets from the star. On Saturday morning, the singer posted her first mango tweet, writing, "nah.... a mango." She also retweeted an old tweet about the fruit from 2013, reading, "I never don't want mango." One fan, @thankubutnext, caught on to the mango trend, tweeting back at her, "absolutely nobody: @ArianaGrande ... nah a mango." The singer even retweeted the joke.

The mango tweet storm came during an eventful week for the star. On Sunday, Grande revealed she'd gotten another tattoo ahead of the tour on Instagram. The new tattoo is from her go-to artist Mira Mariah, and is a pretty branch with leaves. Grande captioned the photo, "post run thrus, 3 am with @girlknewyork :) not a cover up just evolvin. also, our show opens tomorrow. i love u and i’m so grateful. see u soon." The new ink adds to Grande's "always" tattoo, a Harry Potter tribute she got in 2018, as reported by People.

The Sweetener tour kicks off on Monday, March 18, in Albany, New York. Grande will be on the road through October, so it makes sense she would to mark the occasion. It's not yet clear what surprises the arena shows will have for audiences, but one thing is for sure, Grande will totally be bringing mangoes on the road