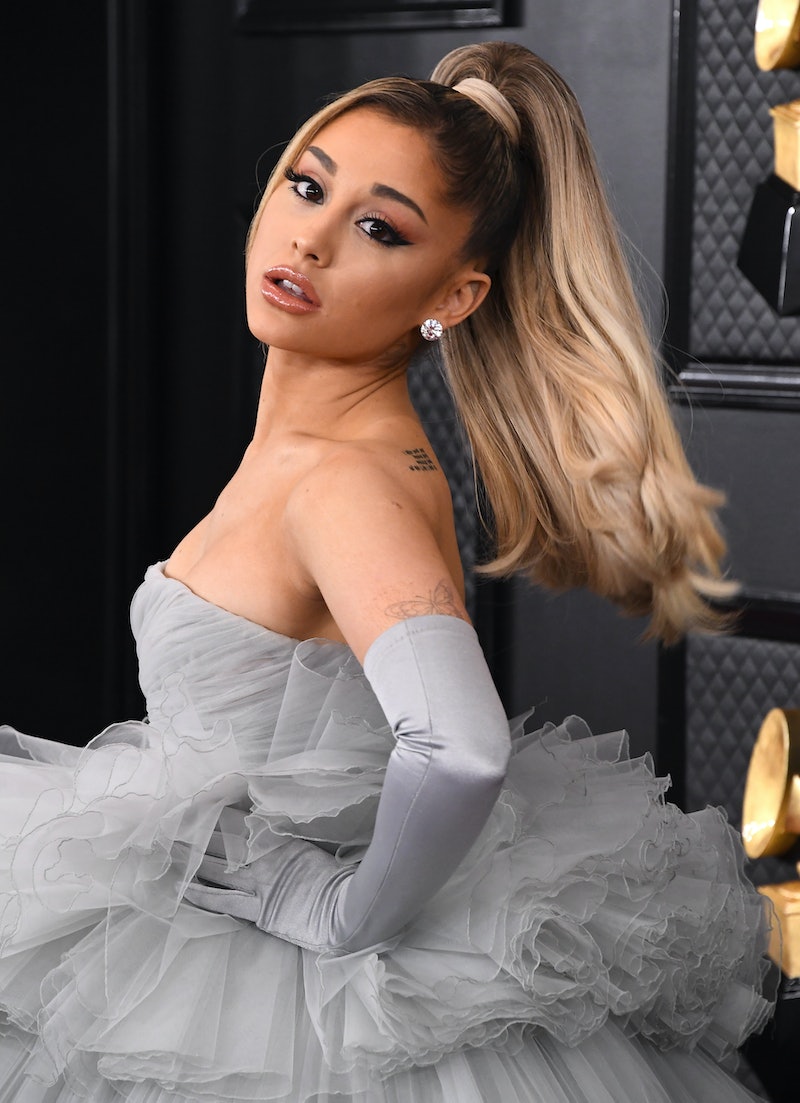 Who could forget Cat Valentine of Victorious and Sam & Cat? On Saturday, Ariana Grande remembered her Nickelodeon days, after taking home an award for Favorite Female Artist during Nickelodeon's Kid Choice Awards 2020: Celebrate Together. The singer used her video acceptance speech to thank fans for their ongoing support, but also to acknowledge the special role the network has played in her career.

Grande began her video by shouting out fans who voted for her, saying, "I just wanted to thank you so, so, so much for making me your favorite female music star, I'm very appreciative." The Sweetener singer added a special message about the network as well, saying, "Nickelodeon always will hold such a tremendous place in my heart, not only because of Victorious and Sam & Cat and the amazing years I spent working with them, but also just for SpongeBob, you know?"

The 2020 Kids Choice Awards televised event was one of the first award shows to air during the COVID-19 pandemic, which prohibits large gatherings of people and forced winners and presenters to participate remotely, as per Billboard. Victoria Justice, who co-starred with Grande on Victorious, hosted the virtual event, welcoming guests such as Dwayne Johnson, JoJo Siwa, Ellen DeGeneres, and more.

The Kids Choice Awards win was a full circle moment for Grande's career. Nickelodeon's sitcoms served as a launchpad for the singer's music career, as Grande was cast in Victorious in 2010, and recorded music for the popular series, as per IMDB. Later, Grande also appeared in spin-off series Sam & Cat, which aired in 2013.

Grande's KCA acceptance speech is not the first time the star has opened up about her television career. In 2014, Grande reflected on Sam & Cat after the show was canceled, saying of her character, "I admire her so much," in an interview with The Hollywood Reporter. She added that she always loved how Cat had an, "appreciation for life and everybody she encounters" as well as "passion and genuine excitement for the little things that most people dread." Grande added: "She always saw negative obstacles as opportunities to make things good."

It's been many years since Grande appeared on either sitcom, but Cat Valentine had a role in making her the mega-star she is today. Never one to miss an opportunity to thank her dedicated fans (or shout out SpongeBob), the singer's acceptance speech hit the right note for the event.

More like this
Hilary Duff's Husband Matthew Koma Has Her Name Tattooed On His Butt
By Jake Viswanath and Stephanie Downs
Ariana Grande Just Wore The Chunkiest Knit Sweater I've Ever Seen
By Dominique Norman
This 'One Tree Hill' Wardrobe Error Is Going Viral On TikTok
By Brad Witter
Ashton Kutcher Wants Danny Masterson “To Be Found Innocent” In Rape Retrial
By Jake Viswanath
Get Even More From Bustle — Sign Up For The Newsletter
From hair trends to relationship advice, our daily newsletter has everything you need to sound like a person who’s on TikTok, even if you aren’t.