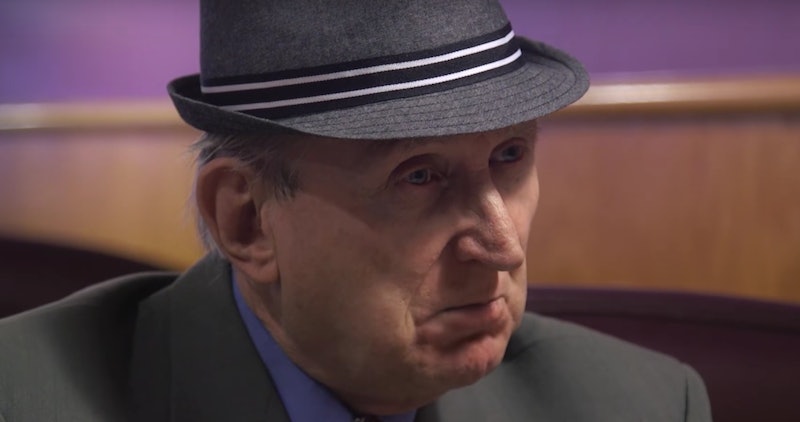 A self-proclaimed Nazi and Holocaust denier is close to clinching the Republican nomination for Congress in an Illinois district. Arthur Jones, a former American Nazi Party leader, is running unopposed in the Republican primary that will be held on March 20 in Illinois' 3rd Congressional District, the Chicago Sun-Times reports.

The Illinois State Republican Party already has denounced his candidacy, but Jones notes that he's lucked out this time around.

"Well, it's absolutely the best opportunity in my entire political career," Jones told The Chicago Tribune. "Every time I've run it's been against a Republican who follows this politically correct nonsense. This time they screwed up."

This is the furthest Jones has ever advanced in his political endeavors; he has unsuccessfully run for office multiple times in both the Milwaukee and Chicago areas, beginning in the 1970s.

Jones lives in the suburb of Lyons, Illinois, in the heavily Democratic 3rd Congressional District, which includes parts of southwestern Chicago and other nearby suburbs like LaGrange. There's a very slim chance Jones could actually win the seat — the current congressman, Democratic Rep. Dan Lipinski, ran unopposed in 2016 and defeated a traditional Republican opponent by nearly 30 percentage points in 2014.

That hasn't stopped the state GOP from denouncing Jones, though. Tim Schneider, the Illinois Republican Party chairman, said in a statement:

The Illinois Republican Party and our country have no place for Nazis like Arthur Jones. We strongly oppose his racist views and his candidacy for any public office, including the 3rd Congressional District.

You can read some of Jones' thoughts on the matter on his Congressional campaign website. He has scanned and uploaded articles that call the Holocaust "mythical," "a racket," and "the biggest, blackest, lie in history."

The regional director of the Anti-Defamation League, Chicago-Upper Midwest Region, Lonnie Nasatir, told the Sun-Times that Jones "has a long history of hateful, extremist and anti-Semitic views," noting the website.

The Anti-Defamation League reported on the offensive endeavors Jones has taken part as early as March 2012. They note that he has attended "numerous extremist events, including neo-Nazi rallies and celebrations of Adolf Hitler's birthday throughout his career"; his statements on the Holocaust are also called out by the group.

In addition to the articles on his website, Jones has a guide of "Flags of Conflict." The first is a Confederate flag, which Jones calls "a symbol of White pride and White resistance" to millions of White Americans: "It is the flag of a White counter revolution." Then he lists another several countries' flags and the rainbow flag for gay pride, noting that it is "an attack on traditional Christian morality and religious freedom."

Jones endorses these views offline too. Just this week, the retired insurance salesman gave an interview to the Sun-Times and made no apologies for his views.

Well, first of all, I'm running for Congress not the chancellor of Germany. All right. To me the Holocaust is what I said it is: It's an international extortion racket.

One thing that Jones is not is a fan of President Donald Trump, who has been accused of being a white supremacist (although the president has denounced white supremacy hate groups).

"I'm sorry I voted for the son of a bitch, pardon my English," Jones told a crowd at a neo-Nazi retreat in Kentucky last year. "I really am. I'm sorry I paid $180 out of my own pocket for three big banners that said 'President Trump, build the wall.' The man has betrayed us!"

Jones will not officially become the Republican nominee until after the primary election is held in March. But, with no one running against him, he's essentially a shoo-in.