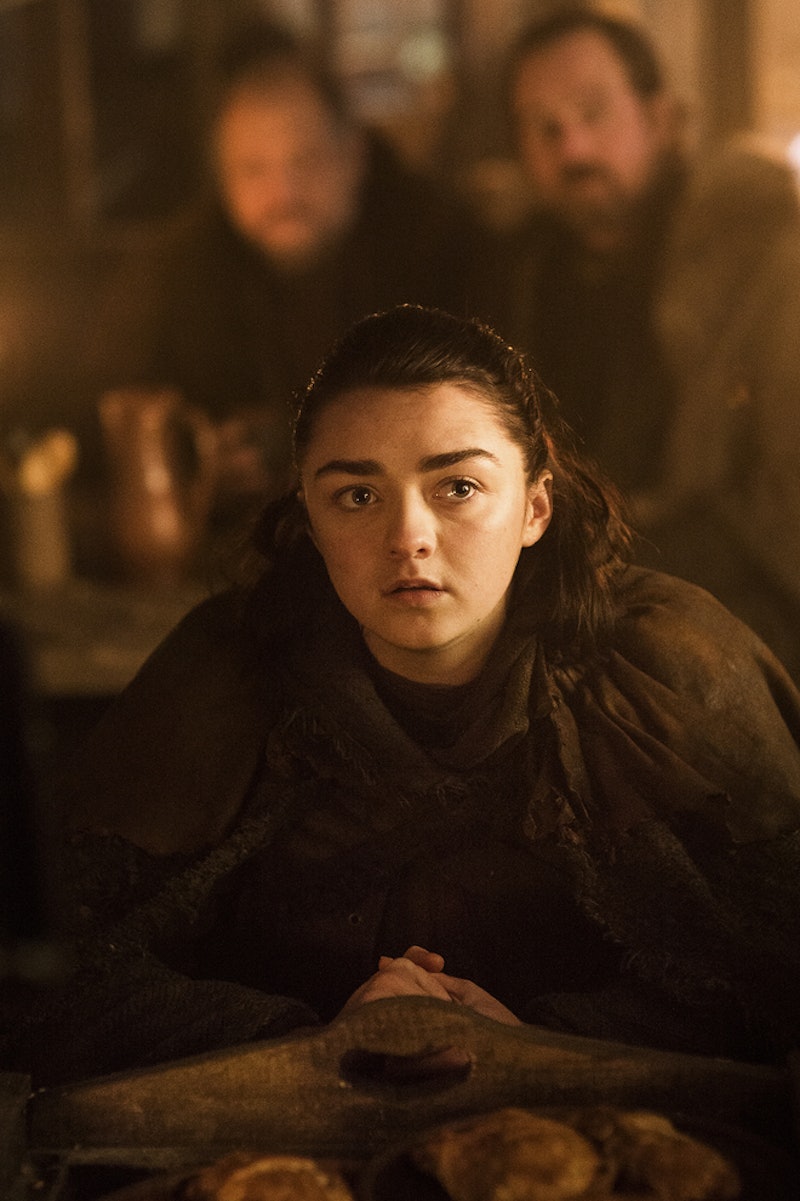 The Starks are finally getting some happy moments on Game of Thrones and as some of the most tortured fans in television history, we deserve this. Sunday night, Arya finally returned to Winterfell on Game of Thrones after detouring her trip to murder Cersei in King's Landing, and her reunion with Sansa and Bran was exactly what fans needed. There needed to be some fuzzy, warm sibling hugs after last week's Bran and Sansa ice-fest, I mean, reunion.

If you remember, a couple of episodes ago Arya ran into her old pal Hotpie (still makin' pies, like a boss) while she was making her way to King's Landing to give Cersei the business end of Needle. After those two caught up and got over the fact that they had both survived up until this point in time, Hotpie let her know that Winterfell was no long in the Bolton's possession, due to them being super dead, and that Jon was ruling as King in the North. Of course, Arya decided that she would make her way to see this whole thing for herself but when she got there, she didn't find the sibling that she was originally expecting to see.

As we know, Sansa is the lady in charge of the North at the moment and their little brother Bran arrived only a bit before Arya did. After getting a little pushback from the guards at the gate, who didn't believe who she was, Arya snuck away to the Stark family crypt, where Sansa immediately knew she would be. The two embraced under the statue of Ned Stark and after discussing how little it resembled their beloved father, Sansa dropped the bombshell that Bran was home as well. When she brought Arya to see him, he seemed slightly less robotic but still very three-eyed Raveny. I suppose that is all we can ask from Bran nowadays.

Sansa and Arya are sisters who didn't exactly get along. They were separated at a point when they hadn't formed an adult bond with each other, and now they are reuniting after a really long time. It was sweet, it was awkward, and it was real. It was exactly what Sansa's reunion with Bran was not. Fortunately, when the three siblings got back together, it seemed more like what fans were probably hoping to see.

One thing is for sure, seeing the three siblings walk through their rightful home together again was pretty thrilling. With three Starks in Winterfell now, things are about to get really interesting in the North.