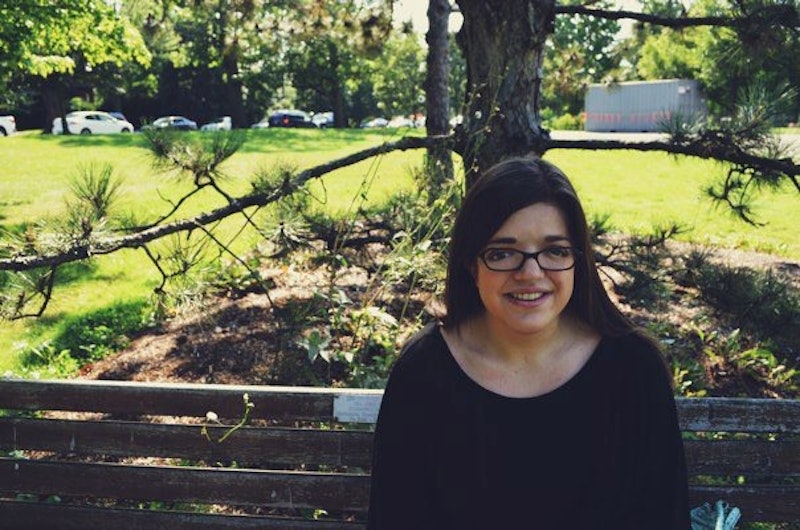 Wonder Woman has long been revered as a representation of strong, independent women. Seventy-five years after first appearing in an October 1941 comic, the heroine has returned to the big screen. Released in the United States on June 2, 2017, Wonder Woman is being praised for being something of a revolutionary film for feminists, but it’s lack of intersectionality fails to accommodate women with facial differences — myself included.

As a woman and as a feminist, I admired Wonder Woman/Diana (played by Gal Gadot) — a strong female character who is unafraid to vocalize her opinions and refuses to listen to the men who try to silence her. In the film, Diana represents the physical embodiment of all that is good and fair in the world. Watching her, I reveled in the fact that she knew her strength and power, and refused to apologize for it. But by the end of the movie, I was conflicted in my feelings. As a woman, and straight, white, feminist, I did enjoy Wonder Woman. But as a woman with a disfigured face, I was disappointed.

Where Wonder Woman failed for me was in its contrasting portrayal of the villain Dr. Poison — a disfigured scientist in a partial face mask named Isabel Maru (played by Elena Anaya).

In the film, Maru/Dr. Poison is a chemist working to develop a deadly gas for the Germans to use during World War I. There's some historical significance here: Facial injury and disfigurement were common casualties of the war, because of the advanced weaponry and trench warfare. In The Rhetoric of Disfigurement in First World War Britain, historian Suzannah Biernoff stated, “Unlike amputees, these men were never officially celebrated as wounded heroes. The wounded face … presents the trauma of mechanized warfare as a loss of identity and humanity.”

She went on to say that “the loss of one's face — is perceived as a loss of humanity.” After the war, patients with disfigured faces were seen as monsters and treated as pariahs. Many committed suicide. As a result of the high suicide rates, damaging social stigma, and desire to give returning veterans a shot at living normal lives, the art of facial prosthetics — much like the one Dr. Poison wears — was developed. These prosthetics were an art form, and literally saved thousands of lives. Yet, these dark, painful, historic tragedies were never addressed in Wonder Woman, choosing instead, to perpetuate the damaging myth that disfigurement and evil go hand-in-hand.

At one point during the film, there's a flashback to Dr. Poison pre-disfigurement, but viewers never find out what exactly happened to cause the lower side of Maru's face to become disfigured. Her character is relatively one-dimensional, and her evil intentions are never fully explained. Not only did Wonder Woman fail to provide an explanation surrounding Maru's appearance, but it also failed to explain why Maru was intent on working with the German army in the war, and why she was dedicated to developing a sadistic chemical weapon that could penetrate gas masks, leaving nobody safe. What viewers do know is that she wears a flesh-toned ceramic mask to both cover and disguise her facial difference: Not only is her face supposedly the impetus of her taste for vengeance, it is also simply unattractive and societally unacceptable.

While, there are moments throughout the film that attempt to humanize Dr. Maru, they ultimately fall short of portraying the character as anything but evil. Toward the end of the movie, Steve Trevor disguises himself as a German officer and infiltrates a party Dr. Maru and General Ludendorff are attending. In an effort to get Dr. Maru to reveal information about the dangerous chemical weapons she developed, Steve Trevor begins flirting with the woman. For the first time, viewers see Dr. Maru begin to soften, as Steve Trevor seductively discusses fire, and tells Maru how much he admires her work.

For a moment, it seems Trevor might be able to get through to her by showing her attention, and making her feel seen and beautiful for exactly who she is. It's in this moment that it becomes clear that Dr. Maru craves affection, or at the very least attention and appreciation. But when Diana enters the room in a beautiful ballgown, Steve Trevor's focus shifts from Dr. Maru to the beauty of Wonder Woman. You see Dr. Maru’s face harden once again when she notices. “I see your attentions are elsewhere,” she tells him, before walking away. Still, viewers are never shown anything beneath Maru's surface level emotion.

There’s also a scene at the end of the movie where Ares — the God of War (played by David Thewlis) — gives Diana the chance to kill Dr. Poison. Her mask is ripped from her face and for the first time, her disfigurement is visible. During this scene, Ares essentially tells Diana to look at Dr. Poison, who’s kneeling on the pavement in front of her, as if to beg for mercy. Ares tells Diana to look at the woman’s face and see her for all that she is, all that she stands for: a humanity that is not worth saving. It is in this moment that Diana decides against killing the woman — an act that was meant to defy Ares and all that he represented. Still, Diana’s actions felt like they were rooted more in pity than in mercy.

Instead of exploring the threads explaining who Dr. Poison is, and creating a villain with substance and depth, she is portrayed as nothing more than her evil, disfigured face — a common character device that plays into a larger issue in the entertainment industry, including characters like Freddy Kreuger in Nightmare on Elm Street and Darth Vader in Star Wars, as well as numerous villains in the James Bond series. In an interview with Brendon Connelly of the pop culture website Bleeding Cool on why so many Bond villains have disfigurements, James Bond producer Michael G. Wilson stated, “it’s very much a Fleming device that he uses throughout the films, the idea that physical deformity and personality deformity go hand in hand in some of these villains.”

“[Dr. Maru is] an interesting character because, you know, we don’t get super into her backstory, but we know her backstory, which is that she’s a woman who has had all kinds of damage in her life, and now she delights in bringing — and I’ve known people like this — delights in bringing that to other people’s lives… There is that way of being a damaged and dark person where you’re waiting for other people to face that wrath too,” Jenkins said.

When I read Jenkins comment however, all I could hear was the idea that Dr. Poison was cruel because of her “damaged” face. Maru's portrayal, and lack of character development throughout the film, suggested the woman was evil from the outside in. As though she had reached a point of irreparable emotional damage because of the appearance of her disfigured face. While, Dr. Poison's role in Wonder Woman may serve as entertainment for many, for me, she serves as a reminder of the morality associated with disfigurement.

The failure of Wonder Woman to recognize this, and the historical and psychological impact of disfigurement throughout the film, catering instead to the typical disfigurement horror trope, demonstrates the fact that as a society, we still don’t understand how to treat those dealing with disfigurement. As someone with a facial difference, I know many people with facial disfigurements and scarring, and not one of them is, or has become evil, because of the appearance of their face. The only evil most of us have experienced has been at the hands of a society that refuses to accept us.

More like this
The 'PLL: Original Sin' Season Finale Finally Revealed A’s Identity
By Alyssa Lapid and Kadin Burnett
‘The Simpsons’ Will *Finally* Address How They “Predict The Future”
By Sam Ramsden
'The Sandman’s Ending Is A Departure From Neil Gaiman’s Comic Book Series
By Kadin Burnett
The Biggest Differences Between 'Bullet Train' & The Book It’s Based On
By Arya Roshanian
Get Even More From Bustle — Sign Up For The Newsletter