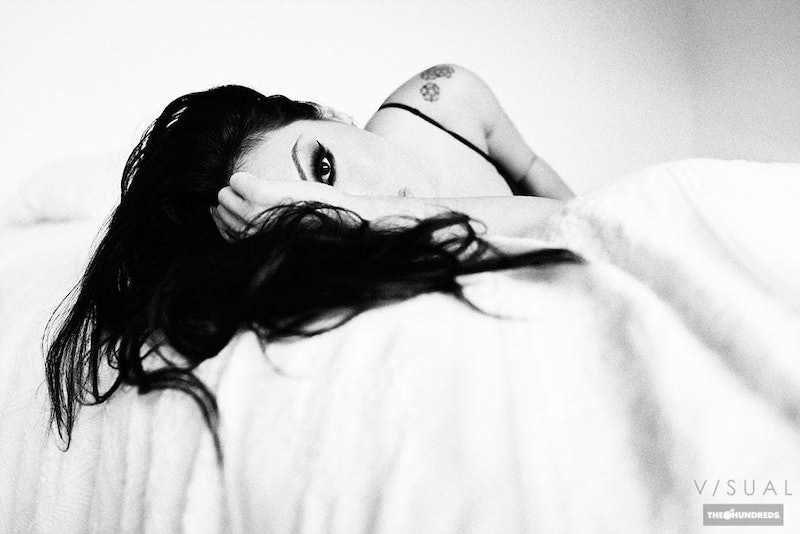 Courtesy of Stephen Vanasco
By Emma McGowan
May 30, 2019

“I don’t like anything that makes fun of Asian culture or makes it look dumb,” Akira tells Bustle. “It’s such a thin line to walk and everyone draws that line someplace different. It’s such a subjective thing.”

And that subjective line can sometimes seem a little bit like Justice Stewart’s famous quote about obscenity: "I know it when I see it." For Akira, it means a hard line on speaking in an "Asian accent." She also won’t wear “totally ridiculous” outfits that make her feel unsexy. However, she says she doesn’t have a problem with people who are turned on by Asian women as a kink, even if there's a layer of objectification.

And so, a person’s sexual fantasies don’t always match up with their politics. In fact, they very often don’t. Strong feminist women who are into rape fantasies and male CEOs who spend thousands of dollars on dominatrixes are so common they’re cliche. And Akira, a vocal feminist, says that while she’s OK with fetishization on screen, she’s struggled with her politics not exactly matching her job.

“It’s definitely been a really hard thing for me to compromise on,” Akira says. “I’m a person of color. I do consider myself a feminist. I do consider myself a progressive. But if I don’t play into my Asian-ness and play into fetishization of Asians, then I would cease to exist. I’m sure there are people out there who find things I do degrading to Asian culture, but I guess I can only live by my own principles.”

But while she’s largely OK with playing out fantasy based on stereotypes on screen, that doesn’t mean she’s OK with it in her personal life. Akira draws a clear line between playing a one-dimensional sex object on screen and how she wants to be treated in her personal relationships.

While Asa unabashedly loves her job, she’s been vocal for years about her ambivalence about having children, mainly because she wasn’t sure she wanted to put the burden of society’s judgment about her career on the shoulders of a child.

“Being a kid is already so hard,” Akira says. “I thought, ‘Would it be horrible for me to bring a child into this world and already they have things working against them?’ Kids are really mean.”

When asked what shifted for her, Akira says that not only is she “in the right relationship now” but she also came to realize any child she has will be her kid and therefore will be raised with her values.

“I’m going to raise him to be a feminist, to be sex-positive, to not slut-shame,” Akira says. "I hope I can raise him to understand that sex is a beautiful thing; we all do it and it’s not something to be ashamed of. I feel like women who are proud about their sexuality and open about their sexuality should be having more kids, so we can have more kids who are raised that way!”

“People are like, ‘They’re somebody’s mother! How could they!’ Which is so wrong,” Akira says. "I still have agency over my own body, and just because I’ve had a kid doesn’t mean I can’t be sexual anymore.”

And so, Akira will continue being sexual, in her personal life, on the screen, and on her terms.