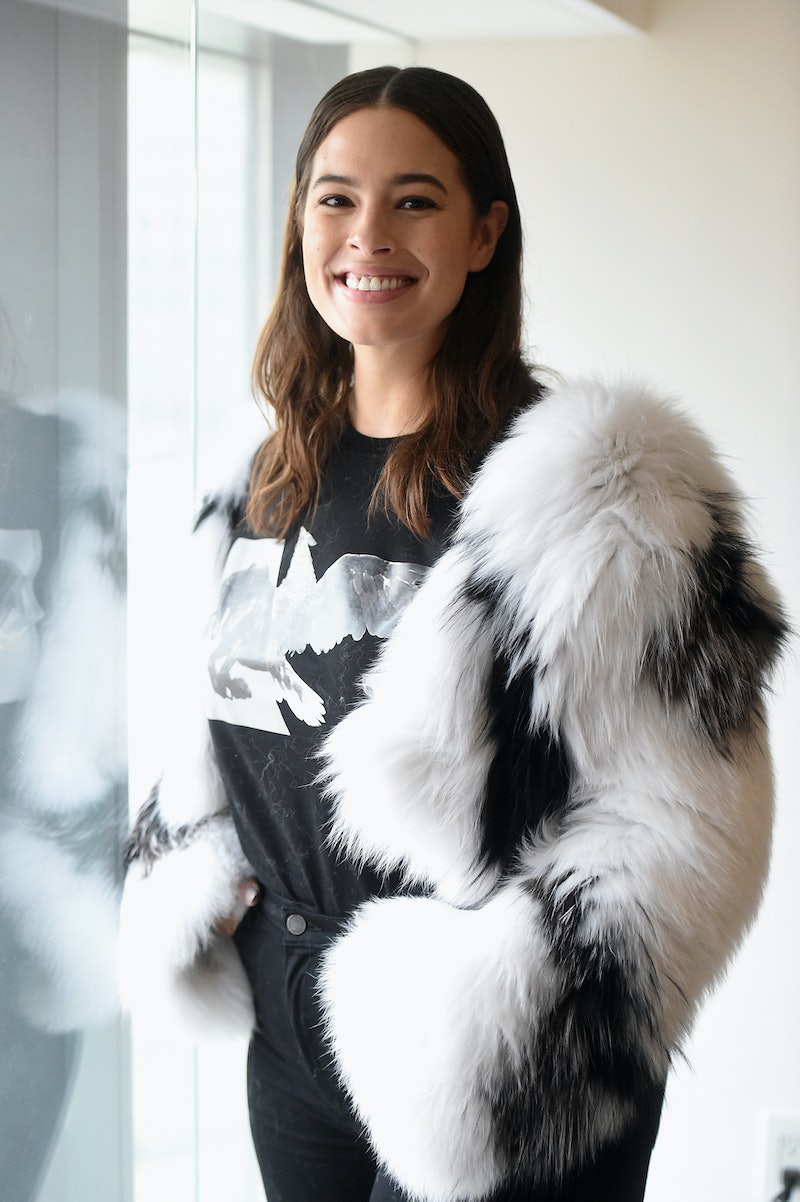 If there’s one model taking the fashion scene by storm, it’s Ashley Graham. Not only has she been shaking things by appearing on the cover of Vogue, but she’s also posed for Sports Illustrated and taken over a NYFW runway, all in the month of February alone. Ashley Graham walked for Michael Kors at NYFW, and according to Teen Vogue, she’s the first plus-size model ever to do so. Bustle has reached out to the brand about that claim.

She slayed the stage in a black ribbed dress complete a high slit and a super chic cropped fur jacket. She sported minimal makeup and overall, couldn’t have looked more amazing. All I’m saying is, if you saw this woman on the street — you’d be dying to ask where she bought her outfit so you could go and immediately get the same one. According to the Huffington Post, this is the first time the Michael Kors label has sent anyone wearing above a size 12 down the catwalk since the line was launched in 1981.

As far as “it” models go, Graham certainly was in good company. Kendall Jenner and Gigi Hadid joined Graham on the runway to make for one impressive show. Graham’s favorite part of the event, according to her Instagram, was the chance to show that “beauty comes in many different forms."

Let's get a close-up of this action.

Yet another major fashion moment to check off her to-do list, am I right?

One word to describe this performance? YAS.

You don't have to speak french to know this translates into a celebration of Graham's major star power.

The excitement is too real.

No one will ever be the same.