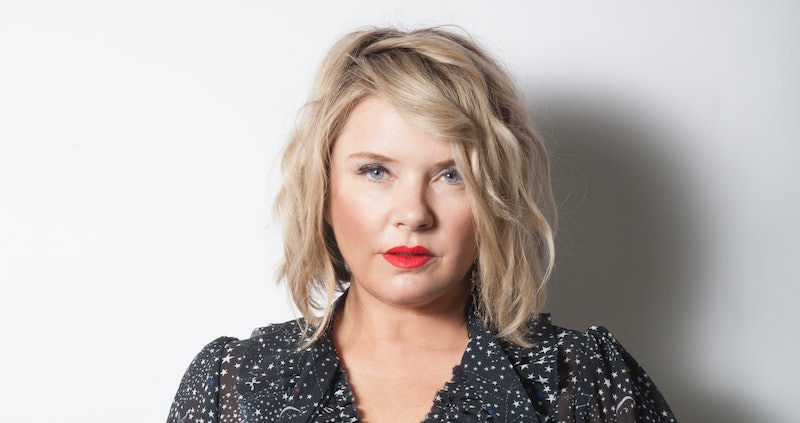 She's been dubbed Britain's coolest astrologer by the Telegraph and, to be honest, I can see why. Life coach and founder of dynamic astrology Carolyne Faulkner has well and truly earned her title. People often have a preconceived notion of astrologers as some kind of Mystic Meg or Psychic Sally, waving their hands over a crystal ball but Faulkner is doing a lot of change that. I sat down with her to talk all things astrology and can easily understand, with her chilled demeanour, how she's able to convince even the most dedicated sceptics of the power of astrology.

Her career is impressive, encompassing everything from horoscopes in Grazia and Tatler to her 12-years-and-counting stint as the resident astrologer of the very chic Soho House. Recently, interest in astrology has boomed. Whether it be carrying crystals, basing decisions entirely on the direction of your horoscope, or wondering just how Mercury retrograde will ruin your life this time, astrology has become a seriously hot topic. Faulkner is tapping into that interest. In 2017, she brought out a book Your Signs exploring the attributes of each sign. Now, she has gone a step further with new book Your Stars which she describes as an astrological forecast of the year 2020. The book details the planetary shifts that may impact our actions and reactions and gives intentions and tasks on a daily and weekly basis to boost wellbeing in line with the stars. Consider it a life coach in a book. Here's what Faulkner had to say about it.

Lollie King: What inspired you to write the book?

Carolyne Faulkner: When I wrote my first book The Signs, there wasn't actually an astrology book that simplified astrology enough for people to start reading their own chart. I was approached by Tatler a year ago about writing horoscopes for them and I told them I didn't want to write normal horoscopes because I didn't believe in them and so they gave me free rein. I write a monthly forecast for them about what is happening with the planets and and how it's going to affect people and I talk about what plants are retrograde and that always what I've wanted to do, like an astrological forecast or an energy forecast. Then someone called Lydia, who is a Leo, had been following my career for a while asked me how far I could draw a forecast and asked if I would be interested in doing an annual journal for 2020. So thats where it all came from.

LK: Is there a piece of information in the book you think everyone should know?

CF: It has to be that we are heading for a reboot of the Age Of Aquarius without a doubt. Everyone talks about it but no one knows where it comes from. The Age Of Aquarius is a time of enlightenment. My book reads "our time is now, the highly prophesied shift in consciousness that took a hold in 2012 is awakening us up to spirituality without hypocrisy or hierarchy and our authentic connection to the universe and all other beings... I believe in each of us lies an unlimited amount of untapped power." This will spark innovation and change.

LK: What has your journey as an astrologer been like, how did you get into it?

Your Stars By Carolyn Faulkner

CF: When I was younger I used to have dreams, and a lot of the time they would play out. So I've had a heightened sense of awareness and intuition since I was tiny. My whole journey has been trying to dampen that, because I didn't want it. I wanted to buy Jimmy Choos, drive fast cars, and go on nice holidays but that wasn't my journey. I had to find a way of managing my intuition because [at that time] it was managing me. [In 2004] I went to school and started studying meditation which triggered my journey. The teacher encouraged me to start a psychic sensitivity course and that was the beginning of my training. I always wanted to learn astrology but no one would teach me, so when I was working in the entertainment industry I hired an astrologer called Derek Hawkins and worked with him every day, picked up the language and went from there.

LK: We know your last book, The Signs, are you creating a larger body of work or series or should these be taken individually?

CF: I believe that they work in tandem with each other. I'm working on a film, and I'm also working on some tech products, flipping the journal into an app. I've also got a series of children's books coming out at the end of 2020 called Millie And The Magic Bicycle.

LK: What are some of the challenges you've faced throughout your career?

CF: The main one years ago was getting people to take astrology seriously. For me that was the main thing. I was very cautious about what I would and wouldn't do which sometimes resulted in me struggling financially. I was asked to front a psychic hotline, and I said the only way I could was to interview and train everyone working under my name. Another one was people actually paying me for my work because I'm in the creative industry. For sure there is a certain level of work you have to do to earn your stripes. But I'm approached all the time for interns and I could never let anyone work in my company for free, it's just wrong. So I've made my stance but company owners have the responsibility to change.

CF: To believe in yourself. If there was anything I could tell my younger self, it would be to slow down and be present.

More like this
TikTok Has A Genius Old School Hack For Saving Money
By Sophie McEvoy
Ben & Jerry’s New Sundae Flavours Are A Chocoholic’s Dream
By Sophie McEvoy
What The UK Blocking Scotland’s Gender Recognition Bill Means
By Sam Ramsden
Here’s Your Daily Horoscope For January 27, 2023
By Mecca Woods
Get The Very Best Of Bustle/UK
Sign up for Bustle UK's twice-weekly newsletter, featuring the latest must-watch TV, moving personal stories, and expert advice on the hottest viral buys.