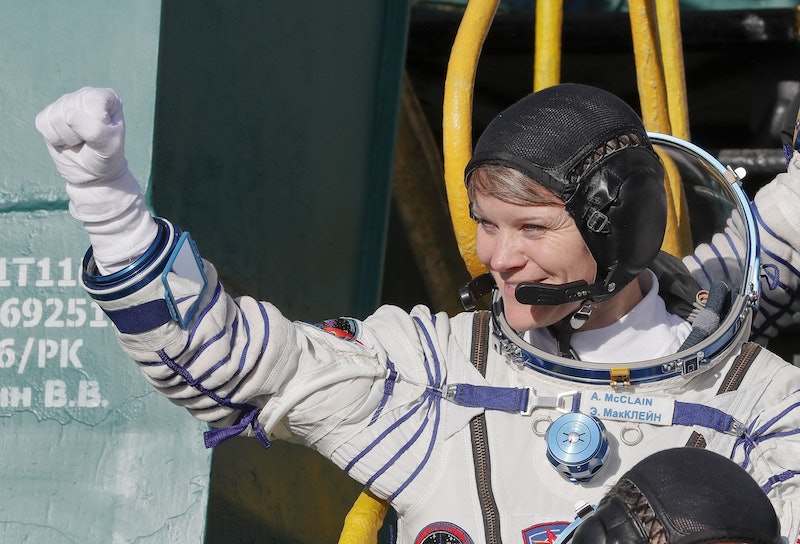 Critics were quick to express their outrage this week, after NASA announced that its previously scheduled all-woman spacewalk would not take place as planned, citing spacesuit size and preparation issues. But one International Space Station (ISS) resident, astronaut Anne McClain, responded to NASA's "spacesuit shortage" on Wednesday, revealing that the cancellation was based on her own suggestion.

"This decision was based on my recommendation," McClain wrote on Twitter. "Leaders must make tough calls, and I am fortunate to work with a team who trusts my judgement. We must never accept a risk that can instead be mitigated. Safety of the crew and execution of the mission come first."

Earlier in the month, the agency announced it was planning its first-ever all-woman spacewalk for Friday, March 29. The astronauts on deck were McClain and Christina Koch, according to NBC News. But days before the scheduled event, NASA said that while the spacewalk would still take place as scheduled, McClain was no longer participating, per NBC.

NASA officials explained the reasoning behind the decision to CNN. Body composition — including spine length — are prone to change while in space, the officials said. And while the ISS is equipped with two medium hard upper torsos — the upper portion of spacesuits — as well as two larges and two extra-larges, only one medium is currently configured to function as a spacesuit.

Stephanie Schierholz, who works in NASA's public affairs office, explained to CNN that McClain had trained in both medium and large sizes. But last week, she told NASA officials that she believed a large suit would be too big for her to safely participate in the spacewalk. This left little time to make the necessary adjustments, according to NASA.

"So it's easier to swap out the spacewalkers than to swap out parts of the spacesuit," Schierholz said. "It also helps them keep the schedule. If they reconfigure the suit, that would take significantly more time."

NASA also said as much on its official Twitter account, noting that the organization was aware that so many people were talking about the change. "To clarify, we have more than 1 medium size spacesuit torso aboard, but to stay on schedule with @Space_Station upgrades, it’s safer & faster to change spacewalker assignments than reconfigure spacesuits," the agency wrote.

Still, criticism continued to pour in on Twitter. Many users suggested that, because no appropriately-sized spacesuit was ready or would be prepared by Friday, the agency was not prioritizing women. A popular refrain pointed to the fact that NASA had placed a man on the moon but was not prepared to facilitate two women spacewalking at the same time. Pushback came from all corners of the internet. Even Hillary Clinton chimed in, tweeting simply on Tuesday that NASA should "make another suit."

Although Friday's all-women spacewalk was reconfigured, it does not necessarily mean that such a walk will never happen. NASA has a busy schedule — chock full of spacewalks and launches, according to the officials who spoke to CNN — and as this week demonstrated, the agency's plans are subject to change.