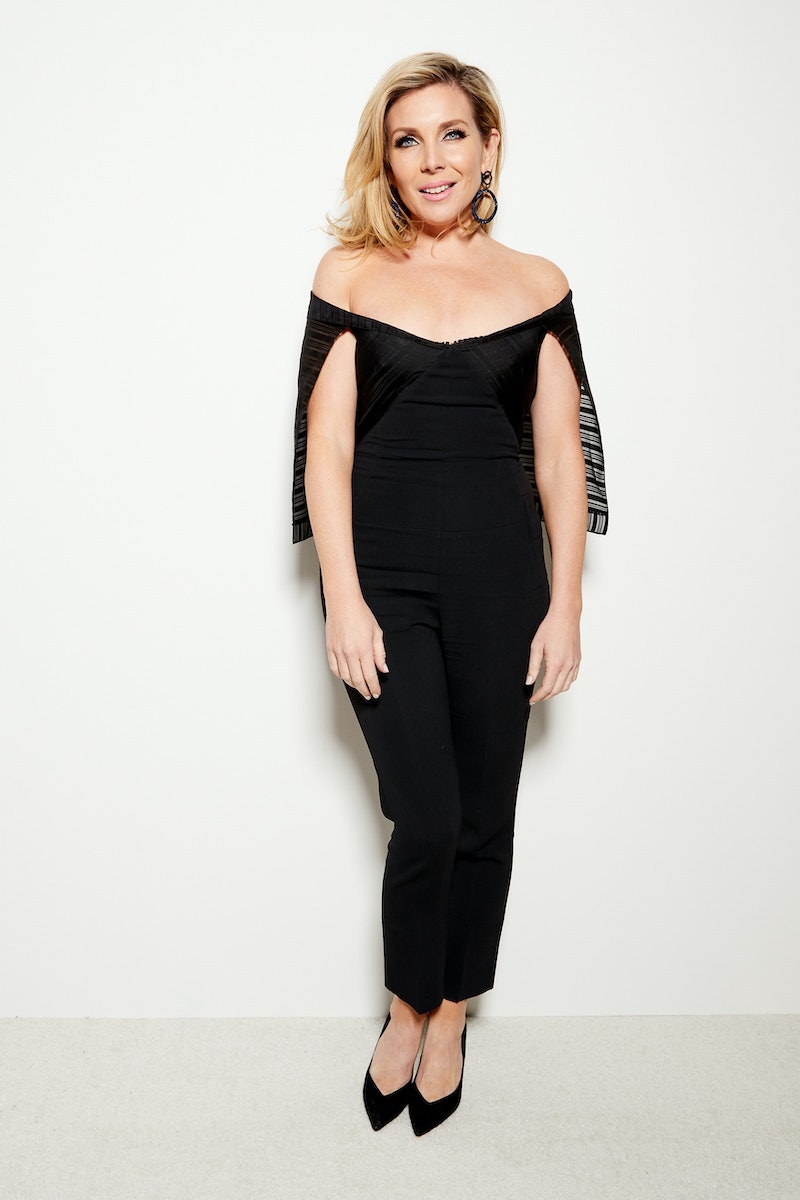 In Bustle’s Q&A series 28, successful women describe exactly what their lives looked like when they were 28 — what they wore, where they worked, what stressed them out most, and what, if anything, they would do differently. This time, June Diane Raphael is looking back on how the "worst year of her life" was also the year her career started to take off.

June Diane Raphael has recently taken up doing the New York Times crossword puzzle in quarantine — it's a low-stakes time occupier in a high-stakes world. "There is something about seeing something completed during a time when time has lost so much meaning... it's really satisfying," she says. When she's not figuring out 24 down, the actor stays connected through digital communal experiences like meditation and Friday night cocktail hours via The Jane Club, the co-working collective for women she and Jess Zaino founded in 2018.

Prior to opening The Jane Club — which recently launched The Connected Jane, the club's digital answer to keeping its members connected while social distancing — Raphael has worn many hats. After starting her career writing and creating at Upright Citizens Brigade, she co-wrote the screenplay for the comedy Bride Wars alongside her college friend and actor Casey Wilson. And in 2008, when Raphael was 28, she had a small but memorable role in Forgetting Sarah Marshall.

That year of her life is memorable for an unfortunate reason: just prior to winning the part, her mom died. "My manager called saying, 'You got the movie ... it's scheduled to shoot this Friday," Raphael remembers. "And that was the day of my mother's funeral, so I was like, 'Obviously I can't [take the role.]" Then, Raphael was surprised by what she calls "the best part" of Hollywood: Sarah Marshall director Nicholas Stoller changed the shoot date so Raphael could be there.

"There is a sort of grimness of this industry, and the underbelly of it can be so toxic and terrible," she says, "But I've also experienced the best part of [the industry], which is so many people who are interested in people and are kind and whose entire business and curiosity is about human emotions."

Fast forward 12 years, and Raphael stars in a hit Netflix show (Grace and Frankie); co-hosts a successful podcast (How Did This Get Made); has been the face of a cult-favorite Bachelorette-parody series (Burning Love); co-authored a book called Represent: The Woman's Guide to Running for Office and Changing the World; and has stood beside her Grace and Frankie co-star Jane Fonda during "Fire Drill Fridays" to protest climate change. Next, she stars in The High Note with Dakota Johnson and Tracee Ellis Ross, now premiering at home on May 29.

Below, Raphael reflects on her life at 28, and how she balanced coping with the loss of her mom with her career taking off.

I would say 27 to 29 was definitely the worst years of my life, and this is why: At 27, I was still working on my sketch comedy show with Casey Wilson [at UCB in New York]. At that point we were really getting a lot of attention from the industry as writers and as actors. Our show had gone to [the US Comedy Arts Festival in] Aspen and we were approached to do a rewrite on Bride Wars.

After spending so much of my early twenties running away from creditors and just not having any money and just working so hard to survive and do comedy, it felt like things were kind of just starting to take off. And then when I was 27, my mother passed away suddenly. And so I was dropped down into a really, really tough, I would say, year-and-a-half of just complete shock.

Where was your career at at that point?

Pretty soon after I [turned] 28 I auditioned for this movie Year One with Jack Black and Michael Cera, to play Jack Black's girlfriend. And I went in for the audition with Harold Ramis and this incredible casting director, Jeanne McCarthy. [Jeanne] believed in me and believed in my talent, [she] helped create a space for me where I wasn't terrified because I was grieving so much that it was scary to audition and try to be vulnerable and try to be creative when you're in that state.

I got the part [in Year One], and I spent a lot of my 28th year in Shreveport, Louisiana, shooting the movie. I got to be funny and do comedy and I was also really sad, but I was able to kind of work through that phase of time, which is so raw in a creative way. So I'm grateful for that. But it was also a very scary time to be alone in a hotel room with my own thoughts.

How did you learn to live beside that grief at such a young age?

It's a very hard concept, but you literally need days to go by to let it wash over you and to let your new reality set in, because there's literally no way to fast forward the pain. And in many ways people always say like, "Oh, time heals, it gets better with time." I think with sudden grief and sometimes grief in general, it's actually not true. That with time, as more time goes by, you realize, "Oh, this is reality, it did happen. I'm now even sadder because it's more real." But you also need to let that happen.

Were you able to recognize your career blossoming during this tremendous loss?

When I think about that year and how my career did start and continued to grow... In some ways I felt like that was sort of divinely happening. Like it was a tribute. It was also very hard for me though because I was like, "Oh, I want to share this. I can't believe that I finally have something for my mother to be proud of and she's not here to enjoy it."

Now that I'm a parent, though, I realize your pride in your children is beyond language, it's not tied to a specific thing they did. And so that's been a gift of having years behind me now, and having children of my own where I'm like, "Oh, I didn't need to do anything." She didn't need to see anything actually because she already knew.

What do you think your 28-year old self would think of what you're doing now?

I think that I would be really proud. I feel really grateful for all that I have in my life. I don't take it for granted because, I think people who have gone through some really deep grief earlier in life, you realize like, Oh, every moment is a gift. Nothing is promised. And so I am really grateful for both my career and my children and my marriage and my friends and all that I have. I really, really am. So I think that I would be [proud]. I think I probably hoped that my life would look like this at 40 and so I'd be pretty excited.

More like this
Lauren Lyle Bustle Booth
By El Hunt
On 'The Handmaid’s Tale,' Christine Ko Fights Back
By Gretchen Smail
The Fashion Blogger Behind "Christian Girl Autumn" Just Dropped A Clothing Line
By Allie Fasanella
What Is Miles Teller’s Net Worth? The 'SNL' Host's Bank Account Is No Joke
By Meg Walters
Get Even More From Bustle — Sign Up For The Newsletter