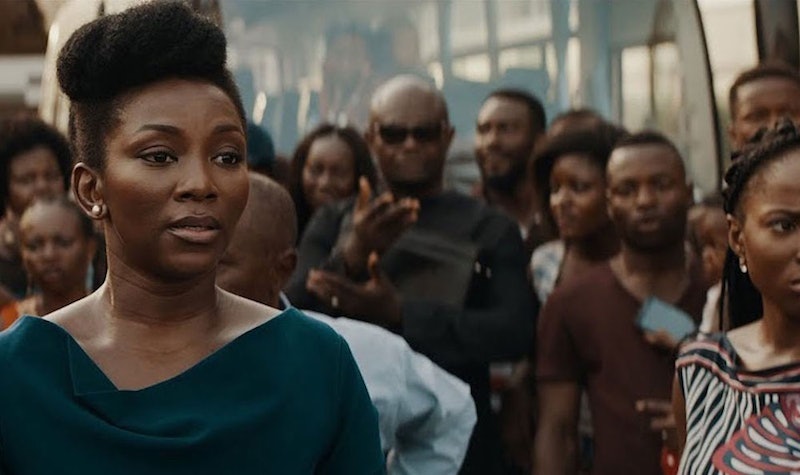 Ava DuVernay has a question for the Academy of Motion Picture Arts and Sciences. Specifically, the director wants to know why a Nigerian film was disqualified for the 2020 Oscars. And it's likely, others will have the same question once they hear the wild reason the Nigerian film Lionheart was deemed ineligible.

On Monday, Nov. 4, The Wrap reported that Nigeria's first-ever submission for Best International Feature Film was disqualified from next year's Oscars. The reason being that the film is largely in English, with under 12 minutes of dialogue in Igbo, the language spoken in eastern Nigeria, despite the fact that English is the official language of Nigeria. This reportedly violates the Academy's rule that entries in this category, which was known as Best Foreign Language Film until this year, must have “a predominantly non-English dialogue track.” But, DuVernay is questioning that rule in connection to this particular film. "Are you barring this country from ever competing for an Oscar in its official language?" she asked, tagging The Academy's official Twitter account.

The Academy has yet to respond to DuVernay's question. Bustle reached out to the Academy for comment on both the situation and DuVernay's tweet, but did not immediately hear back. But, Lionheart director and star Genevieve Nnaji did.

Retweeting DuVernay's pointed question, Nnaji pleaded her case to the Academy, noting that having her film in mostly English is a larger statement about her home country. But, her tweet also begs the Academy to question their own rules on what makes a film an international one. Lionheart "represents the way we speak as Nigerians," Nnaji wrote. "This includes English which acts as a bridge between the 500+ languages spoken in our country; thereby making us #OneNigeria."

Nnaji added in a separate tweet that Nigeria's relationship to the English language is a complicated one. "It’s no different to how French connects communities in former French colonies. We did not choose who colonized us," she said of Nigeria being a British colony. "As ever, this film and many like it, is proudly Nigerian."

Nnaji's confront the Academy to question their own rules on what defines an "international film." And fellow director Lulu Wang agreed. In her response to this controversy, the director of the Farewell, a movie produced in the U.S., but mostly in Chinese, offered more questions for the Academy to mull over.

"This calls attention to the delineation of 'foreign film' vs 'foreign-language film,'" Wang tweeted. "Which makes more sense? Can a 'foreign film' be in OUR language (i.e. English)? Can a domestic (i.e American) film be in a foreign language? What does it mean to be foreign? And to be American?"

By all accounts, Lionheart is a film that is telling an international story, albeit in English. The film, which is currently streaming on Netflix, is about a young woman, played by Nnaji, who takes over her family business after her father falls ill, offering her a chance to prove herself in a male-dominated world. And having an opportunity to contend for an Oscar was the director's chance to do the same.

Not only was Nnaji competing to be the first-ever nominee from her country, but she would be one of only 28 female directors vying for a nomination this year out of 93 international film submissions. According to The Wrap, this is a category record number of submissions and female directors. In total, only three female directors have won the prize in its 72-year history.

The Academy could still reverse their decision, and as awards season looms closer, this will be a decision it will have to address sooner or later.

Editor's note: This article has been updated with a statement from the Academy.

This article was originally published on November 5, 2019