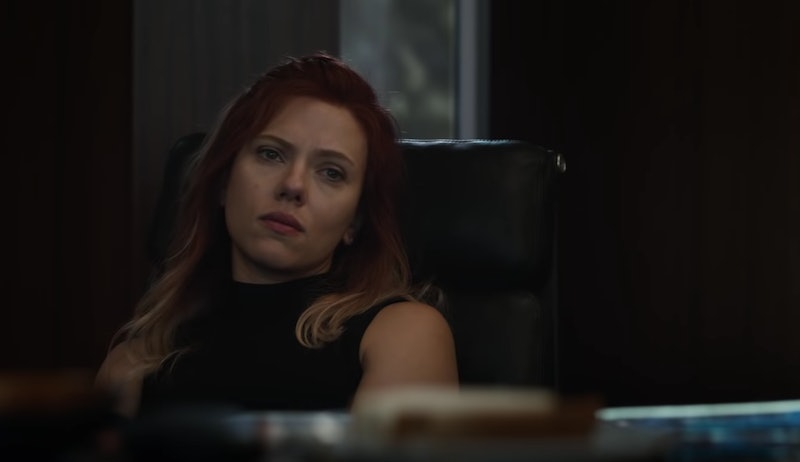 On Tuesday morning, April 2, the ticket pre-sale began for Avengers: Endgame's April 26 release, and it seems like the final movie of the MCU's Phase 3 will have a record-breaking turnout for its opening weekend in theaters. Avengers fans crashed ticket sites during the first few hours of the pre-sale, and they took to Twitter to commiserate over the hours-long wait times on Fandango, as well as the unavailability of the AMC site and others. According to Deadline, the movie ticket purveyor called Atom Tickets sold three times more tickets for Endgame as it did for Infinity War in the first hour of pre-sales. And USA reported that the AMC website and app crashed in the first hours of the pre-sale.

Clearly the demand for opening night seats to watch all of the fallout from Infinity War's catastrophic ending is extremely high. With half of the earth's universe having been dusted in the previous film, the stakes in Endgame are higher than Tony Stark's (Robert Downey Jr.) ego, and now that Captain Marvel/Carol Danvers (Brie Larson) is in the mix, fans undoubtedly want to see how the new team of Avengers will work together to possibly save the entire universe.

It's times like these, when MCU fans have crashed movie theater and ticket sites that Twitter comes in handy, because as fans desperately attempted to secure their plans to see Endgame as soon as possible, they were able to freak out together online about how stressful it was to make their purchases. The hilarious online reactions almost make all of the pre-sale stress worthwhile.

Three hours after the pre-sale tickets went on sale, AMC responded to the site's crash on Twitter by joking, "It looks like we've gotten Thanos' snap." With so many website malfunctions, getting those pre-sale tickets probably did feel as difficult as obtaining each of the Infinity Stones.

Even Josh Gad took to Twitter to lament about the difficulties of claiming a seat to see the Avengers' biggest showdown. "I was apparently one of two billion people trying buy a ticket for #AvengersEndgame in London on opening night," Gad wrote.

Eventually, some people gave up on their mission to purchase opening night Endgame tickets. "After being in the [Fandango] queue for 90 minutes, stuck on their 7 minute estimated wait time for 20 minutes, they timed me out. Please, everyone, no spoilers until I can buy the first available tickets in July," Twitter user @cajansona wrote, adding a few laughing-emojis at the end.

However, some determined fans have shared on Twitter that they were able to eventually purchase pre-sale tickets, usually, as they say, after hours of effort. The long wait just makes these Twitter celebrations more exciting to see.

This might feel like déjà vu for those used to the pre-sale ticket rush, but even seasoned MCU pre-sale fans have to admit, it's never been quite this bad. And, clearly, it's just a symptom of the MCU. Just last March, Captain Marvel sold more pre-sale tickets on Fandango than any movie since Infinity War and it became the third highest pre-selling MCU film, according to The Hollywood Reporter. Avengers: Infinity War and Black Panther are the two MCU films with the most pre-sales, according to THR, but it looks like Endgame is well on its way to take the number one spot over the next few days, or even hours.

Hopefully everyone who missed out on buying their pre-sale tickets due to technical glitches doesn't have any of Endgame's plot spoiled for them before they head to the theaters.