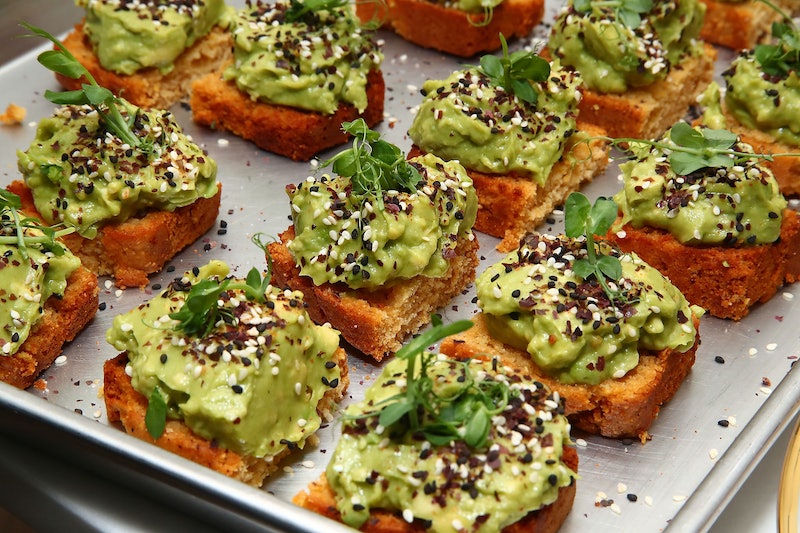 Check the sticker the next time you shop for avocados because avocados in six states were recalled over potential Listeria concerns, CNN reports. Henry Avocado Corporation has voluntarily recalled avocados grown in California and sold in bulk to retail stores in six states due to potential contamination with the bacteria Listeria monocytogenes, the company said in a news release.

“Henry Avocado is issuing this voluntary recall out of an abundance of caution due to positive test results on environmental samples taken during a routine government inspection at its California packing facility. There are no reported illnesses associated with this recall,” the company said in a news release.

A listeria infection can cause fever, diarrhea, stiff neck, confusion, weakness, and vomiting, according to FoodSafety.gov. Symptoms of a listeria infection usually start within one to four weeks after eating food contaminated with the bacteria, according to the Centers for Disease Control and Prevention (CDC). However, some people have reported symptoms the same day they were exposed to listeria, says the CDC, while others reported not experiencing symptoms until upwards of 70 days after exposure. According to the CDC, the people most at risk of infection are pregnant people, older adults, and people with weakened immune systems.

If you’ve already purchased recalled avocados, the company says don’t eat them; either throw them away or return them where you bought them for a full refund. But if you think you’ve already eaten recalled avocados, don’t worry. A mild listeria infection doesn’t need any treatment, and you can just let it run its course, according to Mayo Clinic. If you’re having a little diarrhea or vomiting — AKA, classic food poisoning — it should pass on its own. But if you notice your symptoms get worse, Mayo Clinic says you can go to your doctor to get antibiotics to treat the infection.

Listeria can cause one of the more serious food-borne infections, but it’s also one of the rarer food-borne illnesses, according to the World Health Organization (WHO). But unlike other common bacteria that cause food-borne illnesses, says the WHO, listeria can survive and multiply even when refrigerated. That’s why the WHO says it is super important to store foods at the right temperatures, follow their shelf-life periods, and follow safe food-handling practices, like separating raw and cooked foods.

In the case of the Henry Avocados, the company says no illnesses have been reported, but they’re recalling these avocados just to be safe. “We are voluntarily recalling our products and taking every action possible to ensure the safety of consumers who eat our avocados,” Phil Henry, president of Henry Avocado, said in a news release.

That means you don’t have to give up your avocado toast just yet. Just look at the stickers on your avocados when you shop to make sure you’re not picking up avocados that haven’t been voluntarily recalled, and you’re good to go.