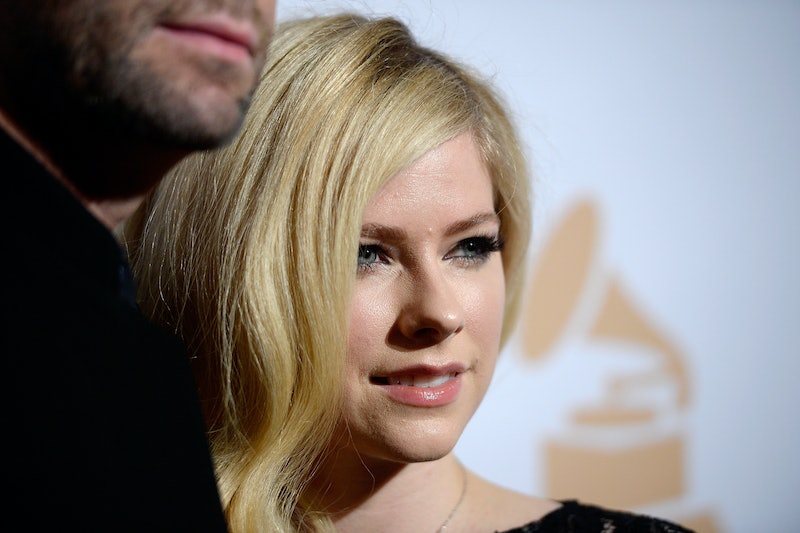 Yup, 2016 really has been a year to try and not remember. File the following under "mild celebrity Twitter feuds you didn't see coming": Avril Lavigne has taken issue with Facebook's Mark Zuckerberg because of a joke he made about Nickelback. As one does in our current social media-obsessed culture, Lavigne used the Notes app to pen a mini screed, so she could then share it on Twitter. (But definitely not on Facebook, as that would be a bit counterproductive.)

Let's back up for a second. The screenshot note was meant to be a response to a comment Zuckerberg made regarding his artificial intelligence assistant Jarvis, and how its specifically programmed to never play Nickelback. Ever. But for the Canadian singer, and ex-wife of Nickelback's frontman Chad Kroeger, this was no laughing matter.

As par for the course of celebrity social media feuds, Twitter has been weighing in. Mostly, people are finding the note funny, which by the sound of its content, was definitely not the purpose. At this point, no one knows what could ever stop the intense dislike of this band, but the longstanding "Nickelback is the worst" punchline probably won't be broken by Lavigne's screenshot note. That's for sure.

"Dear Mark," Lavigne writes, "Many people use your products — some people love them and some people don’t. Either way, you’re allowed your musical opinion however, your jab at Nickelback is in poor taste.” She continues, "When you have a voice like yours, you may want to consider being more responsible with promoting bullying, especially given what’s going on in the world today."

The sentiment seems to be coming from a place of kindness, but unfortunately the "given what's going on in the world today" part isn't really resonating with people. In the wake of terrible world events and an at-best shaky political climate, a jab about Nickelback isn't high on the priority list. If anything, Lavigne's message to Zuckerberg is giving people fodder for even more jokes.

As of right now, there are nine full days left. Please keep it together, 2016.

While Lavigne's intent to share an anti-bullying message might have not resonated in the way she hoped, she has some good points. Unfortunately, all those other important things going on in the world right now, like she mentioned, supersede them.