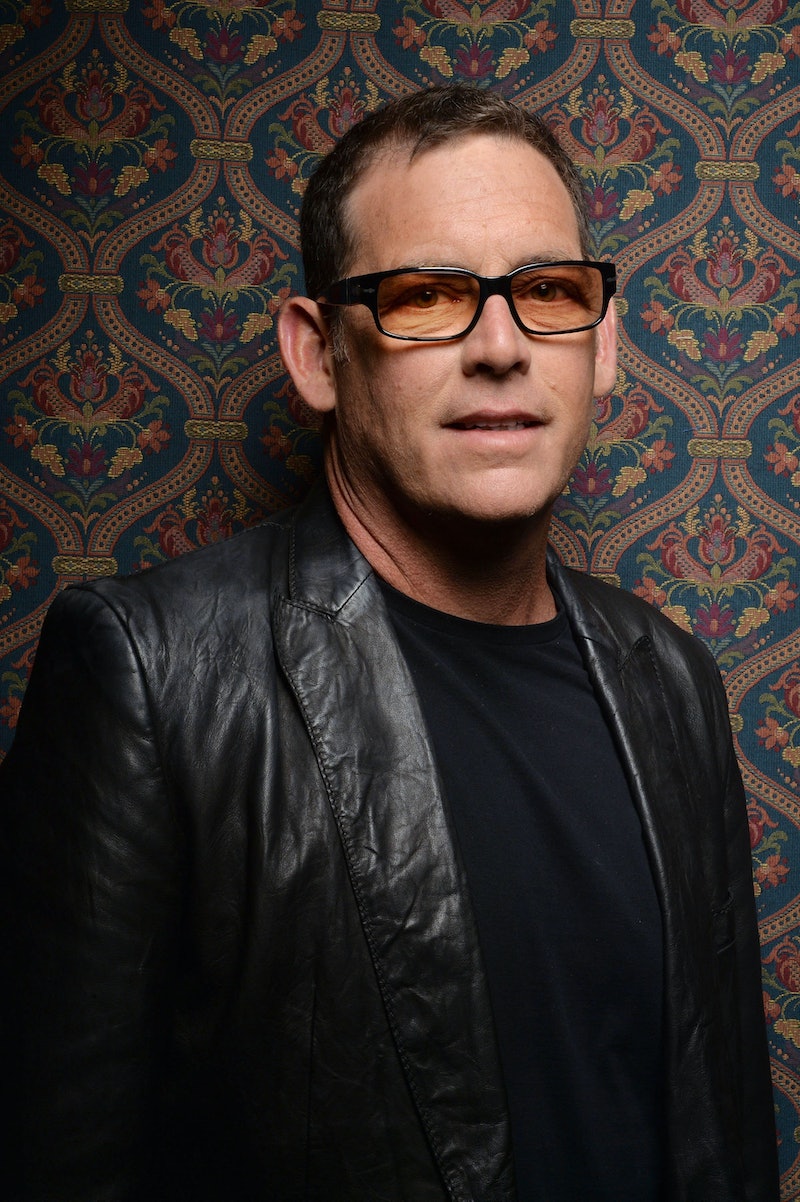 The Bachelor franchise has once again found itself at the center of a controversy, but this time it's taking place behind-the-scenes. As reported by The Hollywood Reporter, Bachelor creator Mike Fleiss has been accused of abusing his wife. According to court documents obtained by THR on Tuesday, July 16, the allegations come directly from Fleiss' wife, Laura Kaeppeler Fleiss.

Fleiss denied Laura's allegations of abuse in court documents obtained by The Blast. According to People, he filed for a divorce on July 7, citing irreconcilable differences, claiming, "I have not hurt, attacked, or attempted to physically harm Laura or our child, Benjamin Fleiss ‘Ben,’ in any way." When Bustle reached out to ABC for comment, a Warner Bros. spokesperson told Bustle, "We are aware of these serious allegations, and are looking into them."

In these court documents, Laura, who is pregnant with the couple's second child, claimed Fleiss became violent over the Fourth of July weekend. The documents also stated that the couple's 4-year-old son, Ben, was present during a portion of their argument, as the alleged incident took place at their home in Kauai. In the aftermath of the argument, Laura reportedly filed an emergency domestic violence restraining order in Los Angeles on Tuesday, which has been granted, per Deadline.

According to Deadline, Laura recounted details of the alleged abuse in the filings, claiming that Fleiss threatened to get a divorce if she did not get an abortion. "This was not the first time he had threatened a divorce during our marriage, but now, he was using this threat as leverage to force me to have an abortion," she alleged. She also claimed that her husband threatened to cut her off financially, telling her, "‘You have a choice, you can choose. Have an abortion or go back to Wisconsin, but you are not taking Ben.'"

Laura claimed to have received threats and verbal abuse from Fleiss throughout the next several days, which allegedly escalated to physical abuse. According to Laura, Fleiss allegedly forcibly pinned her up against the wall and held her there, and threatened to shove her down the stairs and punch her face in. Photos of the alleged attack and the injuries that followed were included in the court documents, per THR.

As mentioned, Fleiss denied the abuse allegations in his court filing. Moreover, he alleged that he was the victim of a physical attack, as per People. He claimed,

“Laura was the aggressor during the incident and physically attacked me. I tried to get away from her as she was chasing me and hitting me. I have security footage from our home that shows the incident, which the Court can review.”

He alleged that — following an argument about whether she had been on birth control when she became pregnant — Laura attacked him on July 6, after he demanded took her phone. "She was pounding on me with her fists, jumping on my back, and attacking me trying to get the phone back," Fleiss claimed in the report. He also claimed to have obtained security camera footage of the incident.

A spokesperson for the Kauai Police Department told The Blast that "the incident remains under police investigation." Meanwhile, Laura's temporary restraining order against Mike has been granted and a hearing for a long-term restraining order is set to take place on Aug. 6.

More like this
'Bachelorette' Vet Clare Crawley Revealed Her Stunning Wedding Photos
By Stephanie Topacio Long
Megan Mullally & Nick Offerman’s Relationship Includes Several Collaborations
By Caitlin Gallagher and Brad Witter
Brianna Revealed Why 'The Bachelor' Premiere Was Tougher For Her Than You Saw On TV
By Brad Witter
'Bachelorette' Vet Clare Crawley Unveiled 2 Special Wedding Day Accessories
By Stephanie Topacio Long
Get Even More From Bustle — Sign Up For The Newsletter
From hair trends to relationship advice, our daily newsletter has everything you need to sound like a person who’s on TikTok, even if you aren’t.