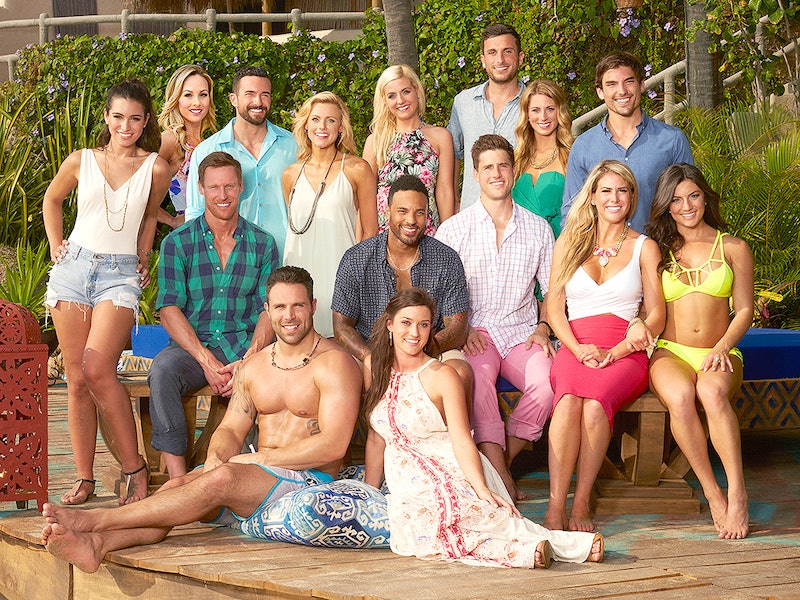 The cast of Bachelor In Paradise Season 4 was recently announced, getting fans hyped to see their favorite and not-so-favorite Bachelor contestants hit the beach and the bar. But according to The Hollywood Reporter, Warner Bros. released a statement that production of Bachelor In Paradise has been suspended due to "allegations of misconduct." What does that mean for the show's release date? Well, it's unclear so far, but there's certainly a chance that the new season may be delayed by these allegations. Bustle has reached out to ABC for comment.

EARLIER: The statement is vague about what exactly may have been going down on the Mexico set of Bachelor In Paradise and which contestants — if any — are involved. No doubt the shocking news will get the rumor mill humming, however. There's nothing Bachelor series fans love more than speculating about what's happening behind the scenes. The June 11 Warner Bros. statement reads:

The production company is promising a "thorough investigation," which hints that they were made aware of something pretty serious. The delay could upset the delicate cycle of Bachelor to Bachelorette to Bachelor In Paradise seasons. And it has to be assumed that "appropriate responsive action" could include shutting down this season entirely, should circumstances warrant that level of intervention. For now, however, this appears to be a suspension, not a cancellation, with more information hopefully to come.

The Bachelor In Paradise Season 4 cast was set to include Demario Jackson, Raven Gates, Robby Hayes, and Corinne Olympios, among several other Bachelor/ette alums. It was originally set to premiere on Aug. 8.