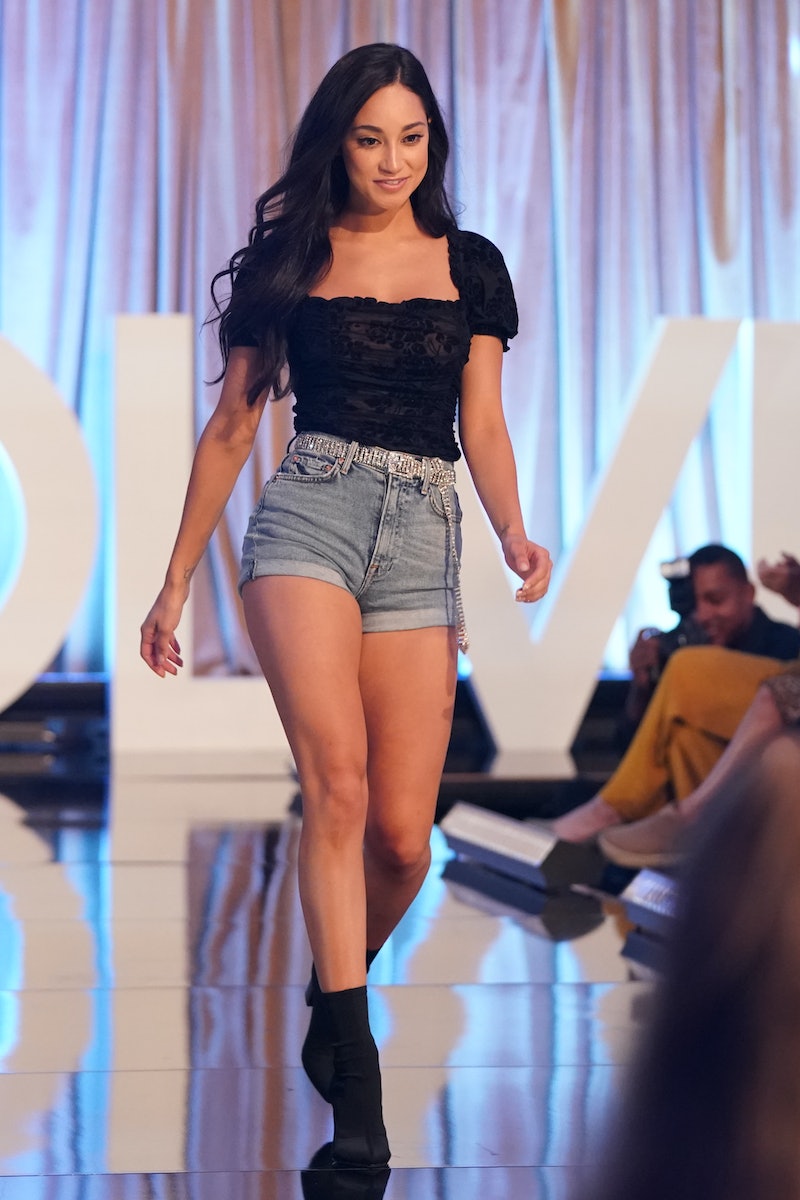 Apparently, Peter isn't the only member of Bachelor Nation who will have to come face to face with their ex this season. In the teaser for the Jan. 27 episode of the reality show, Victoria F. revealed she dated country star Chase Rice before The Bachelor — a revelation that came to light after Peter took her on a one-on-one date featuring a performance by Rice. It's too early to tell what, exactly, that means for Victoria's time on The Bachelor, but there are at least a few things that we know about Chase's performance, and his relationship with the current contestant.

In the brief preview shown at the end of the most recent episode, the bachelor proudly declares, "I have a surprise for Victoria. We have our own private Chase Rice concert," while the Virginia Beach native nervously bites her nails. "Chase and I dated," Victoria can be heard saying, to which Peter seemingly responds, "Wait, what?" From there, Victoria appears to break down crying, saying, "I can't do this," before walking away from Peter and their date.

Rice and Victoria reportedly dated before she left for the show, according to some spoiler-filled tweets from Reality Steve back in October. The writer added, "I don’t know how serious it was, how long it was for, or how [or] why it ended." Rice, for his part, hasn't publicly spoken about his relationship with Victoria, though Reality Steve also claimed that they still followed each other on Instagram while filming was taking place. (Currently, Rice only follows the Manchester City FC account, but Victoria still follows the country star.) Bustle reached out to a representative for Rice but did not receive an immediate response.

Victoria wasn't the only one who was completely blindsided by her reunion with her ex — in an interview with The Morning Toast at the CMA Awards in November, Rice revealed that he agreed to go on The Bachelor to promote his music and that he wasn't thrilled with the producer-orchestrated reunion. "I wanted to go on an promote my music, and they brought a little extracurricular activity into that," he said at the time, adding that the show "set everybody up. I didn't sign up for that. ... I just wanted to promote my music and that's all it should have been, and it wasn't."

Rice also made it very clear that despite the awkward moment, his relationship with Victoria is very much over. "[There] ain't no love triangle, I'll tell you that," he said. "The love's on their side. I don't know what happens there, but I wish them the best." The singer reiterated that in another interview with People, explaining that there will "absolutely not" be a reunion between the two.

Victoria hasn't shared much about her run-in with Rice or her time on The Bachelor, but she did imply that the upcoming episodes will bring plenty of drama in an Instagram post from November. "I’d like to start off by saying thank you to all of my family & friends for the overwhelming support. Even to the strangers who have reached out to show me kindness," she wrote, adding, that "there will be a time & place where I can defend myself, but for now I choose to wait."

In other words, Bachelor Nation will simply have to keep tuning in to find out what exactly went down between her and the country star — and what kind of curveballs are headed for her and the other Bachelor contestants later in the season.