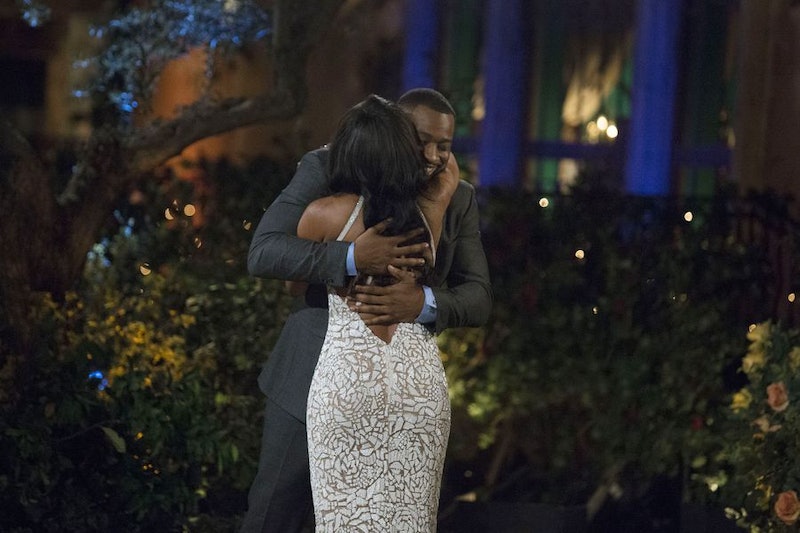 The field of men on The Bachelorette has narrowed considerably since 31 men made their limo entrances, but so far, not many fan favorites have been sent home. But that wasn't the case when Kenny was eliminated from The Bachelorette, which was one of the most emotional moments in the season so far. Kenny really seems to care about Rachel, and fans started theorizing immediately that Kenny should be the next Bachelor, because he showed himself to be a sweet, caring guy who had an amazing relationship with his daughter — and he definitely deserves to find love. Rachel didn't feel like she got the chance to fall in love with Kenny, but it's already clear that he has a lot of fans out there who would jump at the chance to win over the wrestler's heart and get to know his daughter McKenzie.

Of course, all of these men will ultimately wind up going home, save one, so there's plenty of choices for the next Bachelor. But with his emotional exit and his heart-to-hearts with his daughter, Kenny has distinguished himself as someone special. It was clear from the beginning that Kenny was struggling with being separated from his daughter for so long, especially when most of the time he spent on the show were tied up in conflict with Lee, rather than getting to know Rachel. But the fans want Kenny to get another chance, and throughout the episode, he was trending on Twitter as they campaigned for him to return.

Kenny may have been eliminated, but he hasn't lost much by being cut from The Bachelorette. Whether or not he chooses to return to the franchise, either as the Bachelor or by making an appearance on a spinoff, he's certainly won over the series' fans with his performance on the show.

More like this
This 'Bachelor' Contestant Got Back With Her Bachelor Nation Boyfriend After Going Home
By Grace Wehniainen
'Bachelorette' Vet Clare Crawley Unveiled 2 Special Wedding Day Accessories
By Stephanie Topacio Long
This 'Bachelor' Contestant Had The Best Reaction To Wearing The Same Dress As Another Woman
By Grace Wehniainen
A Guide To All Of Zach Shallcross' 'Bachelor' Filming Locations
By Brad Witter
Get Even More From Bustle — Sign Up For The Newsletter
From hair trends to relationship advice, our daily newsletter has everything you need to sound like a person who’s on TikTok, even if you aren’t.