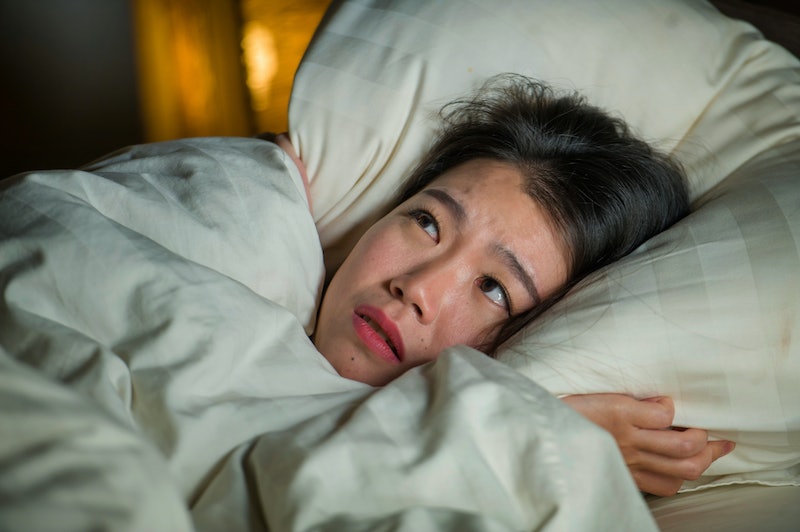 The moment after waking up from a bad dream often involves scanning the room for any potential monsters, switching the light on to double check, then spending the next hour on high alert. But, according to new findings, bad dreams can actually helpful for day-to-day life.

Researchers from the University of Geneva (UNIGE), University of Wisconsin, and University Hospitals of Geneva teamed up to see what goes on in the brain during a bad dream. Note that these are different from full-blown nightmares which are characterised by excessive fear levels that impact sleep. A generic bad dream, on the other hand, only results in a moderate level of fear.

The first part of the study involved analysing the brain activity of 18 people who were woken several times during the night. Every time they woke up, they had to answer questions, including whether they had dreamt and whether those dreams made them feel scared. Two brain areas — the insula and the cingulate cortex — were found to be involved in the trigger of fear when dreaming.

But the team wanted to see whether there was a link between dream fear and emotions people felt when awake. So they asked 89 people to record their dreams each morning for a week and the emotions they experienced during them.

Once the week was up, MRI scans were taken. During the scan, participants were shown "emotionally negative images, such as assaults or distressful situations, as well as neutral images, to see which areas of the brain were more active for fear, and whether the activated area changed depending on the emotions experienced in the dreams over the previous week,” explained Virginie Sterpenich, a researcher in UNIGE's department of basic neurosciences, in a statement.

“We found that the longer someone had felt fear in their dreams, the less the insula, cingulate, and amygdala were activated when the same person looked at the negative pictures,” Sterpenich said. (All of these brain areas help manage emotions.) “In addition, the activity in the medial prefrontal cortex, which is known to inhibit the amygdala in the event of fear, increased in proportion to the number of frightening dreams!”

But super scary dreams, i.e. nightmares, did not have the same benefit. Instead, they were found to likely interrupt sleep and produce a "negative impact" that still existed when the person woke up.

Nightmares, being a more complex phenomenon, could form the basis of future studies. As for the new findings? Well, they could pave the way for a new form of dream therapy to help treat people with anxiety.

More like this
Here’s Where The NHS Nurses’ Strike Currently Stands
By Sophie McEvoy
Pret & Costa’s Coffee Is The Strongest On The High Street, According To Which?
By Sam Ramsden
Forestcore Is About To Take Over Your TikTok FYP
By Sam Ramsden
Here’s What TikTok's "Mascara” Trend Is *Really* About
By El Hunt
Get The Very Best Of Bustle/UK
Sign up for Bustle UK's twice-weekly newsletter, featuring the latest must-watch TV, moving personal stories, and expert advice on the hottest viral buys.