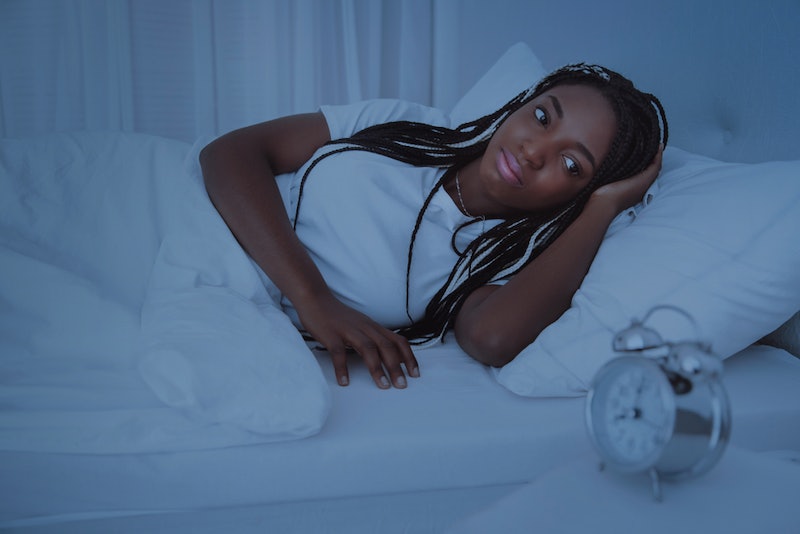 The tie between poor sleep and poor health is pretty well-established in science. If you sleep badly, you're more at risk for cardiovascular issues, immune system problems, memory lapses, respiratory infections like the common cold, and more. A new study has just added another dimension to this picture: it turns out that when you don't sleep well, you become more sensitive to pain the next day. The study, published in the Journal of Neuroscience, is a new window onto what happens in the brain when you sleep badly — and it appears that it has real effects on our pain sensors.

The study had two stages. In the first, the scientists kept healthy adults awake in a lab all night, then asked them to do "pain sensitivity" tasks the next day while looking at their brains. It seems that just one night of poor sleep has a real impact on the ways in which your brain process pain.

"Acute sleep-deprivation amplifies pain reactivity within human (male and female) primary somatosensory cortex," wrote the scientists in the study. The primary somatosensory cortex is the region of the brain that's responsible for interpreting signals from the body about touch, pain and temperature. If you touch a freezing surface or burn yourself on a hot pan, it's the brain region that fires up. Sleep deprivation for just one night, according to this study, makes it more sensitive — and, the scientists noted, that wasn't all.

The people in the lab experiment also had a lowered pain threshold; in other words, the scientists explained, "sleep deprivation expands the temperature range for classifying a stimulus as painful." You might be able to handle a semi-hot pan on a normal day, but after you've had a really bad night's sleep, your brain will interpret it as really painful.

The brain actually has other pain-processing regions, including the striatum and the insula. The striatum can help you feel less pain when you encounter something agonizing, and experiments with the insula show that it's involved in "pain intensity coding", or how the brain registers pain. The scientists in the new experiment found that after 24 hours of sleep deprivation, the subjects' brains showed lower activity in their striatum and insula — indicating that they weren't able to process pain as clearly. That's probably another reason why they felt pain intensely the next day.

The scientists did a survey online to see if their findings held up in the real world, and they did. People who'd slept poorly reported greater pain the next day, as compared to people who'd had a lovely night's rest. "Even subtle night-to-night changes in sleep in a sample of the general population predict consequential day-to-day changes in pain," the scientists wrote in their study. And this matters — a lot.

Sleep and pain are connected. People who have chronic pain conditions can be stuck in a cycle where their pain makes them unable to sleep, and then their sleep deprivation makes them more sensitive to pain the next day. A study in 2016 found that "sleep problems were associated with chronic pain, musculoskeletal pain, headache and abdominal pain severity," often over years, and particularly in adult women. Chronic pain issues are more common in women than men, and sleep issues exacerbate symptoms.

If you've been experiencing sleep deprivation and consequently pain, an interesting study from Harvard neurologists in 2017 might provide an answer. According to their study on mice, published in Nature, sleep deprivation-induced pain can't really be solved by traditional painkillers like ibuprofen or paracetamol. Instead, taking something to increase alertness, like caffeine, seems to be a more effective route. The sleep-deprived mice who were given those showed much more normal pain sensitivity afterwards. “Such drugs could help disrupt the chronic pain cycle, in which pain disrupts sleep, which then promotes pain, which further disrupts sleep," explained head study author Professor Clifford Woolf in a press release. Talk to your doctor about potential interventions if you've been managing poor sleep.

It remains to be seen whether caffeine and other alertness-heightening drugs are the best option for dealing with excessive pain sensitivity in sleepy humans. But the new study shows us how fast the brain can change in response to poor sleep: just one night is enough to change how you experience pain.