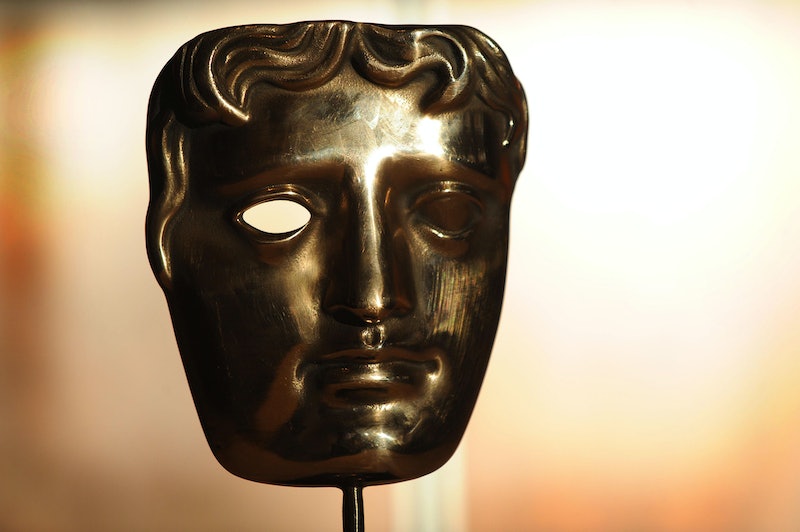 The #BAFTAsSoWhite hashtag erupted as soon as this year's award ceremony nominations were revealed. In a similar vein to the 2015 #OscarsSoWhite movement, people took to social media to express their dismay at the complete lack of nomination diversity. Now, BAFTA has responded, saying it will review its nomination process and do better in 2021.

The biggest categories arguably elicit the most powerful response. Every single actor nominated for both leading actor and leading actress is white; a list that includes the likes of Leonardo DiCaprio, Saoirse Ronan, Scarlett Johansson, and Adam Driver.

It's the same story for the supporting actor and actress categories, with not one person of colour receiving a nomination. In fact, BAFTA decided to nominate Margot Robbie twice in the same category. (One of her nominated films, Quentin Tarantino's Once Upon a Time in Hollywood, was widely criticised for its lack of female dialogue, as Vulture reports.) Johansson also received two acting nominations: a leading actress appearance for Marriage Story and a supporting actress one for Jojo Rabbit.

Speaking to Variety, the head of BAFTA's film committee, Marc Samuelson, said a "careful and detailed review within and outside the membership" would take place. “There is absolute openness to change, and the organisation made clear its position on the noms and that it was not satisfied," he added. "Change is required — what that is, is complex and needs calm, careful thought.”

Currently, the nominations process works like this: the first round, explains the Guardian, involves both BAFTA specialists in areas such as directing and screenplay. The full BAFTA membership — which encompasses 6,700 people, per Sky News — chooses nominations for the four big acting categories. This results in the nominations list. After that, all BAFTA members again vote on the winner of each award with specialist juries determining awards like best animated film.

Although BAFTA executives are encouraging members to give feedback, the Guardian reports, the organisation is also said to be seeking advice from outside sources. Changes will be implemented before voting for the 2021 awards begins, notes Variety.

Samuelson described the current situation as "infuriating" to Sky News, but noted that female BAFTA nominations continue to rise. However, women still make up just over a third of total nominations. Ironically, new research from the Centre for the Study of Women in Television and Film found there was a record number of female leads in the highest-grossing U.S. films of 2019.

But the representation of women of colour was disappointing. Only a fifth of female speaking parts were played by black women. This figure reduced to just 7% for Asian women and a measly 5% for Latina females.

Although BAFTA's review has been welcomed by some, others are sceptical of the outcome. "This is a very familiar industry reflex; a quick and very public statement to respond to the situation, which often denies any analysis of why the situation arose in the first place," Dr. Clive Nwonka, a fellow in film studies at the London School of Economics, told the Guardian.

Dr. Nwonka called for a #MeToo-style movement centred on race: "#MeToo exposed the truth about how female filmmakers are treated. We need a moment that reveals how BAME talent is denied long-term careers and recognition, such as awards, because of racism."

Simply including people of colour is doing little to solve the problem, he suggested, telling the paper: "At the moment, people can be included but it’s not sustainable. If value is determined by who wins awards, then this suggests that, in 2019, there were no good black films which is simply not true”.

The Oscars has made some progress since the Academy of Motion Picture Arts and Sciences pledged to double the number of women and people of colour in its membership by 2020. Several 'firsts' have been witnessed: in 2019, Ruth E. Carter was the first African American woman to win the costume design award and Yalitza Aparicio was the first indigenous Mexican woman to be nominated for best actress.

But April Reign, creator of #OscarsSoWhite, proved there's a long road ahead. "Until we are no longer talking about 'firsts' in a particular year, until we see every marginalised community, not just based on race and identity, but also with respect to gender identity, sexual orientation, disability, age, and indigenous people in this country, until all of those categories are recognised and we see facets of those experiences on screen — not just during awards season, but all year long — there's still a lot of work that needs to be done," she told radio station WBUR.