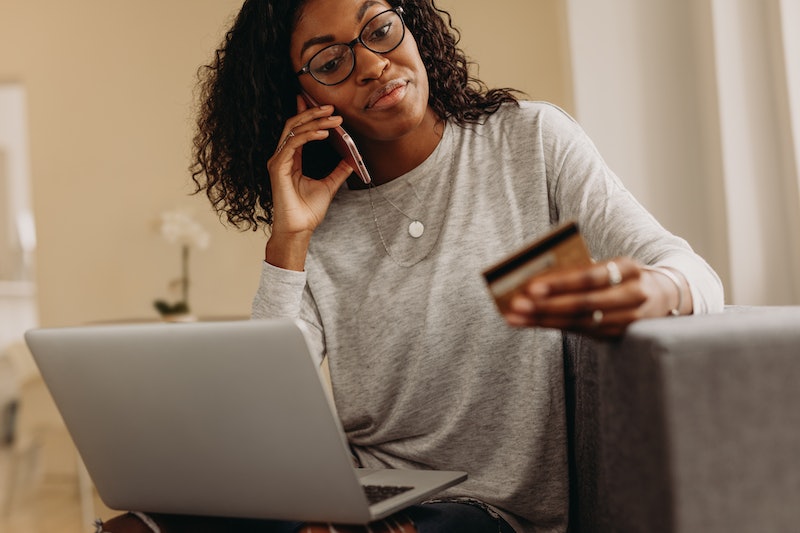 Government research has already shown that individuals from Black, Asian and minority ethnic (BAME) backgrounds are at greater risk of dying of coronavirus that white Britons. Separately, another report found that women have been bearing the emotional, financial and academic brunt of the pandemic. Now, a new study, conducted by gender equality charity The Fawcett Society, has found that BAME women in the UK are suffering greater financial and psychological consequences of the pandemic than their white counterparts.

This new data, collected by research agency Survation on behalf of the charity, found that BAME women were "consistently highlighted as particularly vulnerable to the economic and social impacts" of COVID-19. They also reported the lowest levels of life satisfaction and happiness.

Overall, the study found BAME women were more likely to be "worried about being in debt as a result of the coronavirus outbreak," the briefing reads. A quarter of BAME mothers surveyed said they were struggling to feed their children. Over half of BAME women (and men, on top of that) reported an increase in anxiety as a result of working on the frontline during the pandemic.

Conducted in collaboration between The Fawcett Society, the Women's Budget Group, Queen Mary University of London and London School of Economics, the survey collated the answers of 448 BAME women, 401 BAME men, and 1,308 white women. Topics ranged from poverty and debt, to work and employment, access to support, and health and wellbeing.

The findings also suggest that a higher proportion of BAME people (41% of women and 39.8% of men) are working more than before the pandemic, "compared to white people (29.2% of women and 28.5% of men)." The data found that those from BAME backgrounds, "particularly Indian, Black African and Black Caribbean people are over-represented in key workers jobs, especially front-line health and social care roles, compared to white people." On top of that, BAME women are more likely to be in these positions than men.

Of those not employed due to disability and retirement, twice as many BAME women and men reported they had recently lost support from the government (over 42% and 48% respectively) than their white counterparts." Not only that, but over half of BAME women surveyed "said that they were 'not sure where to turn for help' as a result of the coronavirus pandemic, compared to 18% of white respondents.

To help effect change, The Fawcett Society recommends that relevant government departments take necessary steps to alleviate pressures detailed in the report, "including removing barriers to social security, increasing economic support, and ensuring that people can work or isolate safely," as per The Guardian. Increasing child benefit, the study says, would "help get support to those who need it most."

"It is crucial that the government carries out and publishes meaningful equality impact assessments on the impact of both the virus itself and their policies in response to it,” said Mary-Ann Stephenson, director of the Women’s Budget Group.

More like this
Here’s Where The NHS Nurses’ Strike Currently Stands
By Sophie McEvoy
Pret & Costa’s Coffee Is The Strongest On The High Street, According To Which?
By Sam Ramsden
Gen Z Are Twice As Likely To Identify As Queer, According To New Data
By Sam Ramsden
This Is When Netflix Is Going To Start Charging You For Sharing Passwords
By Darshita Goyal
Get The Very Best Of Bustle/UK
Sign up for Bustle UK's twice-weekly newsletter, featuring the latest must-watch TV, moving personal stories, and expert advice on the hottest viral buys.