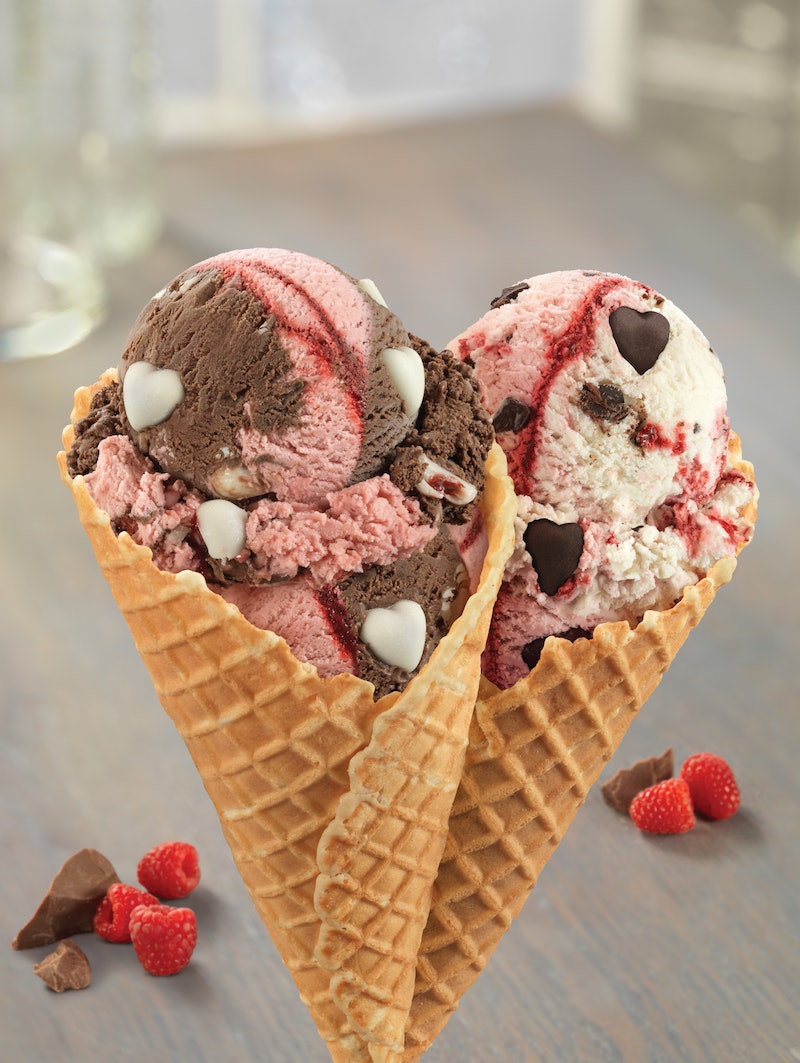 We may all be accidentally writing "2018" instead of "2019" for a couple more months, but Baskin-Robbins is ready for everyone to move on with the new year and start celebrating its first big food holiday. Ahead of Valentine's Day, Baskin-Robbins has brought back Love Potion #31 ice cream, a pink and red treat filled with hearts. And in addition to that, they have a few more offers ice cream lovers might be interested in this month.

Since it's not yet February, some more Valentine's Day desserts are probably still on the way, since those aren't usually released until then. (Perhaps the conversation heart ice cream cakes will come back.) It seems that the chain just wanted to get the Love Potion ice cream out there early this year. It's possible that Love Potion won't end up being the Flavor of the Month for February, either, since it will have already been released. In fact, last year there was a new February Flavor of the Month, Cannoli Be With You, which had "mascarpone ice cream, chocolate chips, cannoli shell pieces, and roasted pistachios."

While we don't know February's flavor yet, Baskin-Robbins did just announce January's Flavor of the Month, Brownie Bar Mashup. The new flavor is described as "a delicious combination of traditional chocolate and blonde brownies" that "delivers on two delicious brownie flavors in one bite." Here's what it looks like:

And, in addition to both of these featured flavors, Baskin-Robbins has two deals going on this month. First, they have ice cream cakes starting at $12.99, which are available to order and customize online. Second, since this month has 31 days, customers can get a regular or kid-size scoop of ice cream for $1.50 on January 31 as part of the Celebrate 31 promotion. Celebrate 31 happens on the 31st day of each month that has a 31st day, so there will be six more opportunities after this. Make sure you keep track!

Brownie fan, Valentine's Day fan, raspberry fan, or fan of discounted things, Baskin-Robbins has something for you this month. Well, as long as you're also an ice cream fan.