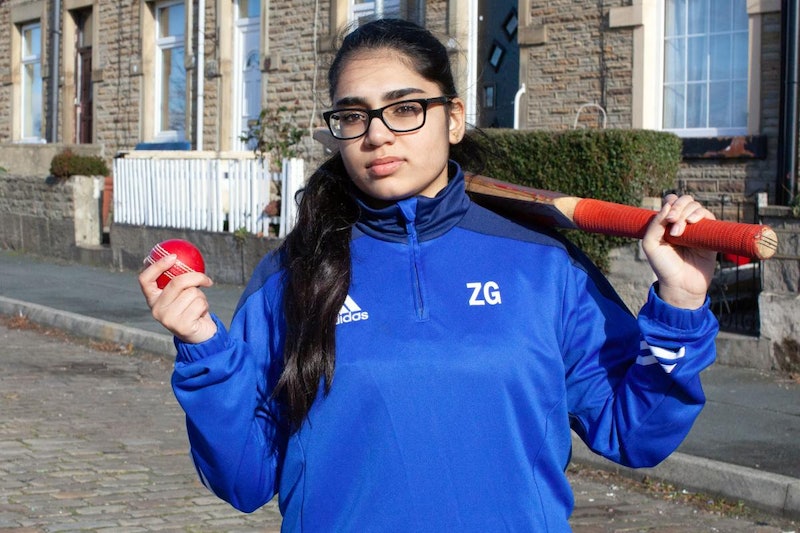 Women's sport often flies under the radar, especially when it comes to the bit hitters (no pun intended): football, rugby, and boxing. Another guilty offender is cricket, which is rarely thought of as something that women might want to get involved in. That's where Bats, Balls And Bradford Girls comes in. This BBC Three documentary tells the story of the first British all-Asian girls’ cricket team as they train for their last ever tournament during the course of summer 2018.

According to the Guardian, previous to playing the game themselves, the girls on the team had only ever experienced cricket via the TV screen while watching it with male members of the family. Their love for cricket was cemented from a young age age, despite not having the opportunity to play it.

However, that all changed four years ago when the girls started playing at school. Carlton Bolling College to be exact. The girls took to the game "like naturals," according to the BBC, which is utterly amazing considering the only experience they had of cricket before was as bystanders. Even with only a smidge of experience, but a shed load of determination, the team began winning tournaments.

The documentary, however, is about a whole lot more than cricket. It is about the experience of being a teenager, the close bonds of friendship, and the complexities of growing up as a young Muslim woman in the UK. On the last point, Cricket Yorkshire writes: "Along the way, [the girls] have broken down cultural barriers in the Muslim community by showing that girls can play cricket too and also do their families proud. They’ve had to push against strongly-held views that girls should not be involved in sport but study and stay at home instead." In the trailer for Balls, Bats And Bradford Girls, team member and narrator of the documentary Zainab says:

"We just want to prove to everyone that if the boys can play cricket, we can. Girls are not supposed to stay in the kitchen. Cook, clean, make sure their husband is fed, make sure their children are fed. They've got more to life than that."

The show was filmed over the course of the girls' post-GCSE summer, according to the BBC, and the tournament we see them working towards is the last opportunity for them to reunite before they all go off to separate universities. You can't help but feel complete and utter love for these young women, whose journeys are utterly inspirational and, at times, heartbreaking.

One team member in particular, Jasmin, has a truly heartbreaking story. She is a born athlete, having previously played football for Bradford City under-18s, the Guardian reports. Her family have been dealt many blows of the years, including the loss of Jasmin's father, who died in a refugee camp when she was just three months old, the BBC reports. The family were then devastated once again after a car crash left Jasmin's mother partially paralysed. Jasmin is one of her mother's carers, meaning when the opportunity of a lifetime fell at her feet — a football scholarship to a top U.S. school — she chose to decline in order to care for her mum and family. Speaking about the decision, Jasmin said: "I chose my mother and my family over the scholarship. For me, family is right at the top."

Whether you are a complete sporting obsessive or you don't know your cricket from your wicket, the story of these girls and their passion for the game they love will leave you awestruck.