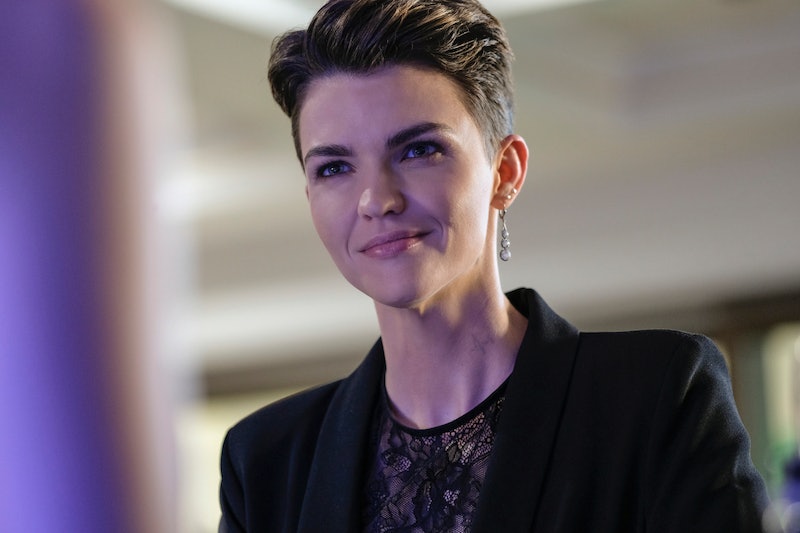 Ruby Rose's exit from Batwoman shocked the world, but what surprised fans even more was the show's recent decision to introduce an entirely new lesbian character in Season 2, rather than simply recast the role of Kate Kane. On Wednesday, June 10, Batwoman producers clarified Kate Kane's fate after Ruby Rose's exit, hoping to eradicate fears from fans and the LGBTQ community that the beloved character would be erased from the DC Comics show entirely.

Writer and executive producer Caroline Dries posted a statement to Twitter in which she said that she understood fans' concerns that the show was playing into a TV trope of sidelining LGBTQ characters. "As a lesbian who’s been working as a writer for the past 15 years, I’m well aware of the 'Bury Your Gays' trope and I have no interest in participating in it," she wrote. "My comments about recasting Batwoman have launched a storm of rumors and misinformation and I wanted to clarify something. Like you, I love Kate Kane — she’s the reason I wanted to do the show. We’ll never erase her."

Although she didn't divulge any plot details for the next season, Dries clarified that Kane would not be killed off and would still play a small part in the next season. "In fact, her disappearance will be one of the mysteries of season 2," she revealed. "To all our devoted fans, please know that LGBTQ+ justice is at the very core of what Batwoman is and we have no intention of abandoning that."

While some fans were relieved to hear that Kate Kane will not die next season, most fans still urged Dries and the Batwoman team to just recast the role instead, arguing that lesbian characters are not interchangeable and that Kate Kane's history and life is too embedded into the show for it to be re-focused on an all-new character.

The show has not directly addressed these concerns, and is currently casting a new lead character named Ryan Wilder, who gradually becomes Batwoman's successor. “I’m inventing a whole new character who in her past was inspired by Batwoman, so she will take on the mantle and is completely maybe not the right person at the time to be doing it, so that’s what makes it fun," Dries told Deadline about the new role. Hopefully, if producers move forward with this plan, she sticks around for more than one season.