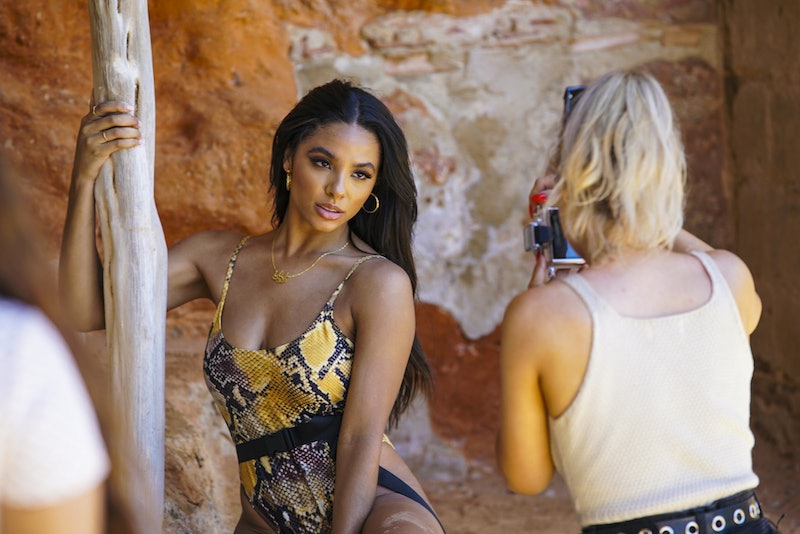 Fast fashion has had its (rightful) critics. Cheap collections churned out every few days are hardly beneficial for the amount of wardrobe waste in the average person's life. Yet BBC Three's Breaking Fashion documentary seems to prove that, sadly, this business strategy isn't going anywhere any time soon.

The six-part series focuses on In The Style: a Manchester-based brand that only opened its virtual doors in 2013. Founded by relatively young entrepreneur Adam Frisby, the company now has a turnover of £30 million, according to the BBC, and is on its way to rivalling the UK's fast fashion giants.

32-year-old Frisby's success story is framed as inspirational. He began by buying six dresses from a wholesaler and selling them on for triple the price via social media, reports the Eastern Daily Press. Eventually, he cottoned on to the power of the influencer. Now, In The Style partners with several each year on exclusive collections and campaigns.

It's this that Breaking Fashion focuses on. Most of the six episodes involve some kind of celebrity influencer, including Love Island winner Dani Dyer, Emily Atack, and Lottie Tomlinson. Instagram queen Lorna Luxe also features along with body positivity spokesperson Chessie King.

The series explains that In The Style will be creating a new collection every two weeks in a bid to increase summer sales. Each episode dives into the trials and tribulations of working with influencers, financing lavish shoots, and the general speediness of the fast fashion industry.

Lorna Luxe's latest collaboration with the brand takes up the entirety of the first episode. With almost a million followers, she is practically able to call the shots and has her request for a shoot in the south of France granted by the team. It costs In The Style £20,000 and is fraught with problems when the right sample size fails to appear, leaving Frisby with just 48 hours to make and ship the correct size.

Similar issues are seen in future episodes. An item from Dyer's collection arrives in the wrong colour. The team is concerned that Tomlinson's designs are a little too niche for their mass market audience. And Atack's shoot is redone when her confidence is knocked by the media's body-shaming comments.

"When people think, 'Oh, it's fast fashion, that means they're not sustainable, that means they don’t care,' I like to challenge that," Frisby tells the camera. As Refinery29 points out, it's unclear exactly how the brand presents those challenges.

Pricing wars are also alluded to. A bikini that costs just £5.80 from a rival brand seems to cause concern among the In The Style team. Prices like these, and Missguided's infamous £1 bikini, are "too good to be true," Sass Brown, a lecturer at the Manchester Fashion Institute, told the Guardian.

The environmental cost of continually producing, buying, and throwing away clothes is well-documented. According to the Environmental Audit Committee, 300,000 tonnes of clothing are thrown in the bin every year in the UK. 80 percent is incinerated while the rest is relegated to a landfill site.

There's a human cost too. As Bustle UK reported in its first fashion issue, only two percent of garment and textile workers earn a living wage. The more pressure clothing factories face, the less humane working conditions tend to become.

Breaking Fashion is an eye-opening, and no doubt entertaining, look into a dominating fashion industry force. But it's important to remember that the cycle is reaching a critical point, and needs a radical shift to truly become ethical.