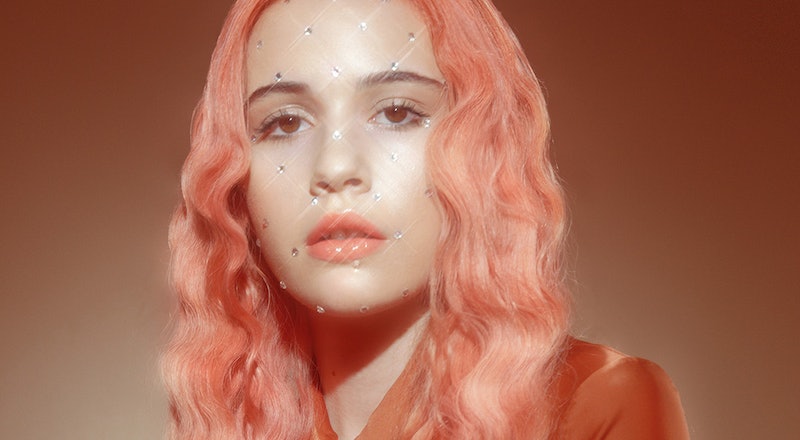 At 20 years old, Bea Miller already has a lot of impressive accomplishments on her resume. Not only was she among the final nine contestants on the second season of America's version of X-Factor in 2012, she's released two albums, toured with Demi Lovato and Fifth Harmony, and in January, was named one of 100 people going to take over 2019 by Paper magazine. Most recently, she released "it's not u it's me" with 6Lack, the first single off her still-untitled upcoming third album, out later this year. In a phone interview with Bustle, Miller reveals the reason she wrote the track, explaining that it came out of the desire to "write a self-love song that wasn't corny", all about making sure to "prioritize yourself."

"Yes, other people will be there for you and care for you in your life, but ultimately the only person who can care about you the most is you," the singer explains. "Because you're the one who's with you every second of every day and if you're not happy, it's really difficult to make other people happy and make other people feel good around you."

The terms "self-love" and "self-care" are often associated with things like face masks, a girls' night in, or just spending a relaxing day by yourself. What Miller focuses on in the single, though, is taking people out of your life who aren't the best for you or your personal growth, especially when they don't put in the same effort you do in maintaining the relationship.

"I remember just walking into the studio that day and expressing that I felt like, for a lot of the people in my life, I was doing so much for them, and it wasn't reciprocated." Miller says, "It gets to the point where you're focusing so much on other people that you start to lose yourself a little bit.. it's not really compromise anymore, and it's more just shedding pieces of yourself in order to make somebody else happy. And I think when it reaches that extent, you have to make the decision to let go."

For "it's not u it's me", Miller flipped the famous break-up line so that it wasn't an excuse for splitting with someone, but rather a solid explanation that, "No, this is for me and myself now... in order to be the version of myself that I want to be, I can't necessarily have all these people who are here around me anymore."

The single is even stronger thanks to its feature from 6LACK, who got involved after self-proclaimed "fangirl" Miller told her team she wanted him on-board. "[I always thought] that we would sound really cool together," the artist says. "It was completely the craziest, most random thing at the time, and then when I got the verse [that he wrote] back, I absolutely was just obsessed. I fell in love."

Miller is no stranger to songwriting herself, having written nearly every song for her 2018 album, Aurora. That experience, her first major project as a writer, greatly impacted her process in creating tracks for the new record. "[Aurora] was when I finally had freedom to discover who I was as a songwriter and the things that I wanted to say," says Miller. "That was really a huge step towards the music I'm making now."

The singer's first headlining tour, the Nice To Meet U tour, kicks off later this April, and Miller says she's been waiting to do this since she started making music years ago. "I'm excited to make the stage and the show just look and feel the way that I've always wanted it to, the way I always knew it could," she says.

The idea of being the tour's main act, rather than an opener, is also thrilling. "It's one thing to know your fans are out there listening to your music. But it's a completely other thing to walk out onto stage and see them screaming words that you wrote that came from you that really represent a part of who you are," Miller says. "It's really a beautiful thing to be reminded that something that you did in a little studio... ended up connecting to so many people and being meaningful to people beyond just yourself."

Miller may just be hitting her momentum in the music game, but she has a clear vision for who she wants around her, what she wants to sing, and how she wants to present herself on tour — self-care goals, for sure.

More like this
Kanye West Apologizes To Kim K "For Any Stress I Have Caused" In Rare Interview
By Jake Viswanath
Adam Levine Denies Having An Affair — But Admits He “Crossed The Line”
By Jake Viswanath and Radhika Menon
Lauren Lyle Is Keeping The Contents Of Karen Pirie’s Bum Bag A Mystery
By El Hunt
On 'The Handmaid’s Tale,' Christine Ko Fights Back
By Gretchen Smail
Get Even More From Bustle — Sign Up For The Newsletter