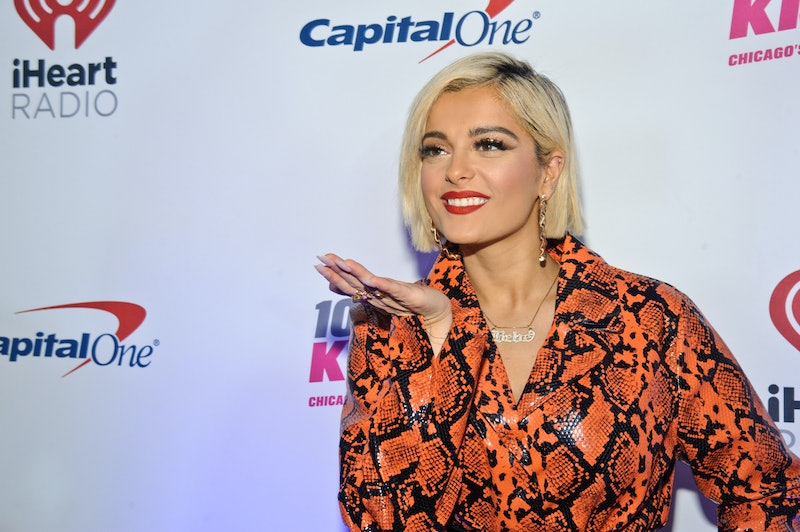 What a blow for inclusivity and a reminder that while we've come a long way, there's still a long, long way to go. Singer and multiple nominee Bebe Rexha revealed that she can't find a Grammy dress due to her size. It's a time in which she should be celebrating her professional accolades. Fashion houses should be clamoring to dress her because she is beautiful, talented, and will most certainly be photographed and appear on camera, generating publicity for herself and them at Music's Biggest Night. That's because she is nominated for Best New Artist and Best Country Duo/Group Performance.

Instead, Rexha got real and raw. She shared that she is stressing over finding a designer to dress her. This situation is a reminder that most women aren't sample sizes and those sizes are not the standard.

Rexha, who said she wears a size 6 to 8, revealed the dilemma on her Instagram feed. Wearing no makeup and looking beautiful, she lamented, "So, I finally get nominated at the Grammys and it's like the coolest thing ever. And a lot of times artists will go and talk to designers and they'll make them custom dresses to walk the red carpet, right? You go to any big designer. So I had my team hit out a lot of designers and a lot of them do not want to dress me because I'm too big."

Fans and the fashion industry showed their support.

Commenters were outraged over this situation — rightfully so. It's ridiculous that Rexha can't find a dress designer. It's not the first time this has happened to a celeb, though. The hilarious and gorgeous Leslie Jones was vocal about no one wanting to dress her for a premiere in 2016.

Bebe Rexha ain't playing fashion games, either. She is not here for size discrimination and designer snobbery. Hey, designers who dissed the singer. Check out how hard she slays a gown and a red carpet.

In the post's caption, Rexha furthered, "I'm sorry, I had to get this off my chest. If you don't like my fashion style or my music that's one thing. But don't say you can't dress someone that isn't a runway size. Empower women to love their bodies instead of making girls and women feel less then by their size. We are beautiful any size! Small or large! Anddddd My size 8 ass is still going to the Grammys. #LOVEYOURBODY."

No need to apologize, Bebe. You have every right to be furious over this size snub.

PEOPLE also noted that designer Austin Getty commented on the post and offered his services. Therein lies the positive power of social media. Rexha very well could locate her dream designer via Insta. While she shouldn't have to search far and wide to find someone, she may end up giving the designer who answers the call a huge break. Still, she should be able to pick and choose from many — since that's why designers create and loan dresses to celebs at red carpet events. It generates symbiotic publicity. Also, red carpets are also massive platforms that can spread the important message to young girls who are tuning in that a woman's value is not size-dependent.

Overall, it's a major bummer that Rexha ran into such difficulty and rejection from designers. Her situation reminds us that representation of all sizes remains a critical issue in fashion regardless of one's level of fame.