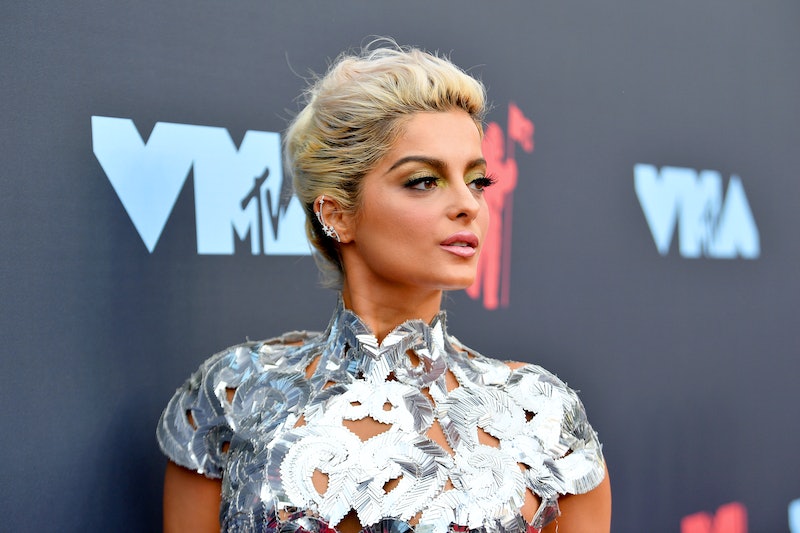 Procrastination isn’t just a famous SpongeBob Squarepants episode. It’s part of everyday life where even the most prepared people on the planet learn to finesse. Bebe Rexha’s Cristian Siriano dress was made two hours before the VMAs, and to say it’s an amazing last-minute effort is the understatement of the year.

The “Me, Myself, & I” singer took the red carpet by storm in a sleek silver warrior slit dress. The outfit in question doesn’t even look like it’s made of fabric, but rather armor with its high-neck collar and stiff shoulders. The short modern gown was so stunning you’d be shocked to know it was made in just two hours. Rexha told Access Hollywood on the carpet that designer Christian Siriano was the man with the lightning-swift hands behind her last-minute VMA dress.

“I picked out this VMA look two hours ago,” Rexha said. “I’m wearing Christian Siriano. He showed up two hours ago and literally made this. It’s insane.”

According to Insider, the singer’s publicist confirmed “everything happened today” including Rexha’s actual fitting before the red carpet.

Rexha further explained in her interview that her two-hour masterpiece had to be done in such short notice because she’s currently touring with the Jonas Brothers and didn't have the time for a fitting.

Siriano has been known to include plus size models in his runway shows as well as design and offer extended sizing in his collections. Naturally, Rexha didn't hold back the fact that she also loved the inclusive aspect of Siriano's fashion.

"So incredible, so inclusive, like loves every body type and I appreciate that," Rexha said. "I grew up thinking I had to be a pop star that was super skinny. I'm not that. This is who I am, curves and all, and cellulite."

The singer has continued to prove herself as an advocate for promoting self love and putting body shamers and ageists in their place.

In June, Bebe Rexha clapped back at commenters who had called her "tubby" under a bunch of her Instagram photos.

"Unless you are completely perfect you have no f**kin righ to talk about anybody else's body," Rexha wrote on Twitter. "The hate you breed that stems from Insecurity don't look pretty on you."

However, after she ended her full-on read, she left one last heartfelt tweet for her fans to relate to.

Later in August, Rexha called out the double standard in music when a male music executive claimed her brand was confusing because she was a songwriter who also posted sexy photos on Instagram.

In her post, Rexha said the music executive claimed that it was "not what female songwriters are suppose to do, especially for my age. I'm 29."

Bebe Rexha isn't one of the typical pop stars who had previously led beauty trends, but it's clear that she doesn't want to be. In a world where every body is different, this singer is good with the one she has to work it on stage.