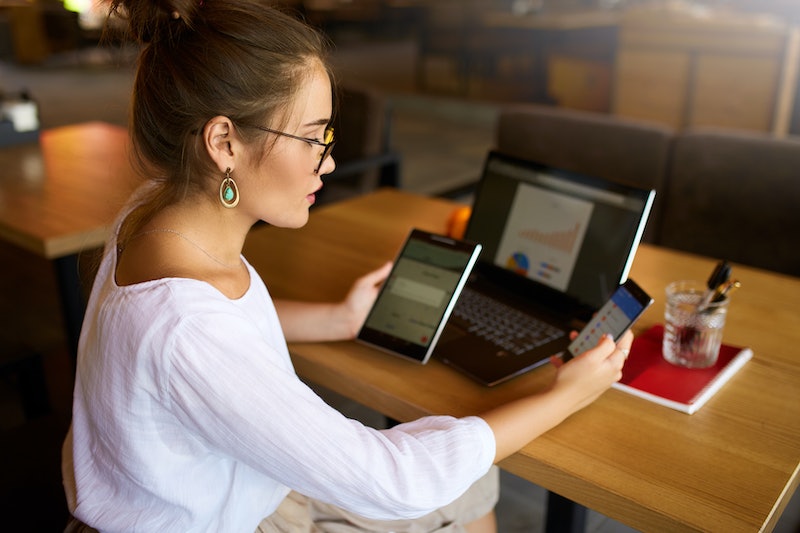 Being a perfectionist — demanding constant high standards from yourself across all aspects of your life — can have pretty negative effects on your mental and physical health. Perfectionists tend to have higher rates of depression than the rest of the population, according to studies, and research has linked perfectionist tendencies to higher blood pressure and higher rates of chronic pain conditions. The reason? Perfectionists tend to have a trait called "self-criticism," meaning they berate themselves for failing their own standards and push far too hard to achieve their goals. But like most things in life, there isn't just one side to this particular coin. Being a perfectionist can actually be good for your health — provided it's managed properly.

"Perfectionism is looked at as a problem because of the overthinking, over-analyzing, over-planning, stressing, and worrying that come with it," psychotherapist Evayne Lawson of the Self + Love Center tells Bustle. But there are ways in which it can be helpful for mental and physical health, even if they seem rather unexpected. And the key to understanding the healthy potential of perfectionism comes from investigating it a little further. Millennials are very likely to be perfectionists, according to a study in 2018 — I've had a lot of therapy around unlearning my perfectionist tendencies — but if it's a part of your make-up, it could also be a force for good. Here are a few ways to use your perfectionism to your advantage, when it comes to health.