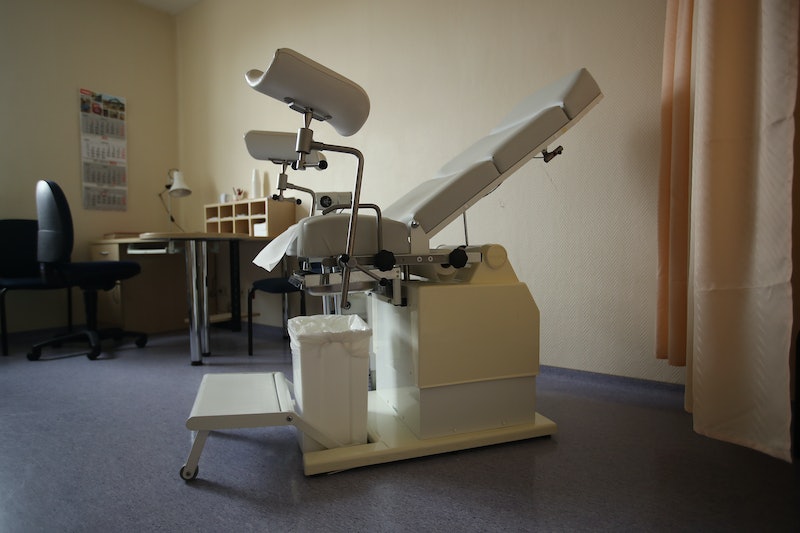 As new legislation seeks to tighten abortion access across the United States, new research shows that people who are turned away from abortion clinics face an uphill battle afterwards. The financial effects of being denied an abortion can be devastating, leading to higher risks of credit card debt, bankruptcies, and even evictions for six years afterwards, the new analysis shows. Abortion is just as much about financial security as it is about bodily autonomy, say researchers — and restricting access puts them both seriously under threat.

The working paper, published by the National Bureau of Economic Research, looked at a research project known as The Turnaway Study, which follows nearly 1,000 abortion-seeking patients. These patients had sought abortions just under or over the gestational age limit to get an abortion at 30 different facilities across the United States from 2008 to 2010. One group of people had been allowed abortions; the others were turned away. The authors of the new study then examined both groups' credit scores, debt, bankruptcies, and evictions in the following 10 years.

"The two groups were very similar before they became pregnant," lead study author Dr. Diana Greene Foster, director of research at Advancing New Standards in Reproductive Health (ANSIRH), tells Bustle. When patients were turned away from abortion providers, though, their financial well-being suffered. This group, the study found, is "more likely to live below the poverty level, more likely to report not having enough money for basic living expenses, and less likely to have full-time employment," Foster tells Bustle. They were also 78% more likely to have outstanding debt and had a 81% higher chance of being evicted or declared bankrupt.

There are two issues at play when it comes to finances and abortion. "Financial reasons are the most common reasons women give for seeking an abortion," Dr. M. Antonia Biggs, Ph.D., a senior researcher at the University of California San Francisco and a researcher on the Turnaway Study, tells Bustle. "They feel they cannot afford to raise a child or another child." Data from the Turnaway Study shows that people who've been denied an abortion and have to carry the pregnancy to term are less likely to be employed full time and more likely to live in poverty, Biggs, who was not involved in the latest analysis, tells Bustle.

"They feel they cannot afford to raise a child or another child."

Being denied an abortion affects your financial life in other ways, too. "Women who live in states with oppressive policies toward abortion are less likely to change jobs into a higher paid occupation," Dr. Kate Bahn, director of labor market policy at the Washington Center for Equitable Growth, tells Bustle. That means people can't invest in their careers or take better opportunities, and will lose out on potential earnings over their lifetime.

Part of the problem, experts say, is that people aren't sufficiently supported by the government when they experience financial difficulties as a parent. "Our current public welfare social support for low-income women and children is insufficient to keep them from poverty and hardship," Foster says.

"We know that allowing women to get the abortions they want can help them escape poverty," Biggs says. "Yet policy decisions restricting abortions are made with the claim that abortion harms women."

Financial distress is just one long-term effect of being denied an abortion. "Physical health, short-term life aspirations, and economic well-being are all adversely affected by not being able to get a wanted abortion," Foster says. Research has shown that being denied an abortion can significantly increase mental health issues such as anxiety and depression, increase risk of financial hardship, and may cause worse health outcomes. It's also tied to increased risk of domestic violence. Finances are just one part of a very difficult reality.

That's why policymakers and voters need to understand the effects of forced motherhood. "It's imperative that people support laws that reflect this evidence, that policymakers weigh the evidence on the effects of abortion on women and their families," Biggs says, "and most importantly we must all trust women to make their own decisions."