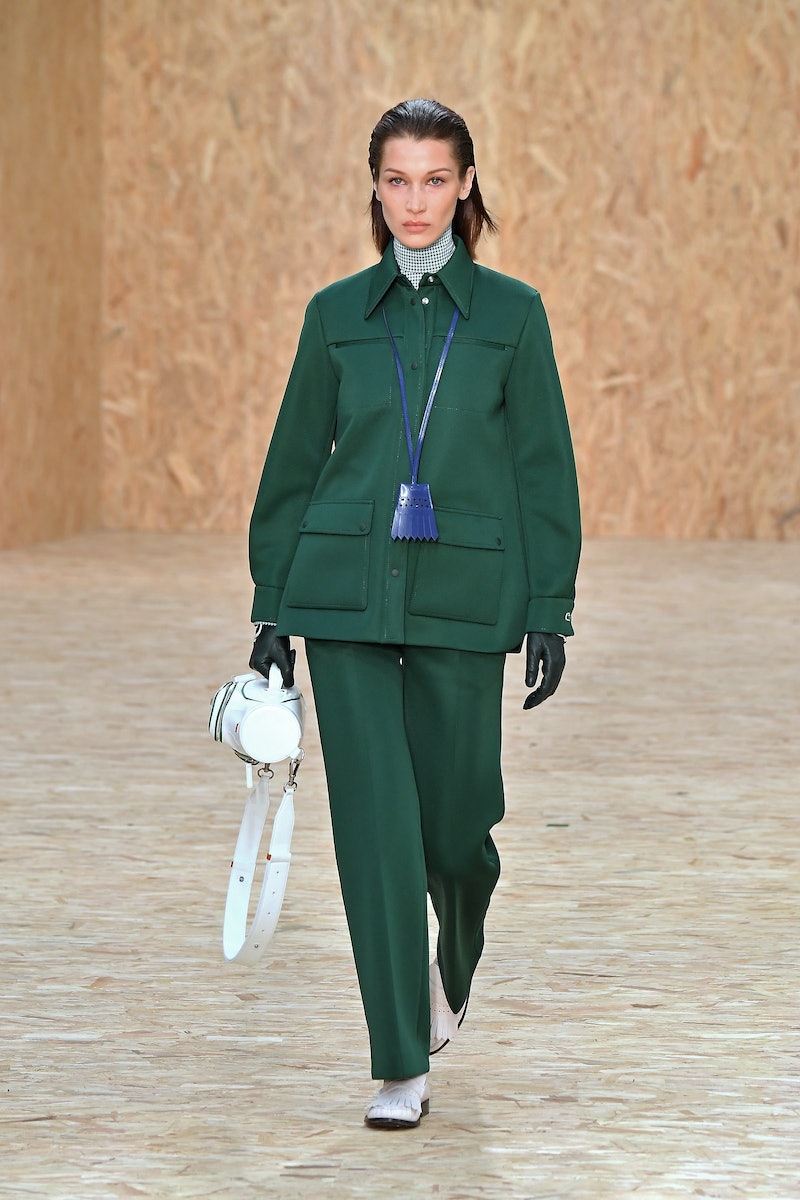 Bella Hadid trolled fans just a few days ago when she used a filter to fake a quarantine dye job. Now, though, she's made an actual hair change: Hadid cut her bangs while social distancing, and they look great.

In slides posted to her Instagram Stories, Hadid showed off wispy bangs that fall just below her eyebrows. In the clips, the model's new look appeared to be slightly asymmetrical, and she brushed the newly-shorn hair to the side for an early aughts-style side 'do. In other clips, the fringe also seems to work when worn wispy and straight over Hadid's forehead.

In follow-up posts, Hadid asked followers to vote on whether they'd want her to be in charge of their next trim, and an overwhelming majority of her followers said they'd feel just fine about passing the shears to the model.

They're not the only ones. Hadid appears to be social distancing with a friend named Leah, who allowed the model to cut her bangs as well. Although Hadid's followers didn't get to see Leah's final look, the newfound hair stylist added a caption to a video of her brushing Leah's bangs forward and saying that she loves them.

Before you grab a pair of shears, though, consult the experts on how to cut your bangs at home.