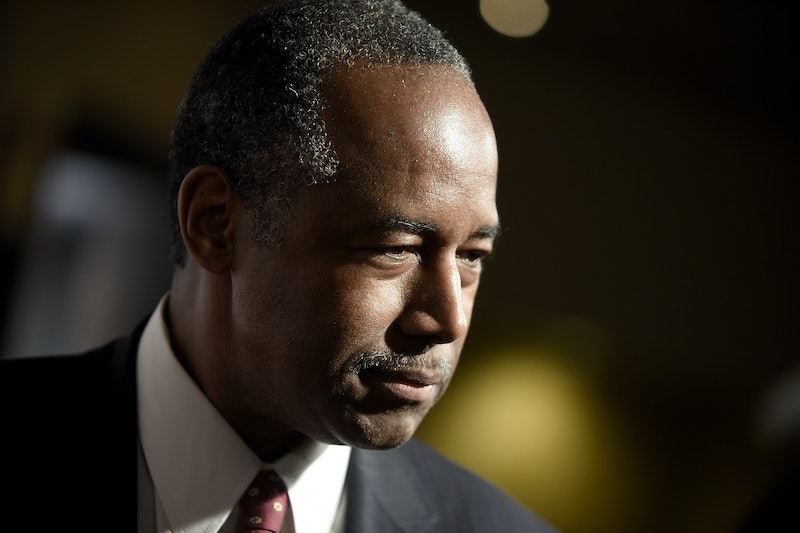 The Department of Housing and Urban Development (HUD) announced plans Monday to amend an Obama-era fair housing rule Ben Carson called "suffocating" and "impeding." Although HUD is still developing a proposal for how it will overhaul existing Affirmatively Furthering Fair Housing (AFFH) regulations, the agency has invited public comment on potential amendments.

According to HUD the Obama administration implemented what's know as the AFFH Final Rule in July 2015. It required certain HUD grantees to conduct assessments to actively help communities identify and address challenges like racial segregation and discrimination and and "significant disparities in housing needs." The AFFH Final Rule was meant to be a means of providing communities with a method of reviewing and establishing goals and priorities for tackling whatever barriers to fair housing exist.

But in a notice inviting public comment on still-developing amendments, HUD described the rule as "ineffective," prompting a need for "a new approach toward AFFH." The agency went on to claim the Obama-era rule was "not fulfilling its purpose to be an efficient means for guiding meaningful action by program participants."

In a statement released Monday, Carson offered up his own criticism of the Obama administration's AFFH Final Rule. "It's ironic that the current AFFH rule, which was designed to expand affordable housing choices, is actually suffocating investment in some of our most distressed neighborhoods that need our investment the most," Carson said. "We do not have to abandon communities in need. Instead we believe we can craft a new, fairer rule that creates choices for quality housing across all communities."

Carson went on to claim the rule "often dictated unworkable requirements and actually impeded the development and rehabilitation of affordable housing." He maintained that HUD believed not only in the purposes of the Fair Housing Act, of which AFFH is a part of, but also "that states, local governments, and public housing authorities further fair housing choice."

It is perhaps not altogether surprising that HUD has announced plans to overhaul the Obama-era rule. According to The Hill, HUD stopped having state and local governments file plans as required under the rule in January and recently pulled its Local Government Assessment Tool, which had previously been available to help local governments comply with the rule. In a press release Monday, HUD claimed the tool "was confusing, difficult to use, contained errors, and frequently produced unacceptable assessments, and otherwise required an unsustainable level of technical assistance."

As part of its effort to revamp the Obama-era rule, HUD announced Monday that for the next 60 days it would accept public comments regarding changes to the rule that: "(1) minimize regulatory burden while more effectively aiding program participants to meet their statutory obligations, (2) create a process focused primarily on accomplishing positive results, rather than on analysis, (3) provide for greater local control and innovation, (4) seek to encourage actions that increase housing choice, including through greater housing supply, and (5) more efficiently utilize HUD resources." Those interested in submitting a public comment may do so via mail or online through the Federal eRulemaking Portal.

Carson called the agency's decision to invite public comment on proposed amendments to AFFH an opportunity to "get this regulation right by first listening and learning from those who must put these rules to work and live with its impact."

More like this
'The Capture' Is Finally Back – & S2 Looks Tense AF
By Sophie McEvoy and El Hunt
The Lionesses Are Calling For Equal Access To Football In Schools
By Sophie McEvoy
Monica Lewinsky Wants Beyoncé To Change “Partition” Lyrics Amid Recent Song Edits
By Grace Wehniainen
25 Things I've Reduced My Life To, In Addition To WFH In My PJs
By Ginny Hogan
Get Even More From Bustle — Sign Up For The Newsletter